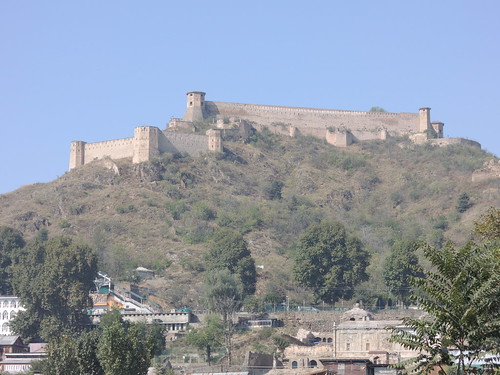 Indian-administered Kashmir has completed a full month under the siege of brutal Indian forces where the unrelenting communications blackout and curfew have brought the normal life to a standstill with markets shut and public transport off the roads since August 5 when Prime Minister Narendra Modi revoked the special status of the disputed territory.

According to Kashmir Media Service, the occupied valley remains cut off from the rest of the world since Aug 5, the day India scrapped Jammu and Kashmir's special status, due to the continued blockade and suspension of internet, mobile and landline phones and closure of TV channels.

Independent media reports suggest that the worst type of humanitarian crisis is looming large on the horizon of the occupied territory as people are facing acute shortage of food, medicines and other necessities. Hospitals have run out of medicine stock, while staff finds it difficult to turn up for duty due to curfew and strict restrictions.

Since August 5, over 11,000 political leaders and workers have been placed under house arrest or in jails, according to media reports. A good number of young boys as old as 12 years of age have been picked up by the Indian forces during night raids and shifted to unknown locations. The family members of the abducted youth are unaware of the fate and whereabouts of their dear ones.

The Indian government's lengthy shutdown of the internet and telephones in Jammu and Kashmir inflicts disproportionate harm on the population and should be immediately lifted, Human Rights Watch said on August 28. The disruption to services since August 5, 2019, has exacerbated an information blackout, stopped families from communicating, prevented people from accessing medical services, and disrupted the local economy.

"The Indian government's indefinite shutdown of phones and the internet in Kashmir is causing disproportionate harm and should be lifted immediately," said Meenakshi Ganguly, South Asia director at Human Rights Watch. "The restrictions are provoking anger, causing economic harm, and fueling rumors that are making a bad human rights situation even worse."

In Srinagar, the summer capital, Kashmiris told Human Rights Watch that they were angry and worried about the impact of the security restrictions on daily life. "In effect, the government has placed all of us in prison," a businessman said. "We cannot move freely. We cannot speak freely. Isn't that prison?" One woman said she had heard her mother, who lives in another town, was unwell, but could not call her or meet her: "If you cannot call your family, meet your mother, how is that normal?"

As India celebrates her 73rd year of independence from British rule, she stated, "" it looks very much as though our government has gone rogue" by turning "Kashmir into a giant prison camp. Seven million Kashmiris were barricaded in their homes, internet connections were cut and their phones went dead."

What India has done in Kashmir over the last 30 years is unforgivable. An estimated 70,000 people, civilians, militants and security forces have been killed in the conflict.

Amid vulgar celebrations misogyny on the internet and the statement of the chief minister of the state of Haryana, Manohar Lal Khattar, that Indians can bring girls from Kashmir "the loudest sound, however, is the deathly silence from Kashmir's patrolled, barricaded streets and its approximately seven million caged, humiliated people, stitched down by razor wire, spied on by drones, living under a complete communications blackout," she wrote.

Roy continued by saying that today Kashmir is one of the most or perhaps the most densely militarized zone in the world. More than a half-million soldiers have been deployed to counter what the army itself admits is now just a handful of "terrorists."