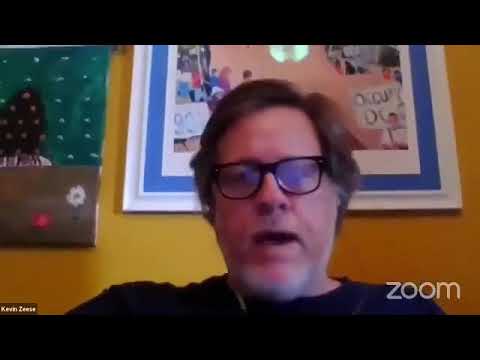 As I wrote last week, Kevin Zeese died unexpectedly in his sleep, likely from a heart attack, early in the morning on September 6. He had not shown signs of illness and was working until the end.

In his later years, Kevin's advocacy work expanded to include peace, economic justice, election integrity, single payer health care and much more. He often recognized issues as important before they were popular and had the courage to take them on even when they were controversial. He had a moral clarity that was unwavering and told the truth even when it was not what people wanted to hear.

Kevin also saw the potential in people and wasn't afraid to tell them. He touched the lives of and mentored countless people throughout his career. Kevin was the person many people turned to for guidance and assistance, whether it was helping them figure out what they want to do in life or what to do in a time of crisis or advice on strategy. People felt safe when Kevin was around because of his calm steadiness and he always seemed to know what to do. He was a gentle giant who looked out for everyone. He also had a great sense of humor and loved to laugh.

"Power to the people! We have the power to change if we stay united. We have incredible opportunity now. We see the movement's growing, especially after the Democratic National Convention and Republican National Convention. The conventions showed us that those parties do not represent the people and that our power is not in elections. Our power is in building people power and we see that happening.

Related Topic(s): Activism; Death; Economic; Issues; Kevin Zeese; Resistance, Add Tags
Add to My Group(s)
Go To Commenting
The views expressed herein are the sole responsibility of the author and do not necessarily reflect those of this website or its editors.