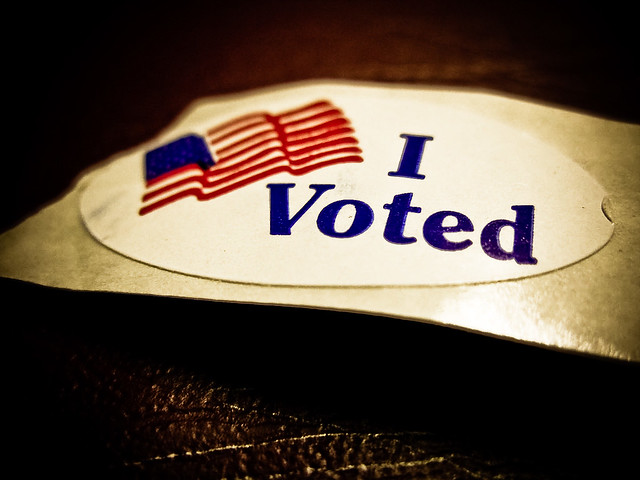 The Las Vegas strip may be the foremost place in America to escape from everyday life. But this past weekend's Def Con 27 conference -- for hackers, programmers, technologists, security experts, and anyone else on the frontlines of cyberspace -- was a sobering reckoning with America's fraught voting systems.

In virtually every corner -- in presentations, a "Voting Village" where college students took apart and reprogrammed currently used voting machines, hallway discussions with top government officials and cybersecurity experts -- what emerged was a stark, layered sense that the efforts to make America's election results more trustworthy for 2020 were, at best, barely playing offense against a spectrum of vulnerabilities and threats.

Focusing on the current state of voting systems at Def Con is like visiting a futuristic museum and finding oneself in a gallery of mechanical dinosaurs. When one hears about the latest trends in using and abusing data that flow online or over cell phone signal paths, one realizes that the best efforts to prevent disrupting the 2020 voting process or corrupting its reported results are akin to a cat-and-mouse game, where the best that defenders are doing is putting up spyware and walls to protect porous ancient systems.

The Voting Village exhibition room was filled with college computer science students who had little difficulty taking apart a half-dozen precinct-level voting machines and reprogramming the electronics, such as making cute videos appear on the screens. They could do that, not surprisingly, because the parts of many voting systems are commercially available, off-the-shelf elements. But scrutiny by the more seasoned computer programmers and voting system experts in the room came up with a list of security or programming flaws that was posted a few hours after Def Con closed.

What does this mean? The bottom line with today's digital devices and data landscape, whether or not the tools in one's hands are new or built from old parts -- as many voting systems are -- is that there is nothing that can fully safeguard against bad actors targeting any electronic machine. The best that can be done is redesigning the voting around hand-marked paper ballots, and then creating the processes that can independently double-check results.

There were many high-ranking state and federal employees, cybersecurity experts and members of Congress present, who, in open and in closed sessions, discussed what's being done to try to prevent meddling in 2020 with the various election computer systems. The most widely discussed federal effort was a new scanning system used by many states where any online attack targeting hardware or data processing in their elections system would be detected in real time -- and then alerts would be sent out.

When top state election and Department of Homeland Security officials were asked if hackers -- whether domestic or foreign -- could get around these detection systems, they replied possibly. That's because the internet and cell phone-based data systems have evolved to the point where basically everything -- text, voice, even encrypted data -- can be tracked, captured and manipulated without the person staring at the screen even knowing that is going on. Thus, digital defenses have become like a game of cat and mouse in cyberspace. This technological landscape has big implications for political disinformation, not just voting systems where many local officials report their election night results by cellular modems -- so the media has fast results to report.

The finish line in elections is counting votes and verifying the results in a way the public can trust. But as the country heads into 2020, there are very few new developments that will be in place to double-check the results in the closest high-stakes contests. States, of course, have post-election night procedures and recount laws. But these were mostly written in an era when ballots were shorter and simpler -- meaning there might not be enough time for verifying votes (and that's before political lawyers come in to impede the process, if that helps their clients win). Last November's three simultaneous statewide recounts in Florida were an example where some big counties couldn't finish recounting in time.

At Def Con, there was a remedy that was pushed by some of the computer scientists and election advocates who don't trust any use of electronics in vote counts. That process, called a risk-limiting audit (RLA), which some states have begun to require, uses drawings of random ballots to estimate whether the vote counting is likely to be 95 percent accurate. In close elections, the sample size blows up and becomes a full manual hand recount. RLAs have many pluses, but one big downside is they won't lead to quickly resolving close disputed results -- and will conflict with pre-existing legal recount laws (which are already deficient). The bottom line is they will not expeditiously help resolve who won, should they be in the middle of 2020's post-Election Day battles.

In one of the most high-profile Voting Village speeches, Sen. Ron Wyden, D-OR, made an impassioned plea for the audience to pressure Republican Senate Majority Leader Mitch McConnell to pass legislation providing multi-millions to states to upgrade their voting machinery. Wyden said this must occur in the next few weeks, while there is time left to acquire and install new systems this fall, as 2020's nominating contests begin next February. The problem, however, is that the newest voting systems pushed by the few vendors dominating the industry have some of the same flaws as the systems they are to replace. Of course, their software and hardware look more modern. But the industry, responding to many local election officials who don't want to spend time after election night interpreting sloppy ink marks on paper ballots, are pushing voting systems that mark all ballots electronically. The problem with that approach, as anyone roaming the halls at Def Con will soon realize, is that anything that is electronic can be preyed upon from behind the screens of the clients or the users (and very few people will know this has happened).

Moreover, the best new voting systems that are being designed now to get around these vulnerabilities are years away, at best, from being piloted, let alone deployed on a larger scale. That means, yet again, American elections are not well-positioned heading into 2020. That assessment has nothing to do with the dedicated efforts by many people and government agencies to harden computers and protect the vote. It's just that the basic technical architecture of legacy and new voting remains porous, especially as the nation's leading vendors are pushing computer-marked paper ballots (as opposed to hand-marked paper).

Many Def Con presentations discussed the evolution of electronic communications -- online and cell phones. Private electronic data and transmissions mostly have vanished today, even though most consumers don't know it. What this means for 2020's elections is not very encouraging for public confidence.

Just as the Department of Homeland Security will be helping states and counties to scan for any live attacks on their election computer systems, the most sophisticated political campaigners will be using much the same scanning tools to send countermeasure content to anyone who is targeted by dubious political ads and posts. Voters, who may not realize that they have been targeted from behind the screens of their devices, will end up in a partisan crossfire. Many voters will be left not knowing what's true -- a dynamic that will likely further erode public trust of election outcomes if the biggest 2020 races are not dominated by landslide turnout and wins.

Steven Rosenfeld  covers democracy issues for AlterNet. He is a longtime print and broadcast journalist and has reported for National Public Radio, Monitor Radio, Marketplace,  TomPaine.com  and many newspapers. (more...)
Related Topic(s): 2020 Elections; Computers; Election; Electronics; Hackers; Online; Recount; Software; Voting, Add Tags
Add to My Group(s)
Go To Commenting
The views expressed herein are the sole responsibility of the author and do not necessarily reflect those of this website or its editors.