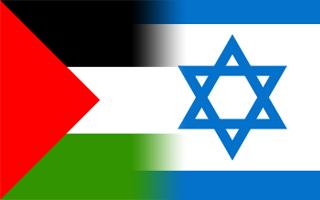 Israel has created a terrible problem which it is incapable of solving. That is why it has always been the case that the United States must pretty much dictate a solution, but it is unable to do so, paralyzed as it is by the heavy influence of Israel and America's own apologists and lobbyists.

A single-state solution would be acceptable to all reasonable minds, but you only have to follow the news to know that Israel contains a good many unreasonable minds. Its early advocates and founders were, quite simply, fanatics, and its policies and attitudes were shaped by that fanaticism.

The Israeli establishment could simply not accept a Palestinian population with equal rights and the franchise as part of Israel. They could not do so because they have embraced an almost mystical concept of Israel as "the Jewish state." Of course, the de facto reality of today's combined population of Israel and its occupied territories is that Palestinians, who importantly include not just Muslims but many Christians, are already about half of the total.

And there are physical realities forming huge barriers against a single state, things of which many people are not aware. Very importantly, fertility rates in Arab populations are considerably higher than in the European Ashkenazi population which forms Israel's elite. That has nothing to do with ethnic characteristics. It is a result of much lower levels of affluence influencing the behavior of people having children. It is a universal reality we see.

That's why Arabic populations are such relatively young populations with a high proportion of children. When Israel bombs a place like Gaza or Lebanon, as it does periodically, it always kills many hundreds of children because they make a big share of the population. An advanced country like Japan has low fertility and traditionally is averse to much migration. It faces a future with an aging and declining population.

All older European and North American countries have fertility rates too low to replace their otherwise declining populations. America or France or Israel or similar states simply do not have enough babies to replace their populations. That's a fundamental reality of advanced, affluent society. People with rich, demanding lives do not have large numbers of children, anywhere, knowing, as they do, that the few they do have will almost certainly survive and will better thrive with more concentrated resources.

That's the real reason behind most countries' immigration policies, not generosity or kindness. But, of course, Israel has a serious problem with immigration, too. As the "Jewish state," it is open to only one category of migrant, and that category of people makes a tiny fraction of the world's population. Further, most of that tiny fraction live in comfortable, affluent places, far more desirable to live in than Israel -- places like America, Canada, Australia, Britain, France, etc.

A single-state Israel would combine low fertility Europeans with higher fertility Arabic people, thus creating a long-term trajectory for a minority-Jewish state, a reality which would be repellent to all conservative Jews and many others, in light of the founding notion of Israel as a refuge from believed widespread anti-Semitism, plus the vaguely-defined but emotionally-loaded notion of a "Jewish state," and, still further, the biblical myths of God's having given the land exclusively to Jews.

You simply cannot make rational sense out of that bundle of attitudes and prejudices, yet you cannot get a rational solution to a massive problem otherwise, a problem, it should be noted, of Israel's own deliberate making in the Six Day War. Likely, when Israel's leadership started that war, they calculated that Palestinians would come to feel so miserable under occupation that they'd just pick up and leave over time. Moshe Dayan, one of the architects of the war, actually spoke along those very lines of keeping the Palestinians miserable so they would leave. But their calculations were wrong. Most people, anywhere, do not pick-up and leave their native place. Otherwise the world would a constant whirlwind of migrations.

Although Israel does not discuss the relative population growth rate situation in public, authorities and experts there are keenly aware of the reality. It is difficult to imagine them ever embracing a single state for this reason. When you found a state on ideology and myths, as Israel was founded, you very soon bump up against some unhappy realities.

So, if there is not to be a Palestinian state, what are Israel's other options? There seem to be only two.

One is to deport all or most Palestinians, an ugly idea which is probably also unworkable, although it has very much seriously been discussed among educated Israelis periodically. Apart from the Nazi-like connotations around such an act, who, on earth, is going to take literally millions of people from Israel? In the past, Israeli ideologues have seriously suggested both the country of Jordan and parts of Egypt contiguous with Israel as possibilities.

Can any realistic person believe those states stand ready to take millions of people in? No, of course not, but that hasn't stopped the ideologues of Israel from going back to the idea again and again. Of course, there is the pure ethical problem of moving millions against their wills and seizing all their property, but ethics have not never featured large in Israel's policies from the beginning.

John Chuckman is former chief economist for a large Canadian oil company. He has many interests and is a lifelong student of history. He writes with a passionate desire for honesty, the rule of reason, and concern for human decency. John regards (more...)

Related Topic(s): Israel; Israel And Palestine; Israel And Us Relations, Add Tags
Add to My Group(s)
Go To Commenting
The views expressed herein are the sole responsibility of the author and do not necessarily reflect those of this website or its editors.

A Strange, Soulless Man and His Failed Presidency

Understanding Modern Israel: Why It Is Driving the World Towards Madness

What America Has Become