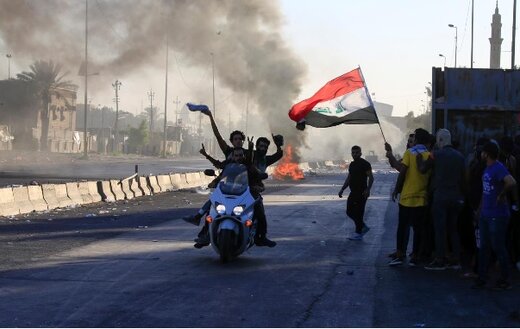 Time and again, when peaceful protests turn violent in various countries, US dirty hands are involved.

There's no ambiguity about months of protests in Hong Kong, US dirty hands all over them, local elements involved having met with Trump regime and congressional officials, as well as a US consular one in the city.

Nearly a week of violent protests in Baghdad and elsewhere in Iraq, killing over 100, injuring thousands, security forces among the dead and wounded, bear similarity to the US-orchestrated late 2013/early 2014 color revolution in Ukraine.

The Euromaidan uprising was and remains all about replacing independent democratic governance with pro-Western fascist rule controlled by the US.

Then-Estonian Foreign Minister Urmas Paet said "there is now stronger and stronger understanding that behind the snipers, it was not Yanukovich, but it was somebody from the new (putschist) coalition."

"All the evidence shows" they were shooting at people from both sides. They targeted police and protesters.

Snipers were likely CIA-recruited neo-Nazi hitmen. Shots came from one or more buildings overlooking the Maidan.

Snipers with automatic weapons were inside. Eyewitnesses saw them leaving the area's Philharmonic Hall, carrying military-style bags used for sniper and assault rifles with optical sights.

Elements involved "carried out everything that they were told by their leadership the United States." Maidan leaders practically lived at Washington's embassy, he stressed.

Is what's going on in Baghdad and elsewhere in Iraq similar to US-orchestrated Hong Kong protests and the Obama regime's coup in Ukraine?

Related Topic(s): Iraq, Add Tags
Add to My Group(s)
Go To Commenting
The views expressed herein are the sole responsibility of the author and do not necessarily reflect those of this website or its editors.