Involving TB patients in TB programmes will help in Turkey

Involving the TB patients in TB control programmes - particularly those who have successfully completed the TB treatment - might help in Turkey, says Professor (Dr) Nazmi Zengin from Toplum Sagligi Arastirma ve Gelistirme Merkezi (Centre for Research and Promotion of Health) in Konya, Turkey (www.toplumsagligi.org). Dr Nazmi is representing a civil society organization in Turkey, which is a member of the Stop TB Partnership, and attending the 3rd Stop TB Partners' Forum in Rio de Janeiro, Brazil. 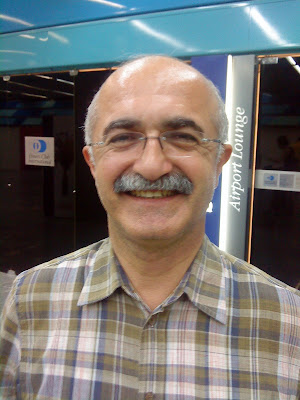 Turkey was very successful in TB control in 1970s, says Dr Nazmi. By mid 1970s, there was a prevailing sense in government that Turkey has almost eradicated TB (less than 1% incidence) and TB seized to be counted a problem in the country, says Dr Nazmi.

In 1970s, internal migration in Turkey was also alarmingly high with many people from East Turkey moving towards West Turkey which was a more industrialized and rich part. Those who migrated, were hoping to find jobs but the quality of their life and living conditions upped their vulnerability to infectious diseases, particularly TB. TB is indeed a disease of the poor and those who became unemployed in west Turkey were further at risk of TB.

This situation was aggravated by the transformation in health systems where TB dispensaries or clinics were being closed down because government was not allocating enough money to TB. Rather the Turkish government's emphasis was to promote community medicine, and encourage family practitioners instead of TB physicians. Dr Nazmi feels this is where Turkey began to lose the war against TB - and now nearly 3000 deaths are attributed to TB in Turkey every year, an alarming numbers of which occur due to multi-drug resistant TB (MDR-TB).

The health system transformation is not good every time, believes Dr Nazmi. He says that the TB treatment literacy is alarmingly low, and many TB patients who begin the treatment, stop going to the TB clinic for medicines once they start feeling better. This is one area where people who have successfully completed TB treatment, can help in raising treatment literacy and provide support to those who are tested positive for TB, or begin the treatment. These are key reasons why anti-TB drug resistance is increasing in Turkey.

Unless the programme performance of DOTS (Directly Observed Treatment shortcourse) is improved and the reasons due to which people develop resistance to first line anti-TB drugs are duly addressed, the anti-TB drug resistance will continue increasing.

TB-HIV co-infection is not yet an alarming issue in Turkey.

"DOTS is a good tool but we can't apply it strictly" says Dr Nazmi. There is a need to do a lot more to reach out to those people who are not able to seek TB care services from DOTS programme. "But government doesn’t hear the voices of the civil society, rather keep on saying that TB control in Turkey is very successful" says Dr Nazmi. Involving TB patients in TB control programmes and listening to these voices with dignity in Turkey, will help, believes Dr Nazmi.

The high-level ministerial meeting on multi-drug resistant TB (MDR-TB) and extensively drug-resistant TB (XDR-TB) is about to open in Beijing, China (1-3 April 2009). Let us hope that the Ministers are listening to the concerns raised above.

Bobby Ramakant is a development journalist and has been writing on development issues since 1991. Health is one of the key focus areas he writes on. He is also a World Health Organization (WHO)'s WNTD awardee for 2008
Related Topic(s): Community; Community; Community; Drugs; Health; Health; Hospital, Add Tags
Add to My Group(s)
Go To Commenting
The views expressed herein are the sole responsibility of the author and do not necessarily reflect those of this website or its editors.