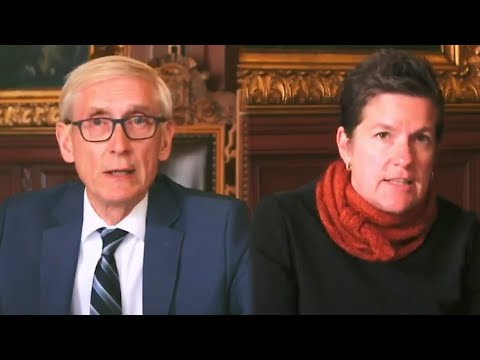 Most definitions of barbaric behavior would include such descriptors as "savage," "crude," "cruel," and the like. We have actually seen plenty of this sort of behavior on the part of American government leaders, both state and federal, over the life of the country. Thus, I don't want to suggest that the recent episodes of barbarism are something new. However, the past fifty or so years has also seen the growth of human and civil rights as they apply to race, gender and issues of sexual preference. Thus, you would think U.S. politicians had learned the value of ethical behavior. And, while some few have, as a generalization this expectation is just too naive. There is very little uncontested "progress" when it comes to the ethical behavior of governments; often it is one step forward and two steps back.

Part I -- As If To Prove The Point

Thus, no one should have been overly shocked at the display of barbaric callousness offered up by the Republican legislators in Wisconsin in the face of the Covid-19 pandemic. Here is how this story goes.

There are now over 3,000 confirmed cases of the Covid-19 virus in Wisconsin and over 140 people have died. The Wisconsin Department of Health Services tells its citizens that "the number of people infected with COVID-19 continues to grow, resulting in more individuals needing medical care and accelerating the possibility of exceeding Wisconsin's health care resources." Thus, the department concludes that the state's citizens are "safer at home."

Against this background, on Friday, April 3, Wisconsin Governor Tony Evers, a Democrat, issued an executive order delaying until June 9th the state's Democratic primary and other ballot issues voting originally scheduled for April 7th. Evers listed a number of health-related reasons for the decision: (1) voting in-person at a polling station made state-mandated social distancing difficult; (2) most polling station volunteers are over 60 and thus in a high-risk category; (3) many of the polling stations had already been shut down due to a lack of staff, who were fearful of the Covid-19 virus; (4) This would make those still open all the more crowded. Wisconsin's governor was not alone in his judgement. Sixteen other states have also instituted primary and associated election delays. It would seem that from a statewide health standpoint Evers's decision, which admittedly came close to the election date, was a no-brainer.

Alas, that is not how the state's Republican legislators saw it. They "sued to end Evers's order," and the Republican-dominated Wisconsin Supreme Court, which heard the appeal, agreed and directed that the primary proceed as scheduled. Just to sow a bit more partisan salt into the wound, the Republican majority in control of the U.S. Supreme Court ruled that there would be no extension on the deadline for absentee ballots.

Ben Wikler, the head of the Wisconsin Democratic Party, released a statement that the actions of the Republicans would both "disenfranchise" those Democrats who chose not to risk gathering at the polling stations, or "consign an unknown number of Wisconsinites" who chose to come out to vote "to their deaths." But then, one might ask, from the perspective of strong Trump supporters -- and that is what we mostly have among Wisconsin Republicans -- just how much is the health of voting Democrats worth?

There is another, and perhaps more telling factor to consider here, and that was an electoral contest for the Wisconsin Supreme Court -- on the ballot at the same time as the Democratic Party primary. It seems that the Wisconsin Republicans believed that having the election in the midst of the pandemic would suppress Democratic voter turnout, particularly in the Milwaukee urban area, and that would help the Republican candidate win. As it turned out, it did not. The liberal Democratic candidate won.

Of course, voter suppression was not how the Republican leaders, Robin Vos and Scott Fitzgerald, justified their maneuvers. In the statement they released, they explained their behavior as follows, "In elections during uncertain times, it's important that no one questions the process." For all intents and purposes, they were implying that the governor was using the Covid-19 virus as a cover for "undermining the electoral process."

This rationalization is so lame that it is very difficult to believe that Vos and Fitzgerald really believe it. Think of it this way: (1) Why is it that our present time is "uncertain"? The answer is that we are in the midst of a pandemic. (2) What is the "process" the Republicans claim, given out uncertain times, is so important that "no one should question" it? It is bringing voters to a limited number of polling stations, on the legally designated day, so that they can vote in person. (3) But we know, as a matter of demonstrated fact, that carrying out "the process" without question is going to make our "time" more uncertain, by spreading the Covid-19 virus, and not less. Thus, either the Wisconsin Republican legislators are too stupid to think logically or, they think their constituents are that stupid. Or, they are a bunch of second-rate Machiavellian schemers.

Machiavelli's famous book. The Prince, published posthumously in 1532, is a detailed guide to underhanded tactics that can be used to win and keep political power. Though Machiavelli does not use the term, many interpreters of the work see it as an endorsement of what in the Renaissance era would be known as "criminal virtue," virtue here meaning the pragmatic application of "skills and resources." In this case, skills and resources are of criminal and immoral nature.

It is easy to apply this concept to the behavior of the Wisconsin Republican legislators. Their actions can be interpreted as an attempt to secure political power by suppressing Democratic voter turnout even at the cost of threatening the health, and maybe in a few cases the lives, of some of these voters. Machiavelli would have seen this nasty bit of "criminal virtue" as just that sort of cunning his immoral Prince would be expected to use. That is, cunning that resorts to savage, crude and cruel means -- just the kind of tactics that define the behavior of barbarians.

Related Topic(s): Election; Legislators; Pandemic; Renaissance; Voting, Add Tags
Add to My Group(s)
Go To Commenting
The views expressed herein are the sole responsibility of the author and do not necessarily reflect those of this website or its editors.