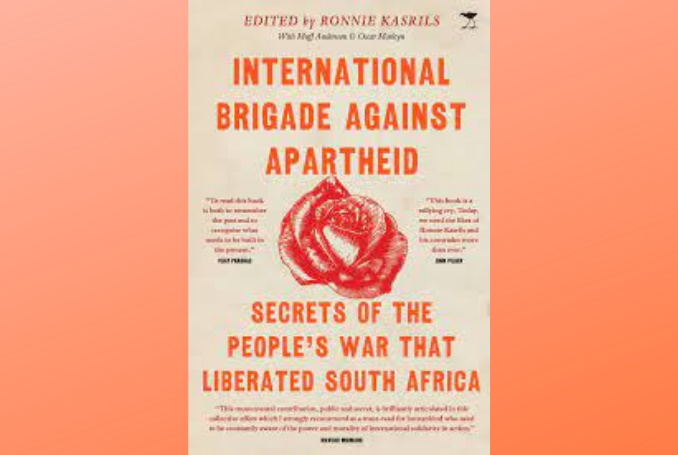 A timely review and a contemporary look forward.

When reviewing a book already given high testament by the likes of Richard Falk, Ilan Pappe', Omar Barghouti, and John Pilger, among many others, the easy recommendation is simply read this book: it is an important addition to the history of the South Africa apartheid era.

The first section deals mostly with those essentially on the front lines, where the front line was a loose configuration reaching from clandestine underground units inside South Africa to those working in neighbouring countries, where some saw

"the territorial division between Botswana and South Africa as a creation of colonialism; and could naturally cross those borders in the physical as well as the mental sense,"

"...we are essentially one people....borders are artificial."

The stories range in detail for each individual, but have much in common. Many are foreigners, and white foreigners were particularly helpful simply because of the ease of movement for whites. Most held socialist or communist ideals for liberation and anti-colonialism, remembering that apartheid started before Vietnam and passed through the era of the Vietnam war and African decolonization. Many were union members, activist students, and had parents who exposed them in their family environment to humanitarian ideals. All knew someone who had been imprisoned, tortured, and/or killed by South African agents and the military.

The second section of the book discusses the anti-apartheid solidarity across the globe. Strong support came from many European countries: France with its history of the Algerian war of independence; Belgium with its historical memories and strong socialist principles in concert with its own concerns about the Flemish/French language divide; the Basques, wanting their own freedom from Franco's Spain; Ireland and its fight with the British for freedom drew strong support. Not surprisingly many of these same areas are now supporting the call for Palestinian rights against Israeli apartheid.

Related Topic(s): Apartheid; International Humanitarian Law; Palestine_and_Israel; Racism; South Africa, Add Tags
Add to My Group(s)
Go To Commenting
The views expressed herein are the sole responsibility of the author and do not necessarily reflect those of this website or its editors.

Beyond the tipping point