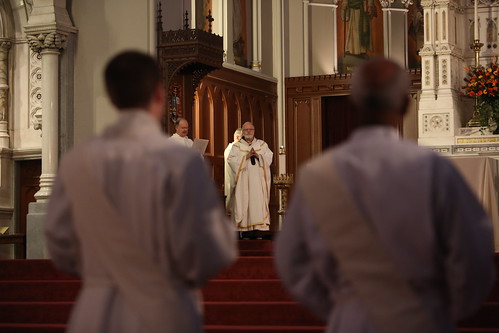 I know that this essay will rub some people, especially devout Roman Catholics, the wrong way. Others will dismiss this piece as the ravings of a confirmed atheist, an unbeliever who has no right to condemn people of faith and their church. And yes, you're entitled to your opinion. I would not have it any other way. But I must say that opinions and beliefs are one thing but FACTS are another. For starters, facts exist in spite of and no matter what you believe. I can believe that my pit-bull Max turns a werewolf every Friday and goes rogue, biting pigs. Or that I'll win the lottery, for certain, on Monday. In both cases, you'll either want me certified as insane or a pathological liar or both. But you get my point.

The Roman Catholic Church is the oldest institution in the western world. It can trace its history back almost 2000 years. And for most of those years this religious institution has committed every deadly sin under the sun in a continued affront and embarrassment to the God they profess to serve, and His Son in whose name the faith is built.

In recent times, the ugly systemic and pervasive practice of pedophilia was exposed within the church after years of being ignored by successive Popes, the titular head of the church, and the person closest to the ideals and pious life of St. Peter, the supposed founder of the church. So if pedophile payouts are not enough to convince you that the Catholic Church's leadership is immoral, hypocritical and condescending, then read on.

Today there are more than a billion Catholics in the world, spread across all five continents with particularly heavy concentrations in southern Europe, the United States, the Philippines, and the countries of Central and South America. The glue that holds these diverse populations of people together is their faith in Jesus Christ and their unquestioning obedience to the Pope.

Roman Catholics believe that the Pope is the successor of St. Peter whom Christ appointed as the first head of His church. He, therefore, stands in what Catholicism calls the apostolic succession, an unbroken line back to Peter and has supreme authority. Popes can speak infallibly on matters of faith and morals but in practice do so rarely. Indeed, that's funny given the very long and diverse list of sins committed by Catholic priests for as long as the church has been in existence.

Today, after years of cover-ups and complicity at the highest levels of the church's hierarchy, the Roman Catholic Church is a study in the art and science of committing grievous felony sins. From the rape and bondage of nuns as sex slaves to the routine breaking of the church's canon laws on celibacy to rampant child molestation and abuse we must now add breaking of the church's celibacy laws and the fathering of many children "outside of marriage." The Catholic Church has always DEMANDED celibacy as a literal law and requirement for joining the priesthood. And, yes, I do think that this is an utterly absurd rule to deprive people of sex in exchange for admission into the church.

But authorities on Canon Law say that there is nothing in church law that forces priests to leave the priesthood for fathering children. That's not at all surprising. The same institution that shuffled around priests who raped children can't be expected to defrock and excommunicate priests who knock up laywomen. And the history of the Roman Catholic Church and its deep-seated hypocrisy tells us that Church rules do not matter - unless these "sins and sinners" are exposed and shamed in public. Moreover, Catholic priests have been committing these vile acts for decades with relative impunity as frat boys running amok in a nudist colony.

In fact, if an ordinary person had committed ANY of these criminal acts they would be locked away in prison, and society would have demanded that we throw away the keys. The Roman Catholic church and the Vatican are behaving like a criminal organization with the Pope as the "Family Don" presiding over corruption, graft, rape, child molestation, and all manner of criminality while hypocritically lying about believing in the "love of God," and the virtues of Christ.

And if you think that kind of hypocrisy and double standard is a recent phenomenon, think again. The Roman Catholic Church was one of the key enablers and participants in the Black Slave Trade. According to a report in the Amsterdam News [www.amsterdamnews.com] Sir John Hawkins, the first slave-ship captain to bring African slaves to the Americas was a religious man who insisted that his crew "serve God daily" and "love one another." His ship ironically called "The Good Ship Jesus," left the shores of his native England for Africa in October 1562. Some historians argue that if churches had used their power, the Atlantic slave trade might have never occurred.

St. Augustine taught that the institution of slavery derives from God and is beneficial to slaves and masters. In 1224- 1274 AD. St. Thomas Aquinas defended slavery as instituted by God in punishment for sin, and justified it as being part of the 'right of nations' and natural law. Children of a slave mother are rightly slaves even though they have not committed personal sin! In 1493 AD Pope Alexander VI authorizes the King of Spain to enslave non-Christians of the Americas who are at war with Christian powers.

Then in 1494 AD Pope Alexander VI, in the 1494 Treaty of Tordesillas, divides the known New World between the two countries. As there was a need to locate a group to work in areas where the supply of indigenous labor was insufficient, to sustain their colonies, Spain and Portugal imported Africans. 1500- 1850 AD twelve million Africans arrived in the Americas to toil as slaves. The vast majority of these slaves worked in the Catholic colonies of Spain and Portugal. 1548 AD Pope Paul III confirms the right of clergy and laity to own slaves.

Finally, in 1866 AD Pope Pius IX declares:
Slavery itself, considered as such in its essential nature, is not at all contrary to the natural and divine law, and there can be several just titles of slavery, and these are referred to by approved theologians and commentators of the sacred canons " It is not contrary to the natural and divine law for a slave to be sold, bought, exchanged or given".

And lest we forget, today's priestly excesses, debaucheries and bad behavior is NOTHING NEW. The Roman Catholic Church has always been embroiled in one scandal after another, most notably when it came to sex. Here's a history lesson on "priestly, impious behavior." In 1492 the Pontiff of Rome was Alexander VI. He was the father of 10 children with multiple mistresses and a rich man who bought the papacy with mule-loads of silver. He is said to be the most debauched of the Borgia pontiffs and was reputed to even have an affair with one of his daughters. Jesus must have been shocked!

And there was yet another pope who contracted syphilis during his reign a "disease very fond of priests, especially rich priests," as the saying went during Catholic Renaissance times. He was Julius II, known as "Il terrible." A third pope, Pius IX, added Flaubert's "Madame Bovary" and John Stuart Mill's book on the free market economy to the Vatican's List of Prohibited Books during his long reign in the 19th century. He also formalized the doctrine of papal infallibility.

Related Topic(s): Embarrassment; Nuns; Pedophile; Pedophilia; Rape Culture; Renaissance; Roman Catholic Church; Roman Empire; Scandal; Syphilis; (more...) Theologians, Add Tags  (less...)
Add to My Group(s)
Go To Commenting
The views expressed herein are the sole responsibility of the author and do not necessarily reflect those of this website or its editors.