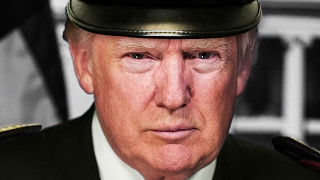 Now that we've entered an election year, there is a lot of speculation about what America could look like if Donald Trump gets another term, by hook or by crook. As Trump uses a crisis he created in the Middle East to distract us from impeachment, increases his chances of reelection, and boosts the fortunes of his buddies in the Military-Industrial Complex, it's important to understand how other demagogic leaders consolidate their power.

Two months earlier, there had been massive pro-democracy demonstrations involving hundreds of thousands of people, demanding that the Soviet Union let Hungary go. The summer we were there, over a quarter-million showed up in Heroes' Square for the re-interment of the body of Imre Nagy, a hero of the ill-fated 1956 rebellion against the USSR. The final speaker was 26-year-old Viktor Orba'n, a rising politician who would soon be a member of Parliament. To an explosion of enthusiastic cheers, Orba'n defied the Soviets (the only speaker to overtly do so) and openly called for "the swift withdrawal of Russian troops."

Related Topic(s): Corruption; Crime; Donald Trump; Hungary; Trump Cruelty; Viktor Orbán, Add Tags
Add to My Group(s)
Go To Commenting
The views expressed herein are the sole responsibility of the author and do not necessarily reflect those of this website or its editors.