It's high time the federal government do something about It. 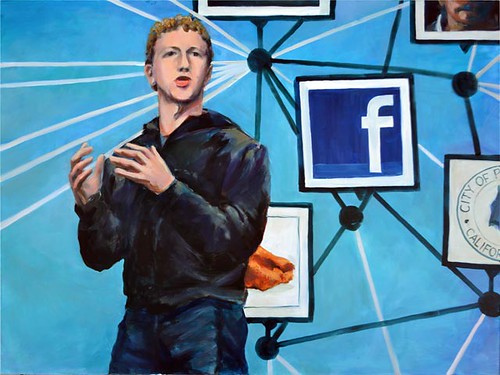 "Facebook did not grant me an interview with Zuckerberg, but previous reporting has shown how he increasingly pandered to Trump and the Republican leadership. After Trump was elected, Joel Kaplan, Facebook's VP of global public policy and its highest-ranking Republican, advised Zuckerberg to tread carefully in the new political environment.

Facebook is not, of course, the only social media organization that has contributed to this. Youtube (now a subsidiary of Google's parent company Alphabet) in particular is famous for leading users down a primrose path to radicalization, guiding the unsuspecting down a pipeline from videos on anything from Star Wars to fitness to economics, straight to Jordan Peterson, Prager University or Ben Shapiro in just minutes. But Facebook's algorithms have been particularly aggressive, and its consequences especially devastating. It was Facebook above and beyond any other factor that was responsible for supercharging the ratcheting hate that led to the genocidal massacres of the Rohingya in Myanmar, and its actions to contain the damage have been pitiful.

David Atkins is president and founder of The Pollux Group, Inc., a qualitative research consultancy specializing in emerging technologies and the changing trends in consumer and socio-political behavior created by the Millennial Generation. A (more...)

Related Topic(s): Advertising; Buzzfeed; Democracy; Disinformation; Facebook; Journalism, Add Tags
Add to My Group(s)
Go To Commenting
The views expressed herein are the sole responsibility of the author and do not necessarily reflect those of this website or its editors.

California is now a Radical Experiment in Government

Islamism and Rightism: A Match Made in Heaven

How Many Republican Senators Have COVID-19? They Won't Say.

Trumpists Will Likely Win the War For Control of the GOP