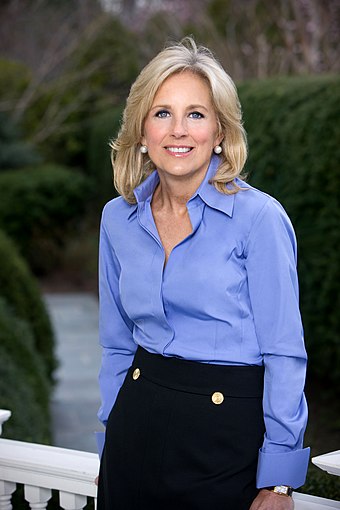 My previous OpEdNews column, "How Do You Spell 'Democratic Party' in 2020? Without the Letters C-L-I-N-T-O-N in the Name," drew more Comments than any I have ever written for OpEdNews (or for any of the several other political webmagazines on which I have published over the last 20 years or so either). A number of well thought-out and very important points/observations were raised in them. Rather than deal with them individually, in responses in the "Comments" section for that column, and/or in individual correspondences with their authors, I decided to deal with them in my OEN column for this week.

Before I get to them, however, let me just summarize what last week's column was about, that is what, in my view, was the damage that the Clintons (mainly Bill) have done to the Democratic Party and what, with certain exceptions, it had stood for from the time of Franklin Delano Roosevelt's New Deal. (Let me make it clear here that I am under no delusions that the Democratic Party, the New Deal or not, is anything other than a product of a capitalist state and its ruling class. But due to splits over time in the capitalist ruling classes over how best to retain its control of the state apparatus and in turn the means of production, transportation, and exchange, some ruling parties happen to be better in terms of outcomes of their policies for a nation as a whole than others.) But on to the Clintons-damages list.

It includes, for Bill: the massive cuts to the Depression Era Aid to Families with Dependent Children (AFDC) program; "prison reform" which, combined with a massive renewal of the "Drug War" has led directly (in the Federal penal system) and indirectly (through the state penal systems) to the amazing Black/brown incarceration nightmare which the U.S. has now faced for many years; his agreement with the repeal of the New Deal legislation known as the Glass-Steagall Act (1934); in foreign policy, one of his major "achievements" (and I am not dealing with either the disaster of the former Yugoslavia or that of Afghanistan) was securing the Russian Presidency for the drunk, Boris Yeltsin, which then led directly to Vladimir Putin and the Oligarch state Russia has become (see the new book Putin's People: How the KGB Took Back Russia and Then Took on the West, by Catherine Belton); the permitting of advertising for prescription medications on TV; the legislative debacle that was "The Clinton Health Plan;" and finally, for his pronouncement in one of his State of the Union Addresses that "the era of big government is over." (This, by a supposed Democrat, was the book-end to Ronald Reagan's Presidential campaign theme that "government is not the solution to your problems; government is the problem.")

As for Hillary, in 2016 she ran the worst-possible campaign for President, along the way in the primaries tilting the table against Bernie Sanders within the Democratic National Committee. As I said at the end of my column on her defeat (paraphrasing here):

"Clinton lost because of the emails, and the Clinton Foundation, (the CIA operation at Benghazi not-so-much), and Trump's constant 'Crooked Hillary' mantra, and the existence of the legacy-of-slavery Electoral College and James Comey's 20-year prosecutorial pursuit of the Clintons. But still, if she hadn't at heart still been a centrist Democrat, and thus could have mounted an effective counter-attack against Trump and the Republicans in general, it is very likely that she could have won anyway."

And now, as to the commentaries on my column.

David Bright liked my thoughts on the Clintons. In his view, this election is Biden's to lose. Contrary to what Biden is supporting in terms of health care policy, that is building on and expanding the coverage of the Affordable Care Act ("Obamacare"), he thinks that Biden and the Democrats should be running on Bernie's "Medicare for All" (which, going back to Teddy Roosevelt's 1912 "Bull Moose Party" campaign for the Presidency used to be called "National Health Insurance.") NHI was also proposed by both FDR and Harry Truman (killed both times by the American Medical Association) and, believe it not, Richard Nixon. (He put it forth in 1974, just as the original "Watergate" was coming to a head. If it had not been for Watergate, since the 1970s the U.S. very likely would have had some sort of NHI, most likely based in the private health insurance companies, as it is in much of Europe).

"Kappie" noted that the "Clintons . . . were the puppets of the industrialists and corporate Joe is their first choice." As I noted above "I am under no delusions that the Democratic Party, the New Deal or not, is anything other than a product of a capitalist state and its ruling class." In this election the real battle is between that ruling class sector which thinks that it can best maintain control of the State apparatus through moderate social and economic policies and that sector which believes that the time has come for the installation of frank fascism. (As for Trump/Barr's current exercise with unmarked troops and vans, without any kind of Congressional authorization or any other form of legal basis for what these troopers are doing, he has ex-Cathedra created his own Secret State Police [literal German translation, Geheime Staats Polizei, abbrev. Gestapo]).

(As one Trude Hassberg of Flushing, NY said in a letter to Newsday, July 22, 2020: "I am a refugee from Nazi Germany, and President Donald Trump's agents' lawless behavior in Portland, Oregon, painfully reminds me of Adolf Hitler's Gestapo ["Portland Mayor. Get Feds. Out," "Nation and World", July 18, 2020]. And I thought that this could not happen in America.")

"gentry cooper" liked the column but does not agree that the Democratic Party has even a moderately progressive platform, primarily because Joe Biden is the nominee. (I certainly agree that hardly, over the course of his career, can Joe Biden be considered a "progressive," even in the Democratic Party sense of the term. I knew of him and did not like his policies from "Anita Hill" through drug policy/mass-incarceration, to the Iraq War and beyond.) I used the term, understanding its relativity, because through the Biden-Sanders Unity Task Forces he and Bernie have come to agreement on a lengthy set of principles and program proposals which have in them a significant element of "Bernie-ism" (that is social democracy, or what I have called the "New Deal on steroids"). I pointed out at the beginning of the column that "Senator Sanders said of former Vice-President Biden that with the platform to which that roadmap leads Biden would become 'the most progressive President' since Franklin Delano Roosevelt."

"Fred W" offered the juicy historical observation that " 'A Democratic Party without neo-liberalism' reminds me of what Gandhi said (approximately) when asked what he thought of Western democracy: 'It sounds like a nice idea!' "

Patrick Walker held that the observation that the Democratic Party "has become moderately progressive in actual policy is a premature claim lacking any substantive evidence." I totally agree with that. All we have so far is the 110-page pre-platform document (referenced above). How many politicians (including Bill Clinton to be sure) have ridden into office on progressive platforms and then governed as anything but. Mr. Walker also refers to the ruling class control of the Democratic Party, which I have discussed as well. Finally, he said that: "For me, writing obituaries for the Clintons and Clintonism is WILDLY premature." For me, I can only hope that he is wrong(!)

Jerry Kelley, represented by a photo of a fabulous cat (and I am a major cat lover and staffer --- you know the difference between dogs and cats, don't you? Dogs have owners; cats have staff), holds that both parties are rotten and the Dems. have been since they killed JFK in 1964 (sic).

John Zwiebel stated that Biden has stated that he would veto a Medicare for All bill were it to come to his desk. Actually, Biden's answer to that question was nuanced. But in any case, John said that it makes no difference to him who wins this year. They are both corporatists. Well, I think that while that is true, in terms of the role of government, of the mode of governing, and of adherence to the Constitution and the Rule of Law (under a capitalist system, of course) it makes a huge difference. (I will be dealing with the subject on a number of occasions between now and the end of the year, with the next episode coming next week.) Mr. Zwiebel also thought that I was too nice to Obama. (Actually, since the column was about the Clintons, Joe Biden, and the upcoming election, I didn't spend too much time on Obama. Just for the record, I am not a huge fan of his, and actually registered a pretty strong critique of him and HRC before the 2008 primary campaign, which I referenced in the column.)

J. L. Re referred, I think, to Dorothy Rice, who is a possible choice for Biden's V-P and if not for that position, should he win, she would be a favorite for Secretary of State.

Finally, Andrew Krieg pointed that I made a mistake (yes, I do make them every once in a while) by attributing the end of the Fairness Doctrine to Bill Clinton's Federal Communications Commission. It was actually Ronald Reagan's FCC that did it in. However, contrary to much of the opinion expressed above, Mr. Krieg felt that I was being too harsh on Bill Clinton.

As I said at the outset, the previous column of mine, on this subject, drew more comments than for any other column I have ever written. (Over the years, on webmagazines ranging from the old The Political Junkies, through the original Buzzflash, The Greanville Post, and The Planetary Movement, to OpEdNews, the renewed Buzzflash, From the Gman, and Reader Supported News, I have published somewhere around 1000 columns. Eventually, they will all be collected on my own, brand-new, political website stevenjonaspoltics.com). It's been fun responding to the comments on this one, collectively, here.

Steven Jonas, MD, MPH, MS is a Professor Emeritus of Preventive Medicine at StonyBrookMedicine (NY) and author/co-author/editor/co-editor of over 35 books. In addition to his position on OpEdNews as a "Trusted Author," he is a Senior Editor, (more...)
Related Topic(s): Cats; Democratic Candidate Electability In 2020; Democratic Capitalism; Democratic Leadership Council; Democratic National Convention; Democratic Party; Democratic Party Strategy; Democratic Policy; Democratic Progressive Caucus; Democratic Values; (more...) Fascism; Gandhi; Glass-Steagall; Government; Party Leadership; Party Platforms DNC; Yugoslavia, Add Tags  (less...)
Add to My Group(s)
Go To Commenting
The views expressed herein are the sole responsibility of the author and do not necessarily reflect those of this website or its editors.