A big part of the problem with U.S. elections is the culture of fear itself. 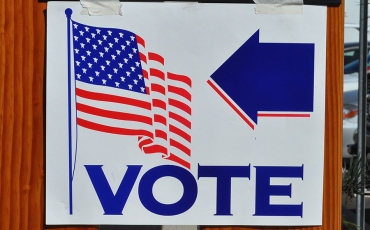 As voting in 2018's midterms ends on Tuesday, November 6, there will be contests with surprising results, races separated by the slimmest of margins, or even ties. How will voters know what to believe without falling prey to partisan angst and conspiracies?

What if, as Dean Logan, Los Angeles County's voting chief, retweeted this week, "the weakest link in election security is confidence" in the reported results?

The factual answers lie in the voting system technology used and the transparency -- or its lack -- in the vote counting, count auditing and recount process. These steps all fall before outcomes are certified and the election is legally over.

Seen nationally, the U.S. in 2018 is mostly voting on paper ballots that are counted by electronic scanners. That creates a spectrum of possible evidence that can be closely examined in 36 states -- from individual ballots themselves, to digital images of the ballots, to spreadsheets of every vote, and more.

Some states, led by Georgia, resist this nuanced scenario. There, most people will vote on dated electronic machines where whatever is captured on computer memory cards will be the vote record, although its mail-in and provisional ballots are paper, and thus could be more closely examined. (This is where post-election legal fights would be.)

How well will election officials -- from civil servants to poll workers -- manage 2018's growing rivers of paper ballots? How accurate will ballot scanning be? How much double-checking is possible, given new technology and audit techniques? These questions and answers will likely emerge in some high-stakes contests, as well as whether these tasks are being done transparently and can be easily understood.

Most states and counties will not be experimenting with the newest vote counting technology. Yet a handful will be using two important new techniques that should be heeded for high-stakes reasons. In the short run, these approaches may decide 2018's winners. Down the road, their use will expand for 2020's elections. And they will influence at least 33 states that say they will be buying a new generation of voting systems before the next presidential election, which, in turn, will determine how transparent and trustworthy America's vote counts will be for years to come.

Proponents of the two most promising new vote verification tools -- "risk-limiting" audits and "digital ballot image" audits -- say each can inject an unprecedented sense of public confidence. Yet, ironically, within a small world of experts and entrepreneurs who have dedicated their lives to making vote counts more trustable, there are big disagreements over the pros and cons of each. So much so, that the foremost statistician behind risk-limiting audits this July lobbied a California commission to ban ballot images from the state's double-checking, even though Maryland and some Florida counties prefer using the high-definition images of the ballot cards to verify their vote counts.

"I think you're right. I think there can be, and there needs to be, kind of a nexus where all of these considerations -- the Venn diagram of efficiency and security and transparency -- come into play," said Tammy Patrick, senior adviser for elections at the Democracy Fund, a new foundation-funded initiative. "I am hopeful that at whatever that meeting or juncture is, it leverages the technology that there are scans being made of the ballots, and it also leverages the ability that after reviewing any discrepancies -- quickly within the images -- that you can also compare a small sampling of them to a paper ballot, for instance. So that you still have the legitimacy and the ability to verify and validate the paper, but without having to do large volumes of it."

Patrick, who ran elections in Arizona's most populous county for 11 years, is pointing to the different steps in verifying vote counts involving paper ballots. First, voters make ink marks on the ballot cards. Those cards are run through the scanners at local precincts or centralized vote centers. The ballots generally fall into bins in precincts, where they are jumbled. In larger vote centers, they are more neatly organized by more modernized (and expensive) gear. Then the tabulation starts. Officials first check that the number of voters matches the number of ballots. Then the totals for each contest are compiled into what's called a "cast vote record" -- imagine a giant spreadsheet or grid, where the ink marks and blanks that are detected and counted by the scanners fill the cells as ones, zeros or blanks. That electronic worksheet allows officials to add up the vertical columns for the count.

The question then becomes: How do you know the ballot scanner's count is correct?

Steven Rosenfeld  covers democracy issues for AlterNet. He is a longtime print and broadcast journalist and has reported for National Public Radio, Monitor Radio, Marketplace,  TomPaine.com  and many newspapers. (more...)
Related Topic(s): Digital; Elections; Systems; Technology; Voting, Add Tags
Add to My Group(s)
Go To Commenting
The views expressed herein are the sole responsibility of the author and do not necessarily reflect those of this website or its editors.