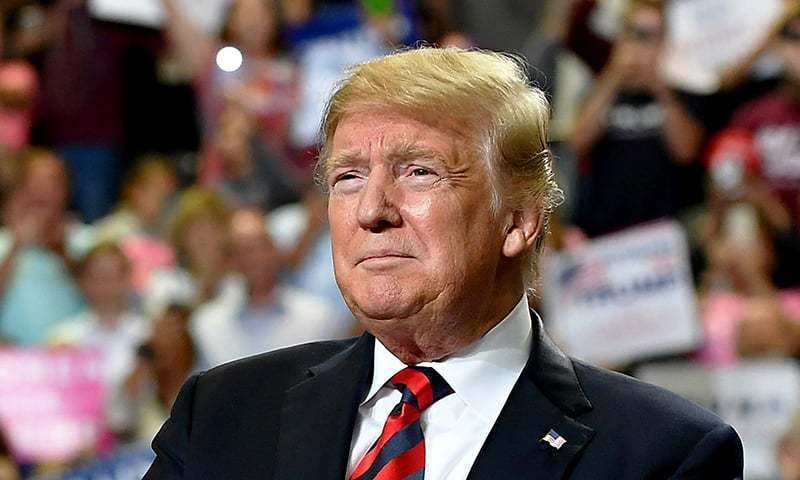 18 U.S. Code § 2331 specifically states that a national of the United States who commits an act dangerous to human life to intimidate or coerce a civilian population or influence the policy of a government by intimidation or coercion is liable to be charged for violating federal domestic terrorism laws.

Donald Trump's vindictive government shutdown qualifies as a violation of the U.S. criminal code on domestic terrorism. He is no different than a terrorist hostage taker who refuses to release his victims unless his demands are met. Trump has stated that the shutdown could last "months, even years" unless he gets his $5.7 billion for a vanity wall on the U.S.-Mexican border.

Due to the furloughing of and non-payment of wages to federal employees involved in aviation safety, including air traffic controllers and Federal Aviation Administration (FAA) aircraft safety inspectors, Trump and his team of administration internal saboteurs have placed the safety of every airline passenger and crew member in extreme jeopardy.

In addition, the FAA office responsible for issuing unmanned aerial vehicle (UAV) operations exemptions is closed. One need only look at the disruption to air travel caused by reported drones over Gatwick and Heathrow airports in England to realize the impact caused by the lack of oversight by the FAA for UAVs. The FAA is not processing certifications for new aircraft, forcing the airline industry to park new aircraft. One airline, Silver Airways, has been forced to ground its entire new fleet of ATR-42-600 planes. Trump could not be more disruptive to air travel if he personally phoned in a bomb threat to an airline or airport.

The welfare, security, and safety of the flying public represents a fraction of the overall impact of Trump's shutdown on the citizens of the United States.

The following represents how Trump's terroristic acts threaten the lives and livelihoods of all Americans:

In 1942, eight men, six Germans and two Americans, arrived by two U-boats in the United States to carry out acts of sabotage. Thanks to two defectors, who turned themselves into the FBI, the plans of the saboteurs were aborted. The mission of the Germans was to cause maximum damage to the U.S. infrastructure.

Six of the saboteurs, not including the defectors, were tried by a U.S. military tribunal, found guilty, and executed by electric chair on the third floor of the District of Columbia jail and buried in the Blue Plains potter's field in Anacostia, which is now a sewage treatment plant.

The Germans, had they succeeded, could not have caused even a small degree of the damage to the American infrastructure that has been carried out by Trump and his nefarious advisers, including Stephen Miller and Mick Mulvaney.

Related Topic(s): Dangerous; Domestic Terrorism; Donald Trump; Federal Employees; Intimidation; Law; Security; Shutdown; Suffering, Add Tags
Add to My Group(s)
Go To Commenting
The views expressed herein are the sole responsibility of the author and do not necessarily reflect those of this website or its editors.