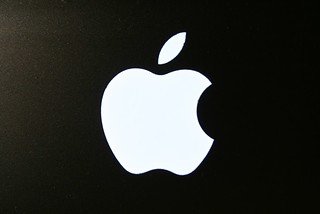 Apple Computer just won a case in United States District Court, Eastern District of New York that addresses the issues in the San Bernadino murders in early December. While the New York decision may not be binding, it clearly outlines the rationale for the federal case regarding the California murders. The FBI wants Apple to write original code to bypass encryption since there is no backdoor into the iPhone right now.

Three observations on the FBI's efforts:

1) The FBI needs to do its job without ruining security on cell phones for everybody in the world using Apple products. It won't stop with Apple by any means possible.

2) The federal government cannot force a corporation or individual to do work against the will of the corporation (other than to follow regulations and laws on the books). This is a 13th Amendment case, at least. The precedent set would allow the government to force any federal contractor to do additional work to bring the originally completed work in line with national security needs -- at full cost to the contractor. In fact, it would apply to any business the government asks to enhance a product or service for national security needs.

3) Apple is by far the most successful company in the United States, a world leader in information technology and systems. If the FBI wins in court, it will take away the huge security advantage Apple provides its customers. It will hurt market share and sales. It will significantly harm our best company.

This is just another manifestation of the inverted pyramid of intelligence n this country. The higher up the power ladder, the less intelligent the people. There's nothing wrong with the masses and the truly creative faction in this country. There is something very wrong with the rulers. They are severely challenged and ruin rather than enhance the work of the people.

Stop those who contribute nothing other than negative outcomes and failed policies.

By Andrew Crocker and Parker Higgins

While the government has argued that its extraordinary invocation of the All Writs Act is not intended to set a precedent, Judge Orenstein properly recognizes what is at stake. In particular, he casts shade on the very constitutionality of the government's interpretation, describing it as virtually unbounded:

The government's position also produces a wholly different kind of absurdity: the idea that the First Congress might so thoroughly undermine fundamental principles of the Constitution that many of its members had personally just helped to write or to ratify. Its preferred reading of the law -- which allows a court to confer on the executive branch any investigative authority Congress has decided to withhold, so long as it has not affirmatively outlawed it -- would transform the [All Writs Act] from a limited gap-filing statute that ensures the smooth functioning of the judiciary itself into a mechanism for upending the separation of powers by delegating to the judiciary a legislative power bounded only by Congress's superior ability to prohibit or preempt. I conclude that the constitutionality of such an interpretation is so doubtful as to render it impermissible as a matter of statutory construction. [Emphasis added.]

The government has repeatedly denied that there's a thread running through each of these cases, and claimed that each All Writs Act order pertains to just one device. Orenstein makes quick work with that argument, connecting those cases and the ongoing (and unsuccessful) government push for new legislation to grab new search powers and crypto backdoors. Where the government cannot get legislation, it seems intent to just reinterpret the law:

It is also clear that the government has made the considered decision that it is better off securing such crypto-legislative authority from the courts (in proceedings that had always been ... shielded from public scrutiny) rather than taking the chance that open legislative debate might produce a result less to its liking.

Related Topic(s): All Writs; Apple Ceo Tim Cook; Corporation Apple; Encryption; FBI Director Robert Mueller; Federal Agency FBI; Iphone; James Orenstein, Add Tags
Add to My Group(s)
Go To Commenting
The views expressed herein are the sole responsibility of the author and do not necessarily reflect those of this website or its editors.