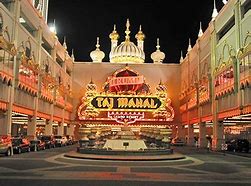 "The time has come the walrus said to talk of many things. Of ships and strings and sealing wax of cabbages and kings. "Michael Cohen the President's personal attorney for over a decade and executive vice President of the Trump organization will testify publicly about the President's dirty laundry. Cohen could be a character right off the set of Goodfellas or the Sopranos, he's Silvio Dante or Donny Brasco.

Mike Flynn plead guilty to lying to the FBI, but the point is not that he lied, it is what he lied about. He lied about conversations with the Russian Ambassador Sergey Kislyak. If you lied about where you were on the night of June 14th or said you went bowling when the bowling alley was closed that would be one thing. But for his cooperation agreement with Robert Mueller, Flynn would be charged with a litany of crimes. Flynn is the influence peddler, using his status as a retired three star general to open doors, Russian doors.

Former Trump campaign manager Paul Manafort lists his occupation as a consultant. He's a consultant in the same way Tony Soprano was in the sanitation business. For nearly twenty years he has been knee deep in Post-Soviet politics working as a lobbyist for oligarchs. It was Manafort who set up the Trump Tower meeting with Russian attorney Natalia Veselnitskaya, Jared Kushner and idiot son number one. "If it's what you say, I love it, especially later this summer." Manafort is the bag man, he's Jack Ruby his fingers in all the dirty little places where clean fingers shouldn't go.

Roger Stone is a political consultant in the same way Vito Corleone is in the olive oil business. Stone's two idols are Jesus Christ and Richard Nixon. He learned his trade from Dick Nixon and believes himself the sacrificial lamb. He joined the campaign in 2015 and then left the campaign conveniently to be the conduit to Julian Assuage and Wikileaks. He surrounds himself with proud boy white supremacist. "Admit nothing, deny everything, launch counterattack." - Roger Stone

This isn't a Presidential administration, this is a crime syndicate. This wasn't a campaign,it was a scam. The scam worked, assisted by the worst Democratic nominee in a generation. Hillary Clinton evoked ire on the right and slumber on the left. The intelligence community could see what was going on. The incoming Trump administration was warned that Mike Flynn was compromised. The administration says, "Yeah, we know."

Manafort was let go ostensibly for lying to the invisible man (Mike Pence). The invisible man was also the head of the transition team. Stone and Manafort have worked together since the 1980's. Manafort is as dirty as dirty can get except for maybe Stone. This isn't even close.

The President won't release his tax returns for an obvious reason. "We have all the funding we need out of Russia" Idiot son number two.

Trump is in the Real Estate business, he builds condominium developments with borrowed money. He builds Casinos with borrowed money. He sells the condos to third party corporations, who then sell the condos to other third-party corporations making dirty money clean money. Trump's business defaults on loans and defaults on the contractors declaring bankruptcy and pocketing the proceeds. Trump is a grifter and a con-man, the people around him are a pack of criminals and the FBI and the Justice department are well aware of it. If you're the FBI or the attorney general, what can you do?

Politically, there is little you can do. No matter what you say it will be seen as sour grapes. The incoming administration call it "haters" and the deep state.

There are two Republican Party's operating in the US today, the public face and the private face. Publicly the Republicans are stuck with them and privately they agree, this is madness. Ah, but the lure of one last trillion-dollar tax cut, one more time for the good old days. We can play botchy ball with Satan for that. The party is in splinters, there is no agenda.

"Hey @MichaelCohen212 - Do your wife & father-in-law know about your girlfriends?" Gaetz wrote on Twitter. "Maybe tonight would be a good time for that chat. I wonder if she'll remain faithful when you're in prison. She's about to learn a lot..."

What sort of political party is this? This isn't politics this is Goodfellas. A corrupt gang of criminals which has usurped the highest office of the land. Backed by the full force of right-wing media, Trump derangement syndrome. It's all in your head, it's all in your head, it isn't what it appears! The truth is too hard to face, the apogee has been reached and it's all downhill from here...maybe. The Mueller report is the official play by play, but the facts speak for themselves.

The administration has no vision, no plans, his nose thumped by Congress Trump throws down the gauntlet over a wall. He shuts down the government for a month and then creates national emergency out of whole cloth. Publicly, the Republican's defend Trump, privately this is a nightmare. The President threatens to usurp the constitutional power of Congress and the Republicans will fight tooth and nail, to defend his right to make them obsolete. Power over principle, power over common sense, power uber alles.

A willingness to throw everything to the four winds, a willingness to throw oaths, precedents and constitutional responsibilities to defend a criminal family. An ongoing criminal conspiracy, a gang, a cabal in charge of the executive branch of the United States. Poor Richard Nixon, a boy scout helping a old lady across the street, a small time pick pocket usurped by a professional criminal organization.

Related Topic(s): Agenda; Congress; Intelligence; Media; Money; Money; Politics; Power; Republican; Testify, Add Tags
Add to My Group(s)
Go To Commenting
The views expressed herein are the sole responsibility of the author and do not necessarily reflect those of this website or its editors.