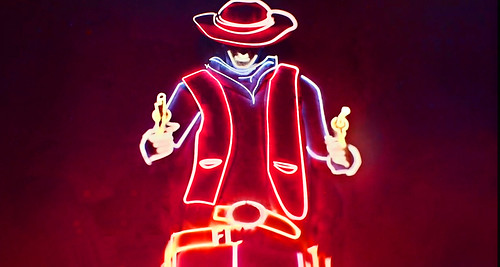 Any time I come across a good book about God, especially if it is written by a prolific writer like Reza Aslan, I cannot resist the temptation to read it; so, I did. Aslan's latest book, God, A Human History, is his latest attempt as a believer, as he admits, to explain how we should experience God in our life. Thanks to being on Christmas break, I was able to continue reading it nonstop until the last page. I am not, obviously, a scholar on the topics of religion and God, but Dr. Reza Aslan is and his books on these topics are usually among best-sellers. Writing on those two topics, by the way, is immensely rewarding because millions of readers are eager to know the answers to life's indispensable questions that have remained unanswered so far, including how we can explain the existence of God. To this point in time, the search for and the research on God have been interminable and the results are still inconclusive. Neither believers nor nonbelievers have been able to reasonably prove their claims regarding the existence of God. The quest, however, continues.

Unfortunately, my urge to find out whether there is substantive evidence for the existence of God remains unfulfilled, even after I finished reading this book. Despite this, the book undoubtedly is enlightening and well worth the read. As is true for Dr. Aslan's other books, this book is profoundly researched and presents an intellectually stimulating examination of some of the most vital issues, such as the long history of religious beliefs, rituals, and foremost, human perceptions of God. It keeps the reader thinking and pondering. Like some other scholars of this topic, Reza argues that the need for spirituality, that is a supernatural divine power, is hardwired into our brains. In other words, the quest for God is innate and that is why it has always been with us. We are genetically predisposed to believe in something above and beyond our mundane existence, like a supernatural being, even if we do not have any scientific proof for its existence. In my opinion, if we focus too much on such an endeavor as searching for proof, we may lose our faith in God and become nonbelievers. I think God should remain in the realm of make-believe, or in the realm of mystery. We should not need proof of God's existence; God's presence should permeate our lives and awareness.

In his book, Aslan argues that throughout history, God has been "humanized" within our different belief systems. We human beings have cast God in our own image and bestowed upon him our own features and attributes; additionally, we created a superhuman with no human limitations. Aslan's principal objective in this book is to explain the need to change this perception of God to whom we have bestowed not only our good traits but also, more often, our vulgarities, including our inclination for violence.

Aslan is not trying to prove the existence or non-existence of God; that is an impossible task as he admits. Rather, he delineates the evolution of God in different eras of human history by various religions and how the concept of God has changed with our social, psychological, and cultural evolution. What we make of our gods and how we characterize and experience them is what Dr. Aslan discusses in the first few chapters by deeply examining human perceptions of God from prehistoric eras to modern time.

By relentlessly humanizing our God, Aslan would argue, we deprive him of universality and make him a limited force because the traits we ascribe to him are reflections of our own limited culture and our overall dispositions and, therefore, reflect only what we want our God to represent and do for us. Perception of God, in other words, is mainly the product of environment and culture that is transferred across generations through cultural evolution. No belief system, including belief in God, exists in isolation; it is the outgrowth of older beliefs. It is almost impossible to find a belief system that emerged out of nowhere. That is why the humanization of God continues. Humanized gods are given different characters over time, depending on the prevailing milieu of a specific time. Evidently, the new gods inherit some of the characteristics of the previous gods, but are also ascribed some new characteristics and elevated grandeur. Anything that previous gods could do, the new gods can do even better. That is perhaps why Muslims proclaim that heir God, Allah, is the greatest, Allah O Akabr, because they believe that Islam is the last and the most complete of all religions. According to Dr. Aslan, such progression in the perception of God did not happen smoothly and revolutionarily; it has evolved throughout millennia.

Beginning with ancient societies, gods were like humans; they possessed all the attributes of human beings, including love and hate dispositions, forgiveness and retribution. The reason gods were depicted as human beings was because human beings were the only intelligent beings known to them. The ideal god was portrayed as an ideal human being. As Xenophanes, an ancient Greek philosopher, stated: "If horses had Gods, they would look like horses!"

In summary, the gods of various civilizations were like their predecessors except that different people attached additional attributes to their human gods, depending on the salient features of their culture as well as the existing situations. With the constant evolution of human culture, however, societies were eventually guided toward modern values such as moral enlightenment; hence, concern for improvement in morality, ethics, justice, and human dignity grew, as did the belief in only one god, a fundamentally universal god who is concerned about the moral improvement of all human beings. Aslan argues that we need to view God in a pantheism approach, think of him in terms of the forces and laws of the universe and not restricted to being like a human with super human abilities.

It seems Dr. Reza Aslan is suggesting that because we need God in our individual and in our social lives, we earnestly seek to define and to experience him, to find ways to prove his existence, and to connect with him in our life. We have done so in human terms for thousands of years. If we choose to believe in a God, it is long overdue now for us to dehumanize our God and think about him in universal terms.

Reza Varjavand (Ph.D., University of Oklahoma) is associate professor of economics and finance at the Graham School of management, Saint Xavier University, of Chicago. He has been an avid participant in many professional organizations and active in (more...)
Related Topic(s): Allah; Books; Culture; Islam; Religion; Spirituality, Add Tags
Add to My Group(s)
Go To Commenting
The views expressed herein are the sole responsibility of the author and do not necessarily reflect those of this website or its editors.

Legalized Market for Human Kidneys: a Problem or a Panacea?

Growing Underground Economy, A Cause For Concern

Looking Back To Move Forward: Resuscitating The Ailing U.s. Economy

Ignoring Scientific Realities is Not Good for America

The Evolution of God, Is God a Figment of Human Imagination?