Is there any better way to compliment Justice Ginsburg's legacy and carry forward her foundational work for the American people? 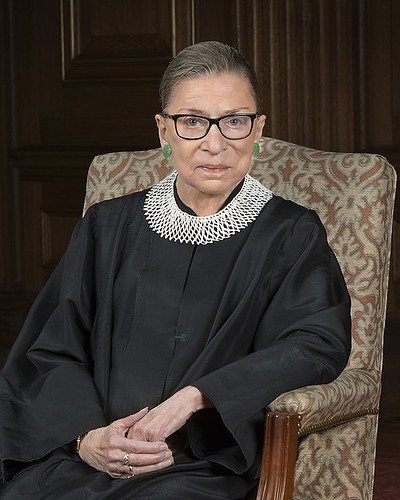 Jean Monnet -- a founder of the European Union once said: "Nothing is possible without men, but nothing is lasting without institutions."

I'm reminded of his observation each time our country loses a "just" Supreme Court Justice. So, what will follow after the few days of prominent encomiums at memorial events and editorial praise of Justice Ruth Bader Ginsburg?

Historians will record her decisions, writings, and advocacy. Many people will celebrate her groundbreaking contributions to equal rights for women and other civil rights. Justice Ginsburg's fervent admirers, however, should look not only at past accomplishments but to creative ways to build on a great and enduring legacy.

Several years ago, I tried to interest some of Justice John Paul Stevens' former law clerks (many of whom became successful lawyers) to enlist their colleagues in establishing a "John Paul Stevens Institute for Justice." In 2014, retired Justice Stevens, at age 94, had just published another book -- Six Amendments: How And Why We Should Change The Constitution. This book was then the latest product in his vigorous retirement period of writings and addresses.

I wrote to Justice Stevens urging him to give a nod to his 100 or more clerks, many of whom were wealthy attorneys. He was too modest. A few former clerks showed interest, but not to the point of initiating action.

A similar attempt to persuade supporters of Justice Sandra Day O'Connor fell flat. At the time, she was pressing hard for full legal aid for poor people seeking justice and real civic education in the nation's elementary and secondary schools.

After she retired from the Court, she criticized the 2010 Supreme Court decision -- Citizens United v. Federal Election Commission -- that opened the floodgates for corporate campaign cash. Her former clerks did not envision an "Institute for Justice" in honor of their adored mentor. Justice O'Connor was also honest enough to publicly acknowledge regret about her vote in the 5-4 decision to install George W. Bush as president.

Was I just engaging in fanciful dreaming about adding these new institutional oak trees for justice to replenish our depleting democratic forest? Not at all. A vibrant Brennan Center for Justice has been on the ramparts for justice since 1995. Located at New York University Law School, it was founded by the family and former law clerks of Supreme Court Justice William J. Brennan, who was nominated to the Court by President Eisenhower.

With an annual budget of $26 million, the tough Brennan Center for Justice has produced a remarkable output on ways to advance improvements in criminal justice, electoral procedures, and broader public participation in the circles of power.

The Center has been described as "part think-tank, part public interest law firm [that litigates] and part communications hub," working to advance "equal justice for all."

It started when one former law clerk stepped up, followed by more who joined the effort to create this institutional tribute to Justice Brennan. Together, they raised the seed money and this new institution was launched to implement the law as if people mattered first and foremost.

The same kind of institution can be created quickly, should Justice Ginsburg's over 100 law clerks, from her many years as a federal circuit court judge and as an Associate Justice of the Supreme Court, heed Jean Monnet's words.

Related Topic(s): Accomplishments; Democracy; Justice; Rights; Ruth Bader Ginsberg, Add Tags
Add to My Group(s)
Go To Commenting
The views expressed herein are the sole responsibility of the author and do not necessarily reflect those of this website or its editors.