Let's be clear: I'm not normally a fan of censorship. Many, many moons ago (as night security guard), I read John Stuart Mill's On Liberty and was deeply impressed by its justly famed Chapter II, "On the Liberty of Thought and Discussion." 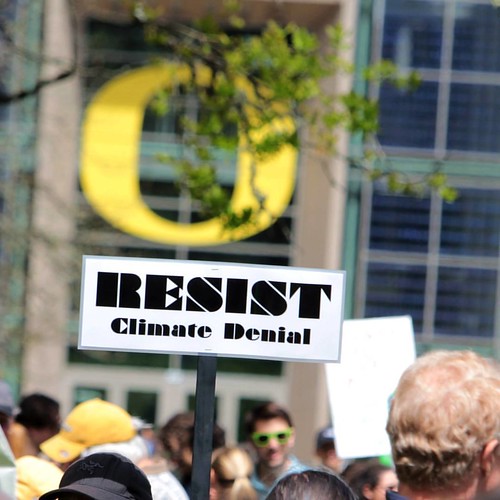 But recently, as both an activist writer and a commenter on articles in leading progressive news media, I've discovered the deeply pernicious flooding of articles--especially articles on humanity's climate emergency--by trolls intent on pushing climate change denial. Extensive reflection has produced a rather compelling case why the trolls' climate pseudoscience comments--if not the trolls themselves--should be banned from progressive media.

My arguments fall outside the umbrella of Mill's case against censorship and are best summarized by what I call forum perversion. I'll explain at length what forum perversion means in the upcoming sections.

For starters, readers should understand that Mill's arguments against censorship apply chiefly to government and overall societal contexts. Mill never for one second denied that there were specialized forums, for which only certain specialized forms of discourse are appropriate. For example, Mill in his varied career worked as both an economist and an editor; wearing his editor's cap, he never would have tolerated someone's amateur vaporings about phrenology (not thoroughly understood in Mill's day to be a pseudoscience) in an economics journal.

Editors of specialized publications--and this includes publications with special political biases--have enormous latitude in the types of content (and comments on content) they allow. None of this amounts to the type of government or societal censorship objected to by Mill. Presumably, there are enough specialized and general publications to go around--and enough publications with differing biases--that in a diverse society without active government censorship, all shades of opinion will somewhere get expressed.

Progressive/leftist publications for general readers are my subject here; in fact, my present thoughts took shape in connection with Truthdig, a progressive forum I'm quite fond of, associated with its star journalist Chris Hedges. But my thoughts apply as well to all progressive publications that allows reader comments under articles, thus meaning primarily online publications where readers can immediately post comments without screening or intervention by editors. Some other personally relevant examples (online progressive/leftist publications where I either comment or write articles) include The Intercept, OpEdNews, Nation of Change, Common Dreams, and The Greanville Post. (I exclude personal online favorites like CounterPunch and Dissident Voice because they don't allow comments under articles.)

Needless to say, the editors of such progressive/leftist publications already exercise a certain amount of "censorship" by carefully choosing what content to publish. Of course this is their right as editors of publications with a particular character, and no one considers it real, unjustified censorship. Where tricky issues arise is in connection with reader comments, and openness to free speech being part and parcel of progressives' commitment to democracy, free speech--even "troll" speech--is given pretty free reign. As it ought to be. Progressive publications that censor opinions hostile to their bias lose progressive "street creds."

Defining ordinary, tolerable troll speech is important, for my argument depends on distinguishing it from climate-troll speech, which, as I'll soon argue, amounts to forum perversion that deserves zero tolerance in progressive/leftist media. Now, ordinary trolls are defined as suggested above: by their hostility (reflected in article comments) to the bias of a publication, its writers, and its readers. And there's nothing necessarily morally reprehensible about "playing the troll"; I as a left-progressive have done so on the Daily Kos site and in numerous Facebook groups. Inevitably, playing the troll attracts widespread hostility, deletion of one's comments, and outright bans, but if you can't stand the troll heat, stay out of the troll kitchen. Most trolls have supernatural heat tolerance. And fittingly enough, climate-denying trolls could easily walk on the sun.

Now, in line with Mill's principles on free speech, trolls can perform a valuable democratic service, informing readers not only about how their opponents think, but about the very nature and meaning of their own position on an issue. But sometimes it's clear that individual trolls go much further in their hostility: they'd clearly like to take over, subvert, or destroy the forums in which they're expressing their views. What prevents them from doing so is usually two things: 1) a lack of power, meaning that the ordinary means of troll suppression (ignoring and blocking) work just fine and 2) the various forums' lack of commitment to Mill's views on free speech, meaning that even harmless trolls not seeking to subvert whole forums get banned long before it's objectively warranted.

Such is clearly not the case with the progressive forums I'm writing about. If anything, they take Mill's commitment to democratic free speech too far. The poet Robert Frost memorably wrote, "A liberal is a man too broadminded to take his own side in a quarrel." While the word liberal has fallen (or been driven) out of fashion, Frost's stinging jibe applies often enough to the progressive forums I'm addressing here. To such extent that they let climate-troll comments--which should simply be banned-- pervert the very functioning of their forums. To such extent that every political article mentioning humanity's climate emergency risks degenerating into unqualified amateur debate over the merits of billionaire-sponsored climate pseudoscience.

To illustrate my views on forum perversion, let me cite the precise article that incited me to develop those views: Chris Hedges' recent Truthdig piece "Confronting the Cult of Death."

Now, recalling that Truthdig is a left-progressive publication and Hedges a Pulitzer Prize journalist to the left of most Democrats, what might most Truthdig readers of the cited article reasonably want to discuss? Certainly Hedges' style and sources, the merits or demerits of his analysis (whether, for example, it's excessively gloomy), its political implications, and the political assumptions underlying it. Inevitably, seeing how controversial religion is among progressives/leftists, readers will want to discuss the role religion plays in Hedges' analysis--a large one, given that Hedges is not merely a renowned journalist but an ordained Presbyterian ministe r. All these grounds for commenting are of course fair game and utterly uncontroversial.

Perhaps most importantly, activists (like me), who largely accept Hedges' terrifying analysis of the facts on the ground (but not his political near-despair), are eager to propose and discuss political strategies for addressing those alarming facts. Granted, activists with strategy proposals are usually the smallest minority of commenters, but if any of us are right, we're clearly by far the most important commenters--offering prospects for warding off unprecedented climate-based disasters or even human extinction itself. That's why we're the quickest to resent ill-intentioned, climate-denying trolls willfully perverting forums as promising for advocating solutions as Chris Hedges articles for their own vile aims. Especially when these trolls--unlike all the legitimate commenters I mentioned--contribute nothing of value to the discussion and have no discernible aim but to steal and pervert our political forum. And unlike individual trolls grinding their personal political axes, they clearly have the numbers, networks, and oligarch-funded pseudoscience resources (climate-denying "think tanks") to do it.