Currently, Congress is open for avaricious business, not for productive democracy 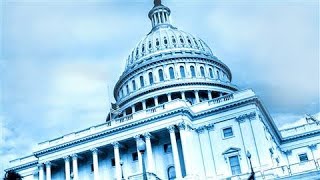 Following the mid-term elections, progressive citizen groups have to advance an agenda that makes Congress work for all Americans. The first step, however, is to acknowledge that Capitol Hill has walled itself off from the people, on behalf of corporate autocrats.

Currently, Congress is open for avaricious business, not for productive democracy. Congress itself is a concentrated tyranny of self-privilege, secrecy, repressiveness, and exclusive rules and practices. Congress fails to hold public hearings on many important matters and too often abandons oversight of the executive branch, and shuts out citizens who aren't campaign donors. (See my new book, How the Rats Re-Formed the Congress.)

Having sponsored in the nineteen-seventies the bestselling book ever on Congress -- "Who Runs Congress," I have a frame of reference for the present, staggering institutional narcissism of the Congress as the most powerful, though smallest, branch of our federal government.

It would have been rare in the sixties and seventies for major legislation to have moved to the floor of the House and the Senate without thorough public hearings with witnesses from a diverse array of citizen groups being given a chance to come and testify.

In the past two years, the Republicans sent the tax escape and health care restriction legislations to the floor, without any public hearings at the Committee level. The "tax bonanza for the corporate and wealthy" passed into law, while the "take away health care for millions of people" bill fortunately lost by one vote in the Senate.

Cong. Bob Goodlatte, chairman of the House Judiciary Committee, sent five bills to the House floor, without public hearings, that were meant to usurp the state courts' traditional jurisdiction and weaken your rights to have your day in court before a trial by jury were you wrongfully injured. This vicious attack by Goodlatte's corporatists on vulnerable victims was blocked by the Senate Democrats.

U.S. Supreme Court nominees before the Senate used to face days of public hearings with many valuable witnesses. For three decades, the Senate Judiciary Committee, under both Democratic and Republican control have shortened the hearings and markedly cut back on witnesses permitted to testify. Knowledgeable people with adverse information about the nominees were kept from testifying -- their requests often not even acknowledged.

The signs of Congressional closeouts are everywhere. Years ago, Congress excluded itself from the great Freedom of Information Act. This arrogance fostered a breeding ground for abusive secrecy, covered up were such conflicts as members of Congress speculating in stocks with their inside information, corruption inquests before House and senate Ethics Committee. Even using taxpayer money to settle credible accusations of sexual assault against sitting lawmakers were all covered up.

Members of Congress get special favors from an airline industry that gives you the back of its omnipresent, fee imposing hand (except for Southwest Airlines). Our survey of every member of Congress which aimed to publicize the details of these commercially provided privileges was ignored by every member of Congress. (See my "Letter to Congress re: Airline industry influence"). Also, nobody knows what favors the banks give them, while these subsidized firms gouge their customers with outlandish fess, penalties and ludicrously low interest rates on savings.

If you've ever wondered why the nearly $5 billion you pay annually to support 535 offices in Congress does not produce supervision of the sprawling wasteful executive branch Departments such as the Department of Defense, the Department of Interior, Agriculture, Commerce, Energy, and State, the FDA and others, it might just be that the corporate donors are in effect paying their recipient solons to look the other way and let their passive Committee staff slumber.

Related Topic(s): Congress; Congressional Ethics; Congressional Millionnaires; Congressional Pay Raises; Congressonal Lobbyists; Money; Reform, Add Tags
Add to My Group(s)
Go To Commenting
The views expressed herein are the sole responsibility of the author and do not necessarily reflect those of this website or its editors.