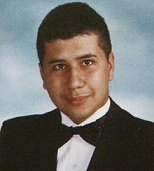 No Conjecture - Rumors Or Speculation In This Detailed Report

For the millions of people who have been skeptical to the rumors, racial accusations, speculation and one-sided media accounts behind the February 26, 2012 shooting death of Trayvon Martin,  REUTERS  News Service concluded an extensive investigation into the life of George Zimmerman and events leading up to the shooting.

And based on their extensive interviews with relatives, friends, neighbors, schoolmates and co-workers of Zimmerman in two states, law enforcement officials, and reviews of court documents and police reports, the story sheds new light on the man at the center of one of the most controversial homicide cases in America.

As facts emerge, we learn that Zimmerman is actually bi-racial, and prior to the shooting there had been a rash of break-ins and burglaries in that community. Police have reports of witnesses identifying the suspects as "young black men." In fact one witness, a black female neighbor is quoted saying..."There were black boys robbing houses in this neighborhood, That's why George was suspicious of Trayvon Martin."

Prelude To A Shooting

According to Reuters....The first time the dog ran free and cornered Shellie in their gated community in Sanford, Florida, George called the owner to complain. The second time, Big Boi frightened his mother-in-law's dog. Zimmerman called Seminole County Animal Services and bought pepper spray. The third time he saw the dog on the loose, he called again. An officer came to the house, county records show.

"Don't use pepper spray," he told the Zimmermans, according to a friend. "It'll take two or three seconds to take effect, but a quarter second for the dog to jump you," he said. "Get a gun." That November, the Zimmermans completed firearms training at a local lodge and received concealed-weapons gun permits. In early December, another source close to them told Reuters, the couple bought a pair of guns. George picked a Kel-Tec PF-9 9mm handgun, a popular, lightweight weapon.

By June 2011, Zimmerman's attention had shifted from a loose pit bull to a wave of robberies that rattled the community, called the Retreat at Twin Lakes. The homeowners association asked him to launch a neighborhood watch, and Zimmerman would begin to carry the Kel-Tec on his regular, dog-walking patrol - a violation of neighborhood watch guidelines but not a crime. Few of his closest neighbors knew he carried a gun - until two months ago.

On February 26, George Zimmerman shot and killed unarmed black teenager Trayvon Martin in what Zimmerman says was self-defense. The furor that ensued has consumed the country and prompted a re-examination of guns, race and self-defense laws enacted in nearly half the United States. During the time Zimmerman was in hiding, his detractors defined him as a vigilante who had decided Martin was suspicious merely because he was black.

After Zimmerman was finally arrested on a charge of second-degree murder more than six weeks after the shooting, prosecutors portrayed him as a violent and angry man who disregarded authority by pursuing the 17-year-old. But a more nuanced portrait of Zimmerman has emerged from a Reuters investigation into Zimmerman's past and a series of incidents in the community in the months preceding the Martin shooting.

George Michael Zimmerman was born in 1983 to Robert and Gladys Zimmerman, the third of four children. Robert Zimmerman Sr. was a U.S. Army veteran who served in Vietnam in 1970, and was stationed at Fort Myer in Arlington, Virginia, in 1975 with Gladys Mesa's brother George. Zimmerman Sr. also served two tours in Korea, and spent the final 10 years of his 22-year military career in the Pentagon, working for the Department of Defense, a family member said. In his final years in Virginia before retiring to Florida, Robert Zimmerman served as a magistrate in Fairfax County's 19th Judicial District.

Robert and Gladys met in January 1975, when George Mesa brought along his army buddy to his sister's birthday party. She was visiting from Peru, on vacation from her job there as a physical education teacher. Robert was a Baptist, Gladys was Catholic. They soon married, in a Catholic ceremony in Alexandria, and moved to nearby Manassas. Gladys came to lead a small but growing Catholic Hispanic enclave within the All Saints Catholic Church parish in the late 1970s, where she was involved in the church's outreach programs.

Gladys would bring young George along with her on "home visits" to poor families, said a family friend, Teresa Post. "It was part of their upbringing to know that there are people in need, people more in need than themselves," said Post, a Peruvian immigrant who lived with the Zimmermans for a time. Post recalls evening prayers before dinner in the ethnically diverse Zimmerman household, which included siblings Robert Jr., Grace, and Dawn. "It wasn't only white or only Hispanic or only black - it was mixed," she said.

He was raised in a racially integrated household and himself has black roots through an Afro-Peruvian great-grandfather - the father of the maternal grandmother who helped raise him. Zimmerman's maternal grandmother, Cristina, who had lived with the Zimmermans since 1978, worked as a babysitter for years during Zimmerman's childhood. For several years she cared for two African-American girls who ate their meals at the Zimmerman house and went back and forth to school each day with the Zimmerman children. "They were part of the household for years, until they were old enough to be on their own," Post said.

Zimmerman served as an altar boy at All Saints from age 7 to 17, church members said. "He wasn't the type where, you know, 'I'm being forced to do this,' and a dragging-his-feet Catholic," said Sandra Vega, who went to high school with George and his siblings. "He was an altar boy for years, and then worked in the rectory too. He has a really good heart." George grew up bilingual, and by age 10 he was often called to the Haydon Elementary School principal's office to act as a translator between administrators and immigrant parents. At 14 he became obsessed with becoming a Marine, a relative said, joining the after-school ROTC program at Grace E. Metz Middle School and polishing his boots by night.

I am the publisher of an online news website and blog covering local, state and national news since 2007. Author of 4 cold-case murder books in the "Who Killed?" series published by Rooftop Publishing Company. Retired from mainstream media in 2007 (more...)
Related Topic(s): FOX NEWS; Media; Media Distortion; Media Network ABC; Media Network Al Jazeera; Media Network NBC; Media Newspapers; Media Radio; Media Tabloids; Media Washington Post; (more...) Media-News; Trayvon Martin Death, Add Tags  (less...)
Add to My Group(s)
Go To Commenting
The views expressed herein are the sole responsibility of the author and do not necessarily reflect those of this website or its editors.

Fred Waldron Phelps Sr: Is He Now The Most Hated Man In The World?

Is There A Real Connection Between Barack Obama And Barry Soetoro?

Homeland Security Envisions Being Able To Detect Crime Before It Happens

Marketing Campaigns Overshadow Deadly Side Effects Of Some Drugs