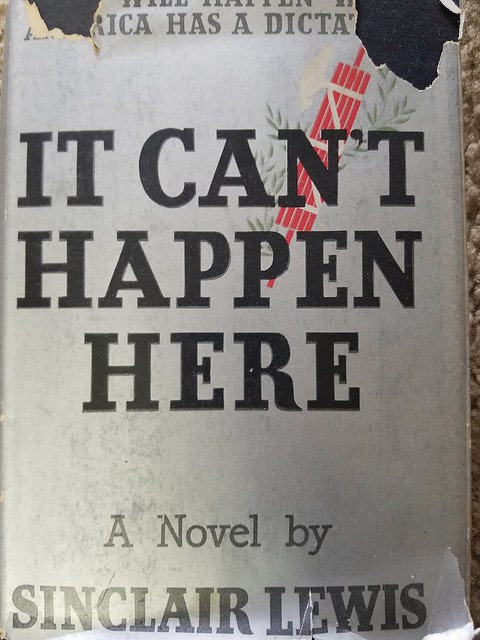 Fascism is a form of far-right, authoritarian ultranationalism characterized by dictatorial power, forcible suppression of opposition, and strong regimentation of society and of the economy, which came to prominence in early 20th-century Europe.

Fascists believe that liberal democracy is obsolete and regard the complete mobilization of society under a totalitarian one-party state as necessary to prepare a nation for armed conflict and to respond effectively to economic difficulties. A fascist state is led by a leader such as a dictator and a martial law government composed of the members of the governing fascist party to forge national unity and maintain a stable and orderly society.

Fascism rejects assertions that violence is automatically negative in nature and views imperialism, political violence and war as means that can achieve national rejuvenation. The extreme authoritarianism and nationalism of fascism often manifests a belief in racial "purity" or a "master race", usually synthesized with some variant of racism or bigotry of a demonized other; the idea of "purity" has motivated fascist regimes to commit massacres, forced sterilizations (as happened under Trump at our southern border), genocides, mass killings or forced deportations against a perceived other (deportation of active US military).

If anyone doubts Republicans want a fascist dictatorship, all you must do is look at their actions. The United States is the only Western democracy where a nationally viable right-wing movement currently is clear fascism. It alone features such clear, repeated linkages between organized, paramilitary forces (Proud Boys, 3%, (fake) Militias ") and a mainstream major party with access to institutionalized mechanisms of power and governance.

The first is direct signaling: GOP politicians speak directly to paramilitary groups. Trump engaged in direct signaling more than once, with troubling statements like: "I'm urging my supporters to go into the polls and watch very carefully" or the Proud Boys to "stand back and stand by." This shows a willingness to solicit help from armed groups and individuals.

The second is permissive signaling: GOP politicians do not give specific instructions to paramilitary groups but indicate that violence will go unpunished, and the GOP will interfere in attempts to stop it from happening (the GOP in congress being against a Jan. 6th commission for example). Trump's reference to "some very fine people on both sides" at Charlottesville's Unite the Right rally (which was done by Nazis) is a good example of permissive signaling. GOP politicians supported the caravan of nearly 100 trucks that surrounded and attempted to run off the road, a Biden campaign bus on a Texas highway. The incident was cheered by Sen. Marco Rubio, and Trump, among others.

After the armed occupation of the Michigan State Capitol on April 30, 2020, the Republican speaker of the house said, "There's nothing more American than people coming together to ensure their voices are being heard." Permissive signaling also occurs when responsibility for acts of violence are quickly shifted onto opposition groups, such as when Florida Rep. Matt Gaetz blamed antifa (which is not a unified group) for the Capitol insurrection just hours after the attack.

The third is coordination: GOP politicians and government officials work with paramilitary groups (Trump's people working with Proud Boys for Jan 6th for example, or that same group being welcomed at the GOP CPAC), cooperating with them in performances that make it clear they are part of the same movement. The chair of the Michigan GOP was involved in organizing an attempt to disrupt vote-counting in Detroit and organized 19 buses to Washington for the Jan. 6 insurrection. Michigan Republican Senate leader appeared at an event alongside organizers of the armed occupation of the Statehouse only weeks after it happened, sharing the stage with a militia member who would later be arrested in the plot to kidnap Gov. Gretchen Whitmer.

The GOP regularly promises to put America first and extolls the virtues of ordinary Americans (by which they often mean white Americans). Mussolini's The Doctrine of Fascism (1932) - partly ghostwritten by philosopher Giovanni Gentile, who Mussolini described as "the philosopher of Fascism" - states:

The Fascist conception of the State is all-embracing; outside of it no human or spiritual values can exist, much less have value. Thus understood, Fascism is totalitarian.

Fascists such as Mussolini thought violence could cleanse and a tarnished nation. Fascism views violent action as a necessity in politics that fascism identifies as being an "endless struggle". They encouraged loyal thugs to rough up, and occasionally kill, people whose politics differed from theirs (as Trump did multiple times at rallies). At GOP rallies, according to many reports, things have been said that could be interpreted as invitations to assassination. GOP followers often speak longingly of violent acts they wish to see committed against others.

Fascists trumpeted what they saw as masculine virtues and male authority within family and society, urging women to confine their sphere to home and children. The GOP shares much of this outlook, lauding their own stamina and accusing opponents of lacking it. They mock men whom they deem deficient in virility.

Fascists always looked to a leader who was bold, decisive, manly, uncompromising, and cruel when necessary. Mussolini and Hitler worked hard to polish their images as dauntless rulers beholden to no one. They encouraged their followers to idolize them as Il Duce and der Fuhrer. They claimed special insight into the will of the people. Trump, although not a war veteran, fully embraces the cult of the leader. He offers his business "experience" as evidence of his leadership. He also claims to channel the common man.

Italian and German fascism shared a commitment to the notion rebirth. Mussolini and Hitler encouraged their supporters to believe in lost (or stolen) greatness, in a glorious past. That could be long ago, as with the Roman Empire, which Mussolini invoked, or only a couple of decades prior, as with the German Reich that was, according to Hitler, "stabbed in the back" in 1918. Trump made this appeal to a golden age the centerpiece of his campaigns, assuring that only he can "make America great again."