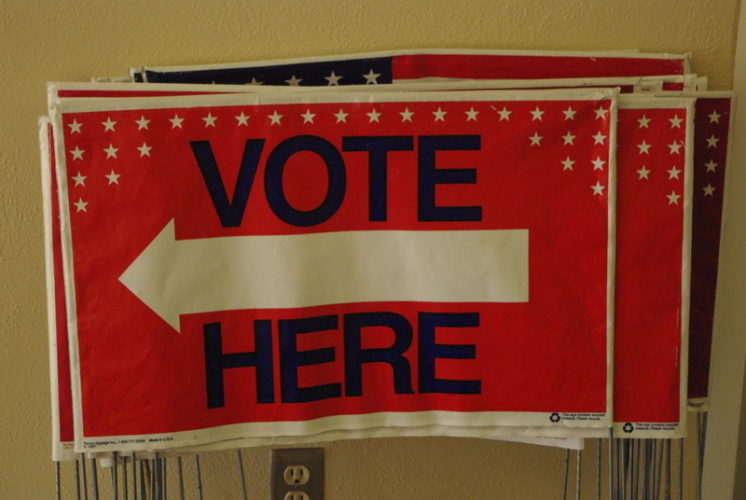 Still-incomplete explanations of problematic aspects of new voting systems that debuted in November 2019 and will be used in 2020 suggest that voters will likely see random delays in voting and vote counting during next year's presidential primaries and fall election.

The new voting systems were being tested or deployed in advance of 2020. While the machinery did not widely fail across all jurisdictions, there were diverse and serious problems that could undermine public trust if they recur in 2020. However, the official responses, thus far, have not been reassuring.

Take Georgia, for example. There, new systems were tested in nine counties on November 5 before statewide use in 2020's primaries. In four counties, the start of voting was delayed by more than one hour, according to a secretary of state summary that mostly blamed the users, but not the technology. The users would be poll workers and other officials (who underwent training) and private contractors who program the system checking in voters.

The opening of the polls is one of the busiest times at polling places, when people come to vote on their way to work.

"We had 45 incidents out of 27,482 votes or an incident rate of 0.164 percent," the secretary of state's report summary said. "Nearly all issues were caused by human error or interaction which can be mitigated through training or identified through testing."

That statistical assessment is breezy. The report's fine print describes poll openings delayed by an hour, but does not say how many voters were kept waiting. The apparent reason was that the electronic poll book system had "an additional field within the dataset erroneously." If that analysis is correct, that is an amateur programming error. The report said that private vendors used Wi-Fi to access and reprogram it. But that wasn't the only problem.

On Election Day, the heart of the new voting system, the touch screen balloting unit from Dominion, a voting system vendor, "rebooted" -- or turned itself off and back on -- "while [the] voter was at the touchscreen" in several precincts, the report said. In other examples given, a computerized card that is given to voters as they check in and tells the touch screen which ballot to bring up either didn't work or caused voters to be "given incorrect ballots."

Georgia arguably was the least voter-friendly state in 2018, as recounted by the sweeping federal lawsuit filed by allies of Democratic gubernatorial candidate Stacey Abrams that listed a catalog of bureaucratic hurdles and procedural snafus. While Abrams lost that race to Republican Secretary of State Brian Kemp, Georgia is seen as a potential 2020 swing state.

While it may be true that human-made programming and testing errors were to blame, what is clear is that the debut of a new system to be used statewide next year has technical bugs that will interfere at prime time with the voting process. The voter turnout in Georgia's nine test counties was 15 percent or less. Next year it could easily quadruple in primaries and the fall election. The voting process, due to no fault of the voters, may be arduous, unpredictable and delay-filled.

Another 2020 swing state -- and one that will be critical to the presidential election result -- is Pennsylvania. There, a number of urban and suburban counties debuted the ExpressVote XL ballot-marking system from Elections Software and Systems (ES&S), which is the nation's largest voting machine vendor. What unfolded in Northampton County and Philadelphia pointed to different issues where public explanations thus far have not explained what went wrong.

On November 5, there were problems with ES&S's touch screens being either too sensitive, meaning that the slightest touch -- or clothes or paper brushing by -- registered unintended votes. There were other cases where the touch screens were not sufficiently sensitive and did not record votes despite voters firmly pressing the screen, said Citizens for Better Elections' chief technologist Kevin Skoglund.

There were also problems with voters verifying ballots, he said. The ExpressVote XL prints a ballot summary card (the size of a sheet of legal paper folded in half) for the voter to review and approve before submitting it. But it presents that summary under a glass cover. Skoglund said that it was hard for voters to see because it used a small font size. The physical height and poor lighting in some polling places compounded that difficulty, he said.

"Those were the first problems that the voters were experiencing," he said, before turning to problems that surfaced in Northampton County in eastern Pennsylvania.

Steven Rosenfeld  covers democracy issues for AlterNet. He is a longtime print and broadcast journalist and has reported for National Public Radio, Monitor Radio, Marketplace,  TomPaine.com  and many newspapers. (more...)
Related Topic(s): 2020 Elections; Recount; Voting; Voting Machine Election Fraud 2018 2020; Voting-machine Errors, Add Tags
Add to My Group(s)
Go To Commenting
The views expressed herein are the sole responsibility of the author and do not necessarily reflect those of this website or its editors.