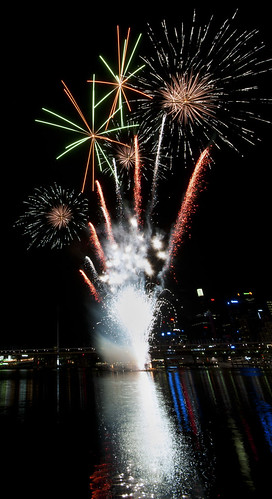 "No to a United States of Europe", says President of German Parliament

2017 faded away with still another major disagreement, in Germany and in the European Union! Germany's Parliamentary President, and former Eurozone gatekeeper, Wolfgang Schauble blasted Martin Schulz, leader of the country's Social Democratic Party ('SPD') and former President of the European Parliament, for his campaign to promote a 'United States of Europe', a project that should become constitutionally binding on all EU member states and to be in place by 2025.

Schauble, a member of Angela Merkel's Christian Democratic Union ('CDU') and former minister of finance, was categorical in his rejection. But his missive was not meant at Schulz alone. He was, in fact, addressing all Socialists of the EU, and French President Emmanuel Macron, officially a centrist like himself, who was elected thanks to French socialist votes, but whose policies so far are favouring capitalism. No surprise, though: he is a financial investment banker, who worked for Rothschild & Cie until he joined in 2012 the circle of former French President François Hollande, as the deputy secretary-general of his staff.

Macron troubled in September 2017 most EU leaders when, at a keynote speech at Sorbonne University, Paris, he outlined his vision for Europe. Capitalising on the uncertainties presented by the forthcoming Brexit, he expressed his commitment to:

- Expanding the Eurozone to all member states of the Union and introducing Euro-based financial instruments accessible to all--a proposal that Germany rejected off-hand. Schulz is, however, in favour of this objective.

- Reducing inequalities by introducing a set of new taxes, including high tech, energy and financial transaction taxes, and harmonising upwards tax-rates across the Union--a measure very unpopular among smaller states, like Bulgaria, Cyprus, Hungary, Ireland, Luxembourg, Malta, the Netherlands, who attract Foreign Direct Investment ('FDI') thanks to their advantageous income imposition. It is worthwhile noting that the worldwide trend in corporate taxation has in the past 37 years been to reduce rates. The average unweighted statutory corporate tax-rate was 38.68% in 1980, but 22.96% in 2017, an actual reduction of 41% during this period, according to consulting firm PwC. With the U.S. and the UK preparing to join soon the bandwagon of tax-friendly nations, the French proposal is likely to deter, rather than attract, FDI from third countries.

- Applying guaranteed minimum wage and payroll charges in all 27 member states. This may also become a deterrent to FDI, as companies take into account social charges when they seek venues to establish subsidiaries and to employ local workers.

- Creating and deploying a European 'rapid action defence force' and a central intelligence organisation, or 'academy', to fight internal and external threats. It sounds reasonable. However, some member states have already opted out of NATO membership, so it is not certain they will support such development.

- Establishing a common migration policy for receiving and integrating refugees. Here also disagreements among member states are persisting since the 2015 crisis, and it is not certain that even nations not directly affected by such unsolicited immigration would sign up.

- Revising the EU's Common Agricultural Policy ('CAP') in order to avoid disparities among member states. French farmers have, however, benefitted the most from CAP, and their lobby is politically very powerful in France, Brussels and Strasbourg. If they become truly challenged, their reaction may shake the walls of the presidential palace in Paris!

- Reconfiguring the European Parliament, after Britain's exit, by letting the latter's seats be allocated to MEPs elected on a new, transnational method. There are supporters among European socialists for this idea. It is, however, not clear what will happen with the EP's total configuration, if and when the EU accepts new member states.

- Halting the organic expansion of the Commission, by limiting its members to 15, instead of the current 'one member state-one commissioner' approach. Most heads of government or state at the European Council should favour such measure, considering their preference for an intergovernmental Union and their aversion for supranationalism!

- Promoting aggressively 'radical' digital innovation to compete internationally. Europe definitely needs to take 'the bull by the horns' in this issue, as she is already overtaken by its major, and even minor, competitors. But the intention is inconsistent with the new vertical and horizontal taxation measures contemplated above. The most likely scenario is that, under such circumstances and in spite of any EU-fabricated incentives, innovative companies and competent individuals in high technologies will migrate to more welcoming lands.

- Unifying and integrating the cultures of the Europeans. This is probably where the trigger of the 'United States of Europe' can be placed. A laudable vision--but what does it really mean? And how can this be materialised? Moreover, it is naïve to believe that even the United States of America has an optimally integrated culture shared by all of its citizens. In times of crisis, as the one in which we have lived for the past nine years, people pull the blanket of culture to their own side, and cultural divisions become more pronounced.

J N Couvas is an academic, journalist, and an international corporate and political adviser, specialising in Middle East and Balkan affairs. He teaches international strategy and executive leadership at universities in the region.

EU Leaders Jockeying for a Place in History!

Winds of War and Trade-offs

Turkey: Already preparing for the playoffs

Independence Day Fireworks on Both Shores of the Atlantic

Grexit (1): A year after the 13 July EuroSummit, the nightmare goes on