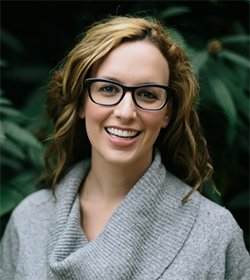 The hiring by CNN of Sarah Isgur Flores, a longtime Republican Party hack and former spokesman for Attorney General Jeff Sessions, as the political director for the 2020 campaign should not surprise anyone. Lest anyone point to MSNBC as having more sense than CNN, it is noteworthy that Isgur also interviewed at 30 Rockefeller Center, NBC News headquarters in New York, for a position there prior to accepting the one at CNN. For a Donald Trump puppet, someone who gladly signed a loyalty pledge to Trump before accepting the political director's job at CNNa network Isgur has previously called the "Clinton News Network"points to the degradation of broadcast news to nothing more than mindless infotainment and political insider navel gazing. The cable news networks and their money-losing broadcast cousins at ABC, CBS, and NBC are totally governed by ratings and not what's in the public interest. For those who believe PBS is a safe haven, its Corporation for Public Broadcasting now counts Trump loyalists and contributions from the Koch Brothers among its many journalistic sins.

Almost gone totally from the broadcast news scene are those who began as print reporters for newspapers or magazines. One notable exception is MSNBC's intelligence reporter, Ken Dilanian, who, after he left the Los Angeles Times after he was found to have cleared his stories, prior to publication, with the CIA, was hired by the Associated Press before jumping to MSNBC. Dilanian recently reported that the Senate Intelligence Committee found no collusion between the Trump campaign and Russia. What Dilanian failed to report was that was only the opinion of the committee's majority Republicans and their chairman, Senator Richard Burr (R-NC).

Dilanian's biases are only exceeded by those of Mitchell, whose is married to former Federal Reserve Bank chairman Alan Greenspan and who reflects the insider apparatchik viewpoint on any given topic within the DC Beltway. Mitchell, who rests on the laurels of being lied to by Philadelphia Mayor Frank Rizzo when she was a reporter for KYW-3, now gladly accepts, without question, the flurry of lies from Trump administration officials.

Political hacks working for TV news did not start with Isgur. In fact, CNN officials who have been forced to defend Isgur's hiring, pointed to ABC having hired some years ago, President Clinton's one-time Communications Director, George Stephanopoulos, as the host of its Sunday morning news program. Stephanopoulos entered the political scene through the 1988 Michael Dukakis presidential campaign. Ditto with MSNBC's Chris Matthews, who began his career in Washington as a U.S. Capitol Police officer before joining the staff of House Speaker Tip O'Neill.

There are many other examples of political flacks parading as journalists. Washington Post editor Ben Bradlee refused to pay the National Press Club dues for any Post journalist because he said, "too many flacks run that place." Bradlee's "flack radar" certainly was not working when he hired Bob Woodward out of Navy Intelligence, with a one-year post-Navy training stint as a reporter for the Post-owned Montgomery Sentinel, a suburban DC paper. Woodward's first attempt to work for the Post was rejected by metropolitan editor Harry Rosenfeld, a traditional hardscrabble newsman, who said Woodward lacked any journalistic experience.

Isgur's role at CNN follows the network's decision to hire Trump's former campaign manager, Corey Lewandowski, during the 2016 campaign. The network also hired Matt Whithaker as a commentator prior to his leaving to become chief of staff to Sessions at Justice. Isgur, as Sessions's press spokesperson, worked closely with Whitaker.

The news has now been reduced to chattering nabobs sitting around a glass-top table. Very few of these on-air "reporters" have worn out their shoes conducting stakeouts of federal court houses, police stations, hotel lobbies, or the favorite "watering holes" of politicos. Giggling over gossipy fare while drinking coffee while sitting around a TV set table does not qualify as news reporting.

In the 1960s, 70s, and 80s, viewers received more news in a 22-minute evening news segmentthe total news time minus commercialsthan they obtain in a 24-hour news cycle on CNN, MSNBC, and, most certainly, Fox News. The reason why the public took the Watergate scandal seriously was because those who reported on it were serious reporters. Their professionalism is practically non-existent today, with very few exceptions, Howard Fineman at MSNBC and Mark Shields at PBS being among them.

Richard Nixon would have remained in office and would have likely been followed by at least a one-term President Spiro Agnew, if the journalists covering Watergate acted like the talking heads of today. NBC's Meet the Press would have featured clips from Johnny Carson's Tonight Show monologue. Walter Cronkite would have been swapping jokes with Eric Sevareid during a round table also featuring Sly Stone of "Sly and the Family Stone," political humor columnist Art Buchwald, and conservative pontificator William F. Buckley. The ukulele-playing Arthur Godfrey would have anchored the NBC Nightly News with Bob Hope and Martha Raye providing their views on Watergate in live shots from Palm Springs.

And if all that happened, we would have become far dumber way before now.

Related Topic(s): CNN; Dumber; Dumbing Down; Loyalty; Media CNN; News And Media; President; Reporters; Spokesperson, Add Tags
Add to My Group(s)
Go To Commenting
The views expressed herein are the sole responsibility of the author and do not necessarily reflect those of this website or its editors.