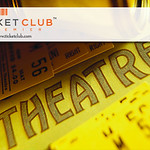 If there was ever any doubt that our news is censored, it is dispelled today with the universal suppression of an important event that took place yesterday at the Hague, in the Netherlands, on the premises of the Organization for the Prohibition of Chemical Weapons. Fifteen eyewitnesses to the events of April 7 in the emergency department of the hospital in Douma, Syria, were consistent in their testimony that the incident described in Western news media as a chemical weapons attack was a crudely orchestrated panic scene staged for video cameras to provoke an armed attack on Syria. In fact, as you may remember--though little has been said about it since--the air forces of France, the USA, and England dropped bombs on Syria in the predawn hours of the next morning.

Doctors, nurses, and patients were in agreement that no trace of ehcmical weapons was detected on any patient, and none suffered any symptoms of chemical exposure. You can search US media high and low for an account of these witnesses' narratives, and you will find nothing, The Washington Post, in an abbreviated squib, refers to the participants as "alleged witnesses" and makes no reference whatsoever to the substance of their testimony, which was compelling and aired at length by news sources outside the USA, Common Dreams, Democracy Now, The Real News make no mention today of the testimony, even though it indicates clearly that the attack on Syria was based on a transparent pretext.

Several of the witnesses told us that the children in the video were snatched from the hands of their parents to be doused. One of them, an eleven-year-old boy, was among those giving testimony, and he is shown in the video being manhandled by "rescuers." Western news-mongers signal tacit approval of this tactic in their refusal to view the video critically.

We can only guess how a censorship project of this magnitude is managed. We can surmise that news outlets are threatened in some way, but it's not possible to say how this is accomplished or what the threats might consist of. We know from coverage of the events of September 11, 2001, that the threats are effective. Despite ample evidence of US government complicity in that episode of mass murder, no question is ever raised in the mass media about the government's account. As a result, many people still accept that three New York skyscrapers collapsed because two were struck by airplanes. We can guess that--in the absence of critical comment--the bombing of Syria on April 8 will enjoy similar public support.

Hartford, Connecticut, lawyer, grandfather, Air Force veteran. Author/publisher, Current Invective www.currentinvective.com
Related Topic(s): Censorship, Add Tags
Add to My Group(s)
Go To Commenting
The views expressed herein are the sole responsibility of the author and do not necessarily reflect those of this website or its editors.