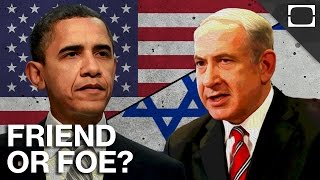 A maddening element of the Ilhan Omar controversy is all the experts offering instruction on The right way and the wrong way to criticize the Israel lobby. Why must someone who sees a dreadful faction working to skew US policy-making walk on eggshells when attacking it? Do the Parkland students hold back about their target lobby? Do advocates for abortion rights issue rules of rhetorical niceness when they see the enemy gathering across the Supreme Court plaza?

Oh -- but you are talking about Jewish influence.

Actually we have made that distinction: we are talking about Zionist influence.

Oh, but don't you see, 92 percent of American Jews are Zionists. The overwhelming preponderance of the community. So you are taking on a Jewish interest, our right to a state in our "ancestral homeland" (to quote liberal Zionist lecturers Batya Ungar-Sargon and Tom Friedman).

I don't accept the restrictions. I think the Israel lobby is a baleful influence that has helped to make the Middle East a violent neighborhood and to involve the U.S. in quagmires; and so we need to talk about it. It's too important not to. And if you accept all the rules, it means you will never really take on the lobby out of fear of saying the wrong thing about money or allegiance and being labeled an anti-Semite. Which is sort of the point, right?

Here, for the faint of heart, is my quick list of instances in which the Zionist lobby skewed US foreign policy at the highest level, going back to Israel's creation.

1. Truman and the recognition of Israel.

In recognizing Israel, Harry Truman reversed FDR's promise to the Saudis not to do so, and overrode his own conviction that religion and state should never be joined.

John Judis's book, "Genesis: Truman, American Jews and the Origins of the Arab/Israeli Conflict"says that American Zionist pressure was essential to formulating Truman's approach. As I wrote in a review:

"The core of his investigation is surely the moment in mid-1948 when Truman wanted Israel to stop taking more land by military force beyond the UN's Partition lines and was 'disgusted' by the Israeli refugee policy, saying that Jews had turned their own narrative on its head by denying Palestinians the right to return. But Truman folded on these impulses, Judis says, in part because he needed $100,000 from political donors Abe Feinberg and Ed Kaufmann, a huge sum in 1948 for a whistlestop campaign trip through the midwest in September 1948 when his campaign was broke and Thomas Dewey was threatening to make him a one-termer."

Those Zionist donors got "unmatched access to the White House," Judis writes. Israel advocates came and went in the Truman White House and, aware of the State Department's opposition to the establishment of a Jewish state, dug in whenever it was necessary.

Many of Truman's meetings on the issue were dominated by political considerations, something Judis says is impossible to imagine taking place in meetings over, say, the Berlin crisis. Indeed, a number of administration officials were actually part of the nascent Israel lobby, and spouting Islamophobia.

"Some of these advisers are White House officials, some are members of the Jewish agency, some occupy a 'gray area' in between, it hardly matters. Ben Cohen was both advising the Jewish Agency and serving as an American representative to the UN; Robert Nathan was an economist in the Roosevelt and Truman administrations and also working for Chaim Weizmann in Palestine; Max Lowenthal was 'a proverbial backroom operator' a fixture at the White House, even though he had no formal position and did not have an office... Part of Louis Brandeis's circle of Zionists, Lowenthal drafted memos that went directly to Truman. One said that opposing partition would put the United States 'in the ridiculous role of trembling before the threats of a few nomadic tribes.'"

2. Kennedy and the refugees.

Philip Weiss is a longtime writer and journalist in New York. He co-edits a website on Israel/Palestine, Mondoweiss.net, which he founded in order to foster the movement for greater fairness and justice for Palestinians in American foreign policy. He is currently working on a novel about the US in Australia during WW2.
Related Topic(s): AIPAC; Israel; Israel And Us Relations; Israel Firsters; Israel Lobby; Israel On The Potomac; Israel Runs Washington; Neoconservatives; Zionists, Add Tags
Add to My Group(s)
Go To Commenting
The views expressed herein are the sole responsibility of the author and do not necessarily reflect those of this website or its editors.