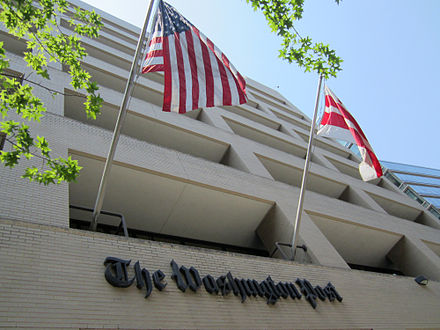 I just emailed this to the Letters Editor of the Washington Post (and to Rubin herself) about Jennifer Rubin's opinion column yesterday; I doubt they will publish it~~~one is not supposed to mention trillionaire newspaper owners in editorial responses to the Washington Post!

If you feel similarly, send a short letter, 200 words or less, letters AT washpost.com Here is the link to the column; the worst parts excerpted for you at the end of my letter are about as nasty, oblivious, and as illogical as I have ever seen in any political opinion column in my 60 years of active political activism and journalism.

Bernie Sanders has some nerve

Did it ever occur to columnist Jennifer Rubin that exit poll discrepancies in at least 8 states, the rampant voter suppression that went on in Texas and other states, plus the missing 300,000 Bernie votes in Michigan, all add up to a vicious picture of election fraud that has not been investigated, let alone adjudicated?

Nonetheless, Bernie is supposed to just crawl off and evaporate?

Did you and your readers know that more than 30,000 people have signed a petition asking for UN intervention in the coming primaries as well as investigations into the past ones, as if the US were some errant 3rd world nation with crooked elections? Here is the text of that one:

TO: The United Nations ~~~ U.N. is needed to oversee Democratic primaries due to election fraud campaign created by Richard Griffin

To oversee our Democratic primaries because exit polls are not matching the official "results" that we are being told after the votes have been cast. When this happens, votes need to be audited. These results have been outside the margin of error.

Why is this important?

Election fraud hurts our democracy. Primaries are being rigged in favor of the candidate the establishment favors. We need to make sure we have election integrity.

Also, were you aware that 7500+ people in the past 2 and 1/2 days have signed this petition to the FEC about the same concerns?