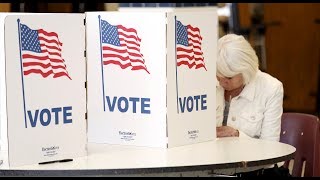 On the second day of the 116th Congress, the new House Democratic majority will introduce H.R. 1, the most comprehensive democracy reform legislation seen this century. It addresses voting rights and electoral procedures, campaign finance rules and loopholes, and seeks to institute higher ethical standards for federal officeholders and more.

One can look at the For The People Act as a wish list of inclusive, transparent and publicly accountable solutions and best practices that seek to come to grips with today's world of voting, election advocacy and voter engagementor suppression. Or one can look at its dozens of focal points as a catalog of everything that has broken down in a system that vainly labels itself the world's greatest democracy.

"When they trust you on this issue, they trust you on other issues as well," said Rep. John Sarbanes, D-MD, chair of the House Democrats' Democracy Reform Task Force and a longtime public financing advocate, describing H.R. 1. "That confidence is what democracy is all about."

The bill's overall framing is to counter systemic corruption that blocks some citizens -- but not others -- from voting; or allows large donors to hide their identity while funding attacks they wouldn't publicly want to be associated with; or enables current and recent office-holders to personally profit from serving in the highest levels of the federal government.

"The anti-corruption stuff isn't new," said Miles Rapoport, Senior Practice Fellow in American Democracy at Harvard Kennedy School, who previously led the government reform groups Common Cause and Demos. "People always say it's rigged. It's corrupt, etc., I think what's new now is people say our democracy itself, our elections themselves, are screwed up, rigged, incompetently run -- one thing or another."

"What I am excited about is these things [specific anti-democratic facets and remedies] are having real resonance," Rapoport continued. "It's not just 'Drain the Swamp,' which everyone can say, right and left, and means different things to different people."

The bill is a compendium of 22 previously introduced political reform bills and some new provisions. Most of the reforms have been proposed by Democratic lawmakers to counter abuses pioneered or deployed this century by Republicans -- whether extreme gerrymanders, voter suppression, or stealth financing -- or rulings from the conservative majority on the U.S. Supreme Court that have deregulated campaigning.

"Throughout the last two years, we have heard people say they didn't just want to be part of a resistance, they wanted to insist on a set of values," said Rep. Ilhan Omar, D-MN, one of the newly elected freshmen from 2018's blue wave, in a press conference about the bill late last year. "I think, for us, it's really important to remember that accessibility, transparency and the trust of the public is the cornerstone of our democracy... They didn't want to send us here to resist [President Trump] and only work on oversight. They want to make sure we are insisting on furthering a set of values."

Broadly speaking, H.R. 1 has three main sections: voting, campaign finance and ethics. Many of these reforms are to counter barriers erected by the GOP in recent years following the Supreme Court's 2013 gutting of the federal Voting Rights Act.

The voting section seeks to remove barriers to participation by:

It seeks to fortify the integrity of the voting and counting process by:

It seeks to restore federal oversight of voting rights by:

The bill would also counter extreme partisan gerrymanders -- which the U.S. Supreme Court refused to do in several recent major cases -- by requiring states to use independent redistricting commissions to draw congressional districts after the 2021 Census. Last fall, a handful of states passed ballot measures to create such commissions after seeing the GOP's domination of that process in 2011.

Steven Rosenfeld  covers democracy issues for AlterNet. He is a longtime print and broadcast journalist and has reported for National Public Radio, Monitor Radio, Marketplace,  TomPaine.com  and many newspapers. (more...)
Related Topic(s): Congress; Democrats; Election Integrity; Election-Voting Issues; Elections; Ethics; Voting, Add Tags
Add to My Group(s)
Go To Commenting
The views expressed herein are the sole responsibility of the author and do not necessarily reflect those of this website or its editors.