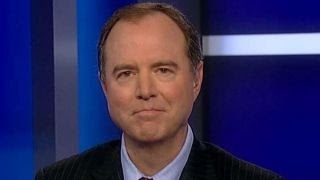 Three weeks after Devin Nunes' supposedly earth-shaking #ReleaseTheMemo was actually released over the objections of the FBI and the Department of Justice, and the nation responded with a giant, collective "Is that all?" And two weeks after Donald Trump blocked Democrats from releasing a more extensive document pointing out the many lies of omission and lies of commission included in Nunes' work, the House Intelligence Committee finally released a redacted version of the Democratic memo.

The Nunes memo focused on a single incident, the re-issue of a FISA warrant against Trump adviser Carter Page, and insisted that event somehow signaled government overreach, and was based on information from British intelligence officer Christopher Steele that was brought to the court through deception for partisan purposes.

The Democratic response, primarily drafted by Rep. Adam Schiff, details how the all of that is itself a deeply partisan fiction created to defend Trump against an investigation that is grinding inexorably closer to the top. A list from the New York Times neatly lays out some prominent points of the Democratic response.

The FISA warrant was based on a lot of different sources, of which the information from Steele was only a small part.

"It describes multiple other categories of information, including yearslong suspicions that Mr. Page was being recruited by Russian spies, and revealed that the F.B.I. had interviewed Mr. Page about his ties to Russian intelligence officials in March 2016."

On other parts of the Nunes memo, such as the contention that a story in Yahoo News had been used to validate information, even though the information in that article ultimately originated with Steele, the Democratic response was more blunt -- that was simply a lie.

"The Democratic memo calls that a false claim by the Republicans."

Instead, the Yahoo article was used only to show that Page himself was denying his involvement with Moscow.

In short, the Democratic response showed that Nunes was full of ... it. Which, of course, drew a response from Nunes.

Related Topic(s): Democratic Memo; Devin Nunes; FISA; Lies Republican; Nunes Memo, Add Tags
Add to My Group(s)
Go To Commenting
The views expressed herein are the sole responsibility of the author and do not necessarily reflect those of this website or its editors.