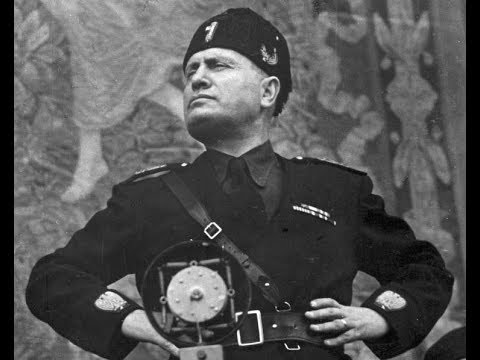 In its late stages, capitalism morphs into a form of neoliberal fascism. In this instance, the structural misery produced by capitalism via its destruction of the welfare state, safety net, and its growing investment in accelerating inequality and criminalizing all social problems merges with the theater of racism, racial cleansing, hyper-masculinity, ultra-nationalism, militarism, scapegoating the vulnerable, and the politics of disposability. Cruelty and hate now become a badge of honor among the financial, political, and corporate elite. One consequence is not merely a criminogenic political and economic system, but a state of barbarism that reflects a death-dealing psychosis among political leaders such as Trump and Bolsonaro.

This is not merely a matter of the truth or morality being abandoned in the interest of producing a fascist politics, it represents the emergence of a politics that mimics the transition from the mentality of greed and the concentration of power in few hands-celebrated in the film Wall Street -- to a dangerous state of mind in which violence and death become the organizing and governing principles of a society.

Instead of Wall Street we get the insanity portrayed in American Psycho. Patrick Bateman has become the model for contemporary leadership under the rubric of casino capitalism. Trump with Bateman as his alter ego golfs, retweets posts filled with sexist comments about Nancy Pelosi and Hillary Clinton, discredited conspiracy theories from right-wing sycophantic media sources, and racist comments about Stacey Abrams's appearance, all the while he is silent as the Covid-19 American death total reaches a staggering 100,000.

Noam Chomsky is right in calling him a "sociopathic megalomaniac" whose only allegiance is to himself, "great wealth and corporate power." As the New York Times points out, more Americans have died in the last three months than "died in the Vietnam and Korean Wars combined and nearly twice as many as died of battle wounds in WWII." Trump responds by blaming China for the outbreak, and sending out endless tweets attacking Obama.

Moreover, Trump has blood on his hands. This is evident not only his well-documented late response to the pandemic but also because of his failure to impose one week earlier a lock-down and social distancing, which a Columbia University Study, suggests would have saved 36,000 lives.[1] Trump dismissed the criticism by calling Columba a "liberal, disgraceful institution." In addition, one wonders how many lives could have been saved if Trump had quickly put in place a federal plan to deal with the virus instead of prioritizing the needs of the economy over human life.

Trump has cultivated a taste for savagery and defines the world in the image of his own self-interest and war. He has revived the architecture of fascism by mainstreaming its mobilizing passions. He calls people animals, his rallies have all the earmarks of the Nuremberg spectacles; he refers to the press as fake news, not unlike the appropriation of Hitler and the Nazi's use of Lugenpresse (the lying press), as a way to discredit the oppositional media and journalists who hold him accountable; he rounds up the children of undocumented brown people and puts them in cages; he makes racial cleansing a governing principle of his administration; he normalizes lying, making it the basic rhetorical experience of our time; he amplifies the militarized discourse of fear and numbs the culture with his pervasive anti-intellectualism and control of the right-wing media as unadulterated propaganda machines.

He hires white supremacists and acts like the grifter in chief in the White House. All of this points to alarming echoes of the past and the need to learn from history rather than deny it. The elements pointing to the rise of fascism in the United States are on full display, and without apology. Maybe it is time to take seriously Theodor Adorno's warning: "I consider the survival of National Socialism within democracy to be potentially more menacing that the survival of fascist tendencies against democracy."[2]

Related Topic(s): Fascism; Megalomaniac; Politics Of Hate; Trump; Trump Bully In Chief, Add Tags
Add to My Group(s)
Go To Commenting
The views expressed herein are the sole responsibility of the author and do not necessarily reflect those of this website or its editors.