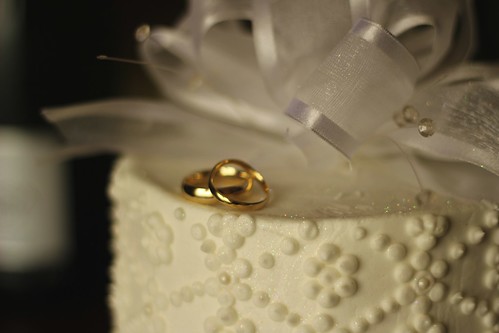 Within the next few weeks, the US Supreme Court will likely announce its decision in Masterpiece Cakeshop v Colorado Civil Rights Commission, the case in which a baker refused to create a cake to commemorate the wedding of a same sex couple.

The baker was, in the words of his attorney, "happy to sell anything in his store"--including an off-the-rack wedding cake--to the couple, who rejected that. Instead, they demanded the baker create a new cake meeting their desires, which he refused to do. The couple then filed suit seeking, in effect, that the State compel the baker to use whatever creative skills and abilities he may possess to create a cake to honor their wedding. The creation of such a cake involves discussions between and decisions by customer and baker regarding the size, shape and color of the cake, and the use of words, images and figurines, as well as the artistic expression of the above. The baker's choice of "Masterpiece" for the name of his business suggests something about how he views his trade.

The baker argued to the Court that he refused to create the cake for religious reasons. He should not have had to. In a free society the State should not be able to demand or direct an individual's creativity, whether or not religious beliefs are involved. The baker should be able to say "I don't want to" without further explanation. Much is made of the fact that he engaged in commerce holding himself out to the public as making wedding cakes. The entrance into commerce is of importance in providing services that do not involve creative or artistic effort. There are profoundly important Supreme Court cases requiring business owners to provide non-creative services to protected classes of people. See Katzenbach v McClung, 1964 where the Court held that owners of a small restaurant in Alabama must serve black people. See also the Heart of Atlanta Motel v US (1964) holding that, under the Civil Rights Act of 1964, a Georgia motel must accommodate black people. These were 9-0 decisions. In my view they were correctly decided and have been of great benefit in the healthy evolution of American society. The baker's willingness to sell existing cakes to the couple puts his actions in accord with the rulings in those cases. However, we now face the possibility that five (5) Supreme Court Justices are about to extend wildly the holding in those cases to allow individuals to compel a person engaged in commerce to create something for them.

For perspective, let's consider the attorneys who argued the Masterpiece case before the Court. They provide a service and are publicly engaged in commerce. Must those attorneys represent anyone who walks through the door and can pay their normal fee? For instance, should the attorneys who represented the gay couple have been compelled to represent the baker if he were the first to make an appointment with them regarding the case? Or vice versa? Instinctively most everyone understands something would be wrong about that. An attorney's capacity to think through a set of facts, develop a line of reasoning, and take a position on a matter of public interest belongs to him or her and not to a potential client or the State. Quick internet research shows that there have been 113 Supreme Court Justices in our 230 years of constitutional history. Although it is not proveable, I am confident that not one of them would hold that an attorney in private practice be compelled to use his/her abilities to advance a position against their wishes. Yet questions posed by the Justices during oral argument suggest a number of them are ready to apply a rule to the baker they would never apply to themselves.

Let's assume a gay baker was approached by a newly-formed Committee to Pass a Constitutional Amendment to Prohibit Homosexual Marriage to create a special cake to help mark the Committee's organizational meeting and first annual conference. Should that baker be legally compelled to create a cake designed to memorialize an event which, though clearly legal and constitutionally protected, he finds objectionable? Most reasonable people will answer that question, "No."

An ugly, creeping disposition for compelled conformity is now infecting our body politic. Once the nearly exclusive province of the political right, that disposition contaminates what is now called the political left. John Steinbeck, in his novel East of Eden, spoke eloquently of the essence of what makes us human, namely the creative mind, and his commitment to fight for the freedom of it:

"Our species is the only creative species, and it has only one creative instrument, the individual mind and spirit of a man. ... And this I believe: that the free, exploring mind of the individual human is the most valuable thing in the world. And this I would fight for: the freedom of the mind to take any direction it wishes, undirected. And this I must fight against: any idea, religion, or government which limits or destroys the individual. This is what I am and what I am about. I can understand why a system built on a pattern must try to destroy the free mind, for that is one thing which can by inspection destroy such a system. Surely I can understand this, and I hate it and I will fight against it to preserve the one thing that separates us from the uncreative beasts."

I share his view and his commitment. It remains to be seen if the Supreme Court will.

The Masterpiece case becomes a much closer one if, for instance, the baker were asked to create only a certain color cake, arguably a non-creative service. Courts will need to give thought to the boundary between the provision of non-creative/artistic services and creative ones. That may not always be an easy line to draw, but the Law has responded to more difficult challenges.

Edward T. Monks is an attorney who lives in Eugene Oregon where he practiced law for 30 years. Raised in New Jersey, he received his undergraduate degree in Political Science from Columbia University in New York City and his law degree from (more...)

Related Topic(s): Freedom; Lawsuits Litigation; Rights, Add Tags
Add to My Group(s)
Go To Commenting
The views expressed herein are the sole responsibility of the author and do not necessarily reflect those of this website or its editors.

Creativity Should Not Be Compelled By Law