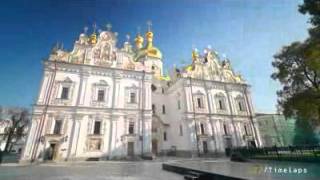 Last month a freelance journalist named Joshua Cohen published an article in The Washington Post about the Ukraine's growing neo-Nazi threat. Despite a gratuitous swipe at Russia for allegedly exaggerating the problem (which it hasn't), the piece was fairly accurate.

Entitled "Ukraine's ultra-right militias are challenging the government to a showdown," it said that fascists have gone on a rampage while the ruling clique in Kiev closes its eyes for the most part and prays that the problem somehow goes away on its own.

Thus, a group calling itself C14 (for the 14-word ultra-right motto, "We must secure the existence of our people and a future for white children") not only beat up a socialist politician and celebrated Hitler's birthday by stabbing an anti-war activist, but bragged about it on its website. Other ultra-nationalists, Cohen says, have stormed the Lvov and Kiev city councils and "assaulted or disrupted" art exhibits, anti-fascist demos, peace and gay-rights events, and a Victory Day parade commemorating the victory over Hitler in 1945.

Yet nothing has happened to stop this. President Petro Poroshenko could order a crackdown, but hasn't for reasons that should be obvious. The U.S.-backed "Euromaidan" uprising not only drove out former president Viktor Yanukovych in February 2014, who had won an OSCE-certified election, but tore the country in two, precisely because ultra-rightists like C14 were in the lead.

When resistance to the U.S.-backed coup broke out in Crimea and parts of the country's largely Russian-speaking east, the base of Yanukovych voters, civil war ensued. But because the Ukrainian army had all but collapsed, the new, coup government had no one to rely on other than the neo-fascists who had helped propel it to power.

So an alliance was hatched between pro-western oligarchs at the top -- Forbes puts Poroshenko's net worth at a cool $1 billion -- and neo-Nazi enforcers at the bottom. Fascists may not be popular. Indeed, Dmytro Yarosh, the fire-breathing leader of a white-power coalition known as Right Sector, received less than one percent of the vote when he ran for president in May 2014.

But the state is so weak and riddled with so many ultra-rightists in key positions -- Andriy Parubiy, founder of the neo-Nazi Social-National Party of Ukraine, is speaker of the parliament, while ultra-rightist Arsen Avakov is minister of the interior -- that the path before them is clear and unobstructed. As Cohen points out, the result is government passivity on one hand and a rising tide of ultra-right violence on the other. In the earlier stages of the civil war, for instance, the rightwing extremists burned more than 40 people alive in a labor union building in Odessa, a horrific incident downplayed by Western media.

Cohen's article may have Washington Post readers scratching their heads for the simple reason that the paper has long said the opposite. Since Euromaidan, the Post has toed the official Washington line that Vladimir Putin has exaggerated the role of the radical right in order to discredit the anti-Yanukovych revolt and legitimize his own alleged interference.

Sure, anti-Yanukovych forces had festooned the Kiev town hall with a white supremacist banner, a Confederate flag, and a giant image of Stepan Bandera, a Nazi collaborator whose forces killed thousands of Jews during the German occupation and as many as 100,000 Poles. And yes, they staged a 15,000-strong torchlight parade in Bandera's honor and scrawled an SS symbol on a toppled statue of Lenin. They also destroyed a memorial to Ukrainians who had fought on what Bandera supporters regard as the wrong side of World War II, that is, with the Soviets and against the Axis.

But so-called responsible, mainstream journalists are supposed to avert their eyes to avoid being tarred as a "useful idiot" whom Putin supposedly employs to advance his "anti-American agenda." Ten days after Yanukovych's departure, the Post dutifully assured its readers that Russian reports of "hooligans and fascists" had "no basis in reality."

A week or so later, it said "the new government, though peppered with right-wing politicians, is led primarily by moderate, pro-European politicians." A few weeks after that, it described Bandera as no more than "controversial" and quoted a Kiev businessman as saying: "The Russians want to call him a fascist, but I feel he was a hero for our country. Putin is using him to try to divide us."

Thus, the Post and other corporate media continued to do its duty by attacking Putin for plainly saying "the forces backing Ukraine's government in Kiev are fascists and neo-Nazis." But who was wrong?

The New York Times was no better. It assailed Russia for hurling "harsh epithets" like "neo-Nazi," and blamed the Russian leader for "scaremongering" by attributing Yanukovych's ouster to "nationalists, neo-Nazis, Russophobes, and anti-Semites." The Guardian's Luke Harding -- a leading Putin basher -- said of the far-right Svoboda Party:

Related Topic(s): Anti-semitism; Corporate Fascism; Media Bias; Media Hypocrisy; Nazis; Putin; Ukraine; Ukrainian Fascists; Xenophobia; Yanukovych, Add Tags
Add to My Group(s)
Go To Commenting
The views expressed herein are the sole responsibility of the author and do not necessarily reflect those of this website or its editors.