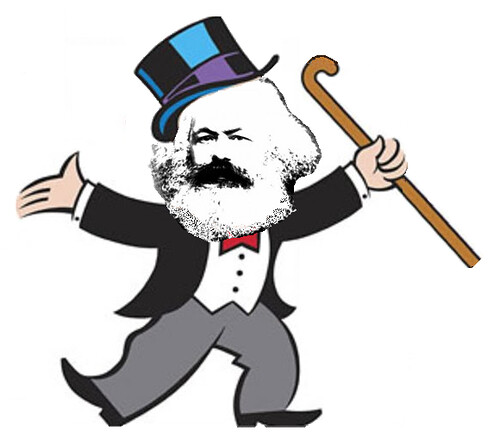 Though many interpretations are possible, most of the interesting, i.e. controversial, ones are either conservative or liberal. Broadly speaking, the conservatives dwell on the strict construction of the words of the document and/or on the intent of its writers. Since such an approach seems to them to be flouted often in this apparently post-FDR liberal age, they plangently refer to it as "the Constitution in exile." For their part, the liberals see it as a document whose inner meaning only gradually unfolds with the passage of time and needs to be adapted to the different social and economic circumstances of later ages. To them it is therefore "the Living Constitution" and requires a loose construction.

Who is right? No one knows. One can readily prove that a given bill or law conforms to a conservative or liberal reading of the Constitution, but--and this is not appreciated by many people who are confirmed conservatives or liberals--one cannot prove that a conservative or liberal reading of the document is correct. There simply is no evidence that either a strict or loose construction is definitive. (The same problem attends the matter of reading the Bible--the letter of the Law or its spirit?) The choice is a matter of temperament, taste, emotion, bias--not of evidence and logic. Some people like vanilla, others chocolate; some worship the Catholic God, others are atheist. As Voltaire pointed out, where there are sects, there can be no objective Truth. The dominance of taste rather than reason also means that the conservative complaint of "judicial activism"--about liberal judges substituting their bias for a supposedly clear and singular constitutional meaning--is not a term of art or science but a mote in the eye of the beholder.

Another conservative mantra during the recent Obama years (and, before that, accompanying the publication of some books critical of FDR) is that the New Deal did not succeed. Since Obama faced an economic meltdown not seen since the Great Depression and, in the manner of FDR, urged large-scale government intervention, one strategic way of opposing his policies was to call into question his role model: Thus conservatives, insist that we have nothing to learn from the New Deal and that FDR has been mischaracterized as a successful, or even a great, president.

The trouble here is that while the conservative dislike of government intervention is a political position based on some valid philosophical principles, conservatives have no right to rewrite history in order to get to where they want to be. When FDR took over, the unemployment rate was 25%. Four years later, it was 14%. While the latter number is still atrocious by today's standard, a drop of 11% is not trivial. Furthermore, if the New Deal had no impact, why did the mood of the nation change so dramatically? Many essays, letters, and diaries of the period testify to the widespread sense that people at long last had hope for the future, not to speak of reverence for FDR. That surely cannot be dismissed as anecdotal evidence, for the biggest proof of a change in mood is that the Democrats gained seats in 1934 (an unusual gain in the second year of the party with presidential power), and two years later FDR was reelected by the largest landslide in history up to that time. If FDR was as impotent and inconsequential as we are to believe, the voters would readily have thrown him and the Democrats out, just as they showed themselves perfectly capable of doing with Herbert Hoover.

The contention that the New Deal did not accomplish anything must also account for the fact that a set of regulations from that period, including the now famous Glass-Steagall Act, put American capitalism on an even keel, as for half a century it experienced only the limited recessions caused by the normal business cycle. Not until the advent of the age of deregulation, starting with President Carter, accelerated greatly by President Reagan, and brought to a dismal climax with the repeal of Glass-Steagall, under the auspices of Senator Phil Gramm, Treasury Secretary Larry Summers, and President Clinton, were the gates opened to the misbehavior that resulted in the Great Recession.

In the wake of the consequent and inevitable 2008 economic debacle, most teachable persons conceded that voluntary self-regulation does not work and that markets do not correct themselves. Even such free-marketeers as Fed Chairman Alan Greenspan and ex-SEC Chair Christopher Cox shamefacedly admitted this reality explicitly, in full public view. The current argument between left and right is therefore not over regulation but over how much of FDR's structure to restore. Even diehard conservative and libertarian opponents of re-regulation, by arguing that, before 2008 all the necessary laws were already on the books and that the fault lay rather with the regulators who were asleep at the switch, are thereby conceding that active regulation is in fact necessary. What they do not understand is that a little prodding by a new law or two may be necessary to prevent a recurrence of that inconvenient slumber. After all, one might ask them to name one team sport that can function without clear rules and alert referees. So FDR's regulatory regimen, like his economic policies, has been vindicated, and we no longer need to hear solemn lectures on how the New Deal did not work.

For 51 years Professor of English at Yeshiva University. Author of 13 books and over a hundred essays.
Related Topic(s): Conservative Talking Points; Deficit; Deregulation-Regulation; Deregulation-Regulation; Economic; Economy; FDR; Government; Intervention; Unconstitutional, Add Tags
Add to My Group(s)
Go To Commenting
The views expressed herein are the sole responsibility of the author and do not necessarily reflect those of this website or its editors.