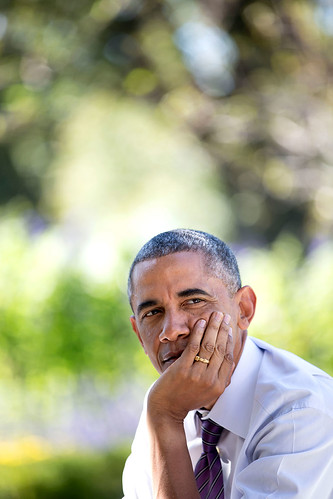 Barack Obama left behind hints of a progressive legacy. Unfortunately, despite his faith in our system and his positive track record on many issues over the last eight years, there have been very few permanent accomplishments.

This vulnerable legacy should remind us that what we really need is a strong and unapologetic progressive to lead us. What we need as well is a relentless grassroots movement to hold that leadership accountable.

On the night of 4 November 2008, Barack Obama was elected on a platform of "hope" and "change." He was hailed as a "uniter" in an age of "dividers." I experienced a political awakening that night. I watched as the hope that President Obama represented was tempered by the shocking passage of Proposition 8 by a majority of voters in California. This reversed a major marriage equality court victory from earlier that year.

Throughout his two terms in office, these types of contradictions would persist. Optimism and hope would be met with backlash and hate. He faced unparalleled resistance from his opponents, many of whom wanted him to fail.

I remember during his first inauguration, on an icy January morning in 2009. I sat on the floor of a military headquarters office in Fort Drum, New York. With a dusty overhead television showing the ceremony, I sat, working in support of a half dozen military officers. We had our weapons ready, and our rucksacks heavily packed. Selected as the active duty army unit to deploy to Washington DC in case of an emergency, we were prepared for rapid deployment.

Ironically, many of the officers and enlisted personnel that were selected for this security detail openly despised President Obama. The seething vitriol and hatred simmered quietly in that room. In retrospect, it was an ominous foreshadowing of things to come.

On domestic issues, his instinct, as former First Lady Michelle Obama explained at the Democratic national convention this past summer, was to "go high" when his opponents would "go low." Unfortunately, no matter how "high" the former president aimed to be, his opponents aimed to undermine him anyway. There was absolutely no "low" that was too low to go.

Even when they agreed with him on policy, they resisted. For example, when it came to healthcare reform, Obama opened the debate starting with a compromise. His opponents balked. They refused to move an inch. When he would push for the concessions they asked for, they only dug in deeper in opposition. Even when he tried proposing a bill that had been proposed by opponents years earlier.

In December 2009, I sat in a hot and stuffy plywood room outside Baghdad, Iraq, as President Obama made speeches. He argued that military action was necessary. An unusual statement to present while receiving the world's most prestigious peace prize. Yet, the people around me still spoke about him quietly, with a strong criticism, and even sometimes, pure disgust. When it came to foreign policy, even though he was only carrying out the expanding national security policies of the previous administration, they would ceaselessly criticize him for being too weak, or too soft or too sympathetic. After months of comprise on his end, they never cooperated a single time.

In November 2012, when President Obama was re-elected, I sat in a civilian jail cell in suburban Baltimore, awaiting a court martial hearing. Surrounded by a different crowd of people, the excitement and elation of his re-election was genuine. Even among those being penalized merely for being disadvantaged or a minority. Even in those unbearably unfair circumstances, there was genuine hope, faith and trust in the president.

Private Chelsea (Bradley) Manning is the heroic whistleblower whose actions, releasing secret government documents, through Wikileaks, contributed to setting off the Arab Spring and discussions about military policy, diplomatic policy and (more...)

Related Topic(s): Compromise; Obama; Political Hypocrisy; Political Values, Add Tags
Add to My Group(s)
Go To Commenting
The views expressed herein are the sole responsibility of the author and do not necessarily reflect those of this website or its editors.

We're citizens, not subjects. We have the right to criticize government without fear

Chelsea Manning: The Dystopia We Signed Up For

Yes, I'll get gender surgery. But I may still be punished for my suicide attempt

Solitary confinement is "no touch" torture, and it must be abolished