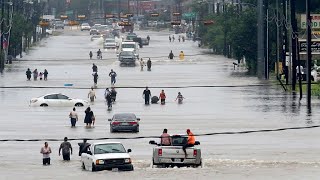 "I don't believe it" is not, by definition, a rational argument supported by evidence. It's a statement of faith, not susceptible of proof or rebuttal, and as such is useless to effective governance. "I don't believe it" is the empty opposite of the Fourth National Climate Assessment that is part of a continuing, multi-disciplinary, real-world examination of climate change that began in 1990 (more on this under-publicized report later).

Produced by the 13 government agencies that comprise the U.S. Global Change Research Program, the Assessment is the latest report in a 30-year climate watch that has seen steady, unchanging trends toward catastrophic global impact. Climate change is a dynamic process, driven by human activity that humans have done little to mitigate for a generation. Climate change is happening, it is irreversible, but there is still time to mitigate its worst effects, to save lives, to preserve habitat, to adjust economies, to sustain a somewhat civilized world.

"I don't believe it" has a corollary in White House practice: "I don't want you to believe it." The White House considered suppressing the report, but that would require overt law-breaking, since the National Climate Assessment is mandated by Congress. The White House reportedly considered editing or censoring the report, but feared that would make things worse (as it had when a Bush administration oil executive falsified an earlier climate report). So the White House went with a traditional subterfuge, releasing the Assessment when it would be least likely to get significant news coverage -- at 2 p.m. on a Friday, not only a traditional black hole for bad news but super-shopper Black Friday after Thanksgiving as well. For a report that signaled the inevitably of an uninhabitable planet within decades, unless the U.S. and others make major changes of public policy, the story has received rather muted attention.

As one Trump adviser summed up the dishonest White House approach, adding a touch of conspiratorial paranoia:

"We don't care. In our view, this is made-up hysteria anyway... Trying to stop the deep state from doing this in the first place, or trying to alter the document, and then creating a whole new narrative -- it's better to just have it come out and get it over with. But do it on a day when nobody cares, and hope it gets swept away by the next day's news."

To reinforce distraction from news that affects every American for generations, the White House also chose to lie about it. The White House issued a statement on November 23rd that falsely claimed that "the report is largely based on the most extreme scenario." The report included a range of scenarios. White House spokesperson Sarah Huckabee Sanders repeated this lie on November 27th, falsely claiming the official U.S. government position on climate was "not based on facts." Sanders also lied when she claimed that the National Climate Assessment process was not transparent. Sanders also made false environmental claims that are irrelevant to and a distraction from climate questions.

In a sense, it's not news when Donald Trump and his followers double down on climate denial. These are veteran birthers, after all. But the scale of climate change is vast and daunting. The stakes in dealing with climate change are intimidatingly high: millions of lives, billions of acres, trillions of dollars. It's enough to give the most careful, rational leader pause.

"I don't believe it" is not an answer. It's not a policy. It's cowardice or worse.

At this point, the world is past the point of preventing climate change from doing serious damage. That damage is already happening. Bigger and more powerful storms, coastal and inland flooding, larger and more intense forest fires, water scarcity, lethal heat waves and more, all exacerbated by climate change, take more lives and property every year. The problem is global; political dithering is pandemic, reinforced by political corruption. We've known -- or should have known -- for at least 30 years that we have a problem we need to face. Exxon and other oil companies have known for 50 years or more that their profitability came at the cost of putting the planet at risk. Coal companies have always known that coal was unhealthy for people, if not the globe.

"I don't believe it" is an abdication of leadership. "I don't know" is what you say, whether you believe it or not, when your goal is to put a prohibitive tariff on solar panels, to slow the rush away from fossil fuels.

We didn't have to get to this place, where our choices are all stark. In 1989, President George H.W. Bush initiated the U.S. Global Change Research Program. In 1990, Congress passed the Global Change Research Act, designed to develop and coordinate "a comprehensive and integrated United States research program which will assist the Nation and the world to understand, assess, predict, and respond to human-induced and natural processes of global change." From that rational beginning of intellectual integrity, we have drifted through one feckless presidency and Congress after another, squandering 30 years of opportunity to save ourselves from ourselves.

"I don't believe it" seems to have become the national motto, sometimes expressed as "In God We Trust," long since replacing e pluribus unum or any other aspirational goal. The reigning cultural stupidity of the United States, its suicidal cultural stupidity, was neatly encapsulated by Utah Republican senator Mike Lee on November 25th, when he expressed the widely shared mindlessness that passes for conventional wisdom on addressing climate change:

Vermonter living in Woodstock: elected to five terms (served 20 years) as side judge (sitting in Superior, Family, and Small Claims Courts); public radio producer, "The Panther Program" -- nationally distributed, three albums (at CD Baby), some (more...)
Related Topic(s): Climate Crisis; Climate Report; Scientists; Stupidity; Trump Against Climate Change; Trump Cruelty; Trump Dangerous, Add Tags
Add to My Group(s)
Go To Commenting
The views expressed herein are the sole responsibility of the author and do not necessarily reflect those of this website or its editors.