I can't find any editorials in US corporate media in support of Manning, or of journalists' right to inform the public, or of the public's right to know 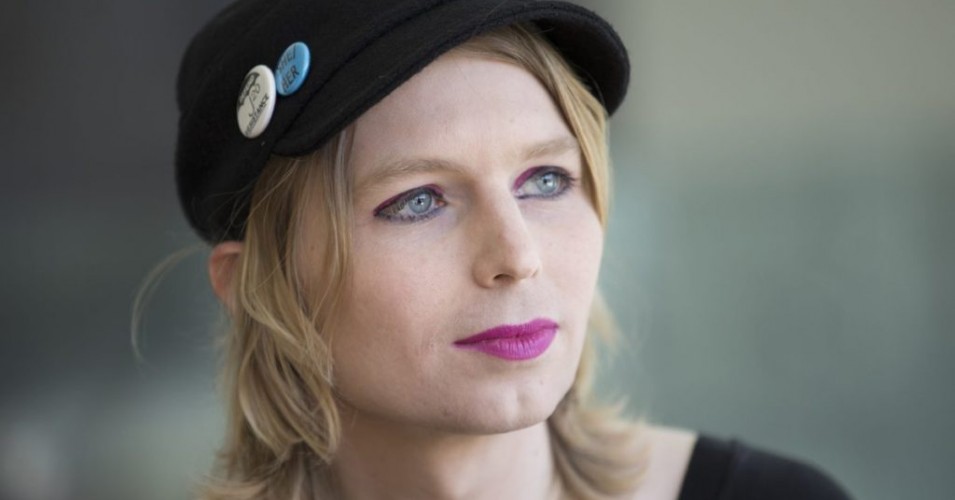 A judge ordered her incarcerated until she agrees to testify or until the jury is done, which might be 18 months.
(Image by (Photo: Screenshot))   Details   DMCA

Chelsea Manning was a US Army soldier who released to WikiLeaks Iraq and Afghan war logs, with information on torture and civilian killings, including an airstrike that killed two Reuters correspondents; and diplomatic cables revealing, among other things, a secret deal between the US and Yemen in which the US would bomb the country, and the Yemeni government would claim the attacks. For Manning, these were acts that shocked the conscience, and that US citizens, in whose names they were claimed, should know about. She hoped the release to the media and the public via WikiLeaks would spark "worldwide discussion, debates and reforms." 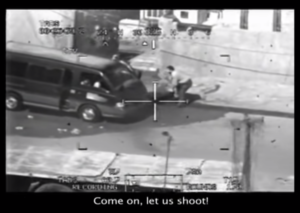 The military sought a court martial and a life sentence, claiming her disclosure "aided the enemy"; she was eventually sentenced by a military judge to 35 years, but her sentence was commuted by Barack Obama after she had served seven years -- still the longest time anyone has served for disclosing classified information to the media. It's generally understood that Obama recognized that it wasn't possible to charge WikiLeaks editor-in-chief Julian Assange, via Manning, without exposing journalists at the New York Times -- or the Washington Post to prosecution for sharing the same information -- not to mention collecting prizes for it.

Manning has recently been subpoenaed by a grand jury, widely understood to be attempting a case against Assange, though as a grand jury it's all very secretive, and asked to testify again about her 2010 public disclosures. She refused, citing the very secretiveness of the process, and noting that she had already testified fully about the reasons for her disclosures, that they were her choices alone, and not solicited by Assange or anyone else. A judge then ordered her incarcerated until she agrees to testify or until the jury is done, which might be 18 months.

But Manning isn't just in prison, she's in solitary confinement -- it's supposedly not punitive because she won't help the government make its case; no, it's "administrative segregation," generally understood to be for prisoners who might be in danger in the general prison population. US media talk about solitary confinement as though it were like a "time out" for the "worst of the worst"; it's defined by a UN special rapporteur and others as torture. The isolation of being confined to a cell for 22 hours a day, without access to other people or reading materials, is known to have harmful psychological impacts. Chelsea Resists! Manning's support committee, adds:

"It bears repeating that while solitary confinement should not be used for anyone, it is especially immoral to place Chelsea in solitary when she has not been accused of, charged with, nor convicted of any new crime."

"It's a travesty that she has been sent back to jail for refusing to testify to a grand jury. An investigation into Wikileaks for publishing is a grave threat to all journalists' rights, and Chelsea is doing us all a service in fighting it."

So where is the press corps? A New York Times piece (3/8/19) by Charlie Savage noted that the effort to convict Julian Assange -- which is clearly what this is about -- would raise "novel and profound First Amendment issues." And outlets from the Times to CNN -- to Time magazine -- wrote single stories noting her re-incarceration.

But where are the editorials? Where is the outrage, or even recognition, that someone whose goal was to reveal actions -- illegal and unconscionable -- being carried out in the US people's name, and whose revelations led in fact to debate and interrogation of those actions, is once again taking the fall for reporters happy to report those revelations and claim awards for doing so? I can't find any editorials in US corporate media in support of Manning, or of journalists' right to inform the public, or of the public's right to know.

As with Ellsberg and the Pentagon Papers, decades from now, mainstream media will likely speak matter-of-factly about Manning's contributions as whistleblower. But what matters is what they're not doing now. Democracy dies in darkness, indeed.

Janine Jackson is the program director of FAIR, and the co-host and co-producer of FAIR's syndicated radio show CounterSpin—a weekly program of media criticism airing on more than 150 stations around the country. Wikipedia

Related Topic(s): Chelsea Manning; Defending Julian Assange; Right Wing Hate; Rights Denied; Whistleblower; Wikileaks, Add Tags
Add to My Group(s)
Go To Commenting
The views expressed herein are the sole responsibility of the author and do not necessarily reflect those of this website or its editors.

'Many More People Would Die if Republicans Are Successful'