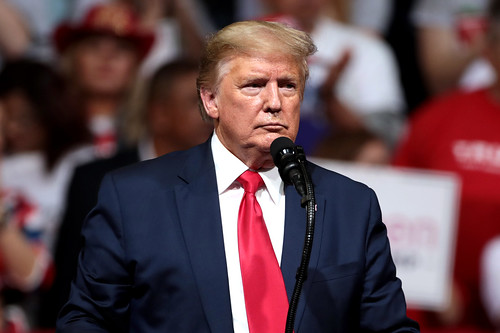 The next 93 days may very well be the most important in our country's history. Donald Trump must be defeated.

I am confident that you understand, as well as I do, how un-American and disastrous Trump and his administration have been. But I want to give you 10 reasons (and there are many more) as to why, together, we have got to do everything we can to create the largest voter turnout in history and send Trump packing.

1. Donald Trump is, at his core, an authoritarian leader who does not believe in democracy.

In a democracy we can and will have strong differences of opinion on issues. As you well know, there are ideological disputes within the Democratic Party, and there are certainly very major differences between Democrats and Republicans, progressives, moderates and conservatives. But, up until the Trump administration, no president has ever undermined the very tenets of American democracy and tried to move us into an authoritarian society.

2. Donald Trump does not understand or respect the Constitution of the United States.

Donald Trump, emulating demagogues throughout history, believes that he is above the law and need not follow the dictates of the Constitution. He was impeached because he has shown absolute contempt for Congress and the separation of powers. He has waged an unprecedented war against the concept of a free press and "fake news," and has repeatedly referred to the media as "an enemy of the people." He has violated the right of Americans to peacefully protest and is "normalizing" the use of federal agents to patrol and make arrests of American citizens in communities throughout the country.

3. Donald Trump is a pathological liar.

We cannot have anything resembling a stable government when we have a president who lies all of the time and when nothing he says can be trusted. According to a recent report, he has made more than 20,000 false or misleading statements since he has been president.

4. Donald Trump does not believe in science.

From the first days of the COVID-19 pandemic, Trump has rejected the advice of the Centers for Disease Control and Prevention and our leading scientists, which has led to the unnecessary deaths of tens of thousands of Americans and the highest per capita death rate of any major country.

Related Topic(s): Climate; Democracy; Election; Immigrants; Lgbtq; Lies; Muslim; Racism; Science; Trump; (more...) Women, Add Tags  (less...)
Add to My Group(s)
Go To Commenting
The views expressed herein are the sole responsibility of the author and do not necessarily reflect those of this website or its editors.