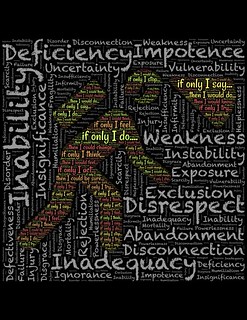 Too much top-down management makes us feel powerless--but we are not. Shifting to a bottom-up community of organic thinkers will reveal our power. A power that can change our world for the better.
(Image by built4love.hain)   Details   DMCA

How do we define democracy? In the United States Constitution, a democracy is that composed of us all, "We the people." The Constitution as written was and continues to be a farce. Its writers had a great ideal going, but didn't walk their talk.

Thus "Bottom-Up" governance is for me. In many ways, I see we have made a farce of our Constitution and Declaration of Independence. It speaks to Bottom-Up power structure, but it's a joke. The "We the People" should today become "We the Corporation." In the initial days of the country, it should have been "white men of wealth" and not "we the people." For example, when was it that women won the right to vote (1920's I believe)? What of the blacks? What is AGAIN occurring against the blacks by police departments throughout the nation?

Now, what do we see? Browse the Internet and you will find news of police killing Black people for little to no reason at all? And, it appears people are returning to the good-ole-days of the Wild West in carrying guns while saying "its my right."

No, it is not anybody's right to take another's life.

"Its protection," they may say in defense.

My response is: "I grew up and worked in the city of Baltimore. The murder rate at the time was the highest in the world. In my work as a retail manager for Rite Aide in the late 70's, I worked in some of the worse areas of the city. I never carried a gun. Yes, I learned (from a black friend) how to walk and talk as I walked Baltimore streets. And I honored and followed that friend's advice.

"Always know what's around you," he warned. "Keep that "f'n" white face up, boy, otherwise you're gonna get laid out, you got that! You hear me!?"

One day I was walking towards my car after closing the store. I was in some distress because I was going to need to fire a cashier for stealing money. So, I wasn't very aware.

At that point, my friend's voice rang out in my head and I looked up to find a man coming towards me. I could see in him that his intent was to create harm, be that stealing from me, or whatever. I looked the guy square in the eyes.

He then called me a "white m'f'r" and walked off.

The point is, I didn't need a gun. I fired a gun once and hated it. And I walked several years the Baltimore streets and, yes, was cautious. I was aware of how I was walking (e.g., with confidence and aware or with head down). I never felt a need for a gun. And, I hated the damn things. Now mind you, Baltimore at that time was the number 1 murder capital in the world. (Maybe the US, but I believe it was the world). Indeed, the show "Homicide" was based on Baltimore. It aired in the 90's. https://en.wikipedia.org/wiki/Homicide:_Life_on_the_Street. Having worked in inner city Baltimore, I identified with the show.

So, when the show "Homicide" aired, I gave a "thumbs up" to its quest to give some idea of Baltimore to folks. Yet, I also knew that some of the portrayals were not quite Baltimore (in my memories of Baltimore and speaking of it, I am so much wanting to write the lingo of the city, which may be offensive to readers. I used to tease that if one went into a Baltimore Church that the congregation did not just shout "Praise the Lord" but "Praise the 'f'n' Lord!).

Has anything changed? No. Consider the following from The Baltimore Sun:

Baltimore had the fifth-highest murder rate in the country last year among cities with 100,000 or more people and saw an increase in property crime, statistics released by the FBI on Monday show. The city also had the nation's seventh-highest violent crime rate.

Burl Hall is a retired counselor who is living in a Senior Citizen Housing apartment. Burl has one book to his credit, titled "Sophia's Web: A Passionate Call to Heal our Wounded Nature." For more information, search the book on Amazon. (more...)
Related Topic(s): Bottom-up; Bottom-up; Bottom-up; Community; Consensus Building; Corporations; People; People; Power; Work, Add Tags
Add to My Group(s)
Go To Commenting
The views expressed herein are the sole responsibility of the author and do not necessarily reflect those of this website or its editors.