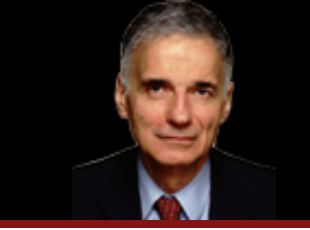 The Biden Transition team is about to connect with the Trumpsters running federal departments and agencies into the ground. The Biden staff should prepare for serial shocks. Biden's people will be observing the first glimpses of staggering wreckage and corruption. They need to tell the American people what they find.

The Trump regime gave itself lawless license to do whatever it wanted. Trump operatives dismantled or disabled humane program after humane program, health and safety regulations, and economic protections designed to protect working people, children, the elderly, and people living in poverty.

After all, the Trumpsters got the green light from their boss Donald, who when not playing golf, tweeting tantrums, and watching Fox News, believed that "I have an Article II, where I have the right to do whatever I want as president."

When the Bidenites take over on January 21, they will find hollowed-out government law enforcement and shelved research projects. They'll see offices empty after government scientists and other civil servants were forced out. Other public servants will be sitting in what the Japanese call "window jobs," ordered to stop working on vital matters ranging from limiting climate disruption to stopping Wall Street rip-offs. The Trump administration turned important government jobs into do-nothing positions.

Heavily censored federal CDC workers, benumbed from prohibitions on what they can say, and who were ordered not to speak the words "climate change" will receive their rescuers with deep relief. EPA workers who were ordered to repeal or weaken over 100 environmental safeguards - unleashing deadly toxins into people's air and water - will feel the breaking of the restraints imposed on sound science.

Specialists who were told to weaken or eliminate about 50 occupational health and safety standards and literally shut down enforcement at OSHA will also start to see the early dawn.

Biden's team will discover destruction or theft of public records, spectacles of looting and plunder of public trust and public property.

They will hear stories of corporate lobbyists coming in and out of the agencies as if they owned the government because they did. Trump turned over the federal government to Big Business, as has never before happened, brazenly, openly, and endlessly. His nominee to run the Consumer Financial Protection Bureau (CFPB) into nothingness, marauding Mick Mulvaney, openly said the agency's mission was to protect Wall Street Big Banks and unscrupulous payday lenders!! Mulvaney abandoned tens of millions of defrauded Americans. Sen. Sherrod Brown (D-Ohio) said Mulvaney proved "he would rather cozy up with payday lenders and industry insiders than listen to consumer advocates who want to make sure hard-working Americans are not cheated by financial scams." Sen. Elizabeth Warren (D-Mass.) said Mick Mulvaney had "no intention of putting consumers above financial firms that cheat them."

Much of the Trump Administration corruption started at the despoiled White House, which Trump turned into a family business incubator to enhance his Brand. Trump's crime spree was aided and abetted by his "personal lawyer," Attorney General, William Barr who twisted government lawyers into ignoring or overturning the rule of law under orders from the political bosses.

Shoveling out corrupt, crony contracts, grants, subsidies, giveaways, and bailouts in a frenzy of taxpayer torture will occupy many officials in the new Administration as they attempt to unravel, expose, and if possible, claw back ill-gotten gains.

Unlike the entering Obama Administration back in 2009, the Biden Administration must come in with a determined mindset as they begin restoring the rule of law and reversing Trump's cruel and crazy policies. Biden's team will also need to start restoring past services and initiating new services for the citizenry.

They must not let the Trumpster outlaws escape and become immune fugitives from justice. If Trump's wrecking crew escapes the arm of the law, for sure they and their base will return with a vengeance in two and four years.

For Joe Biden, healing America is not incompatible with bringing these self-dealing, law-breaking, constitution-violating, anti-American crooks to justice. In truth, both tasks are complementary with the basic belief that "nobody is above the law," which escapee Trump has long treated as a laughable cliche'.

The way to start this redeeming process is to draw a clear line between what Biden's appointees find and what they intend to change. They must give cogent reports to the people about Trump's crumbled and wasted agencies so that Trump's record of destruction and pillage will not be forgotten because of short public memories. Otherwise, Trump's mass media will let him leave the public with the truth-denying Orwellian impression that he left the Democrats "a great" federal legacy.

(See our new book, Wrecking America: How Trump's Lawbreaking and Lies Betray All)

Ralph Nader is a consumer advocate, lawyer, and author. His most recent book - and first novel - is, Only The Super-Rich Can Save Us. His most recent work of non-fiction is The Seventeen Traditions.
Related Topic(s): Corruption; Trump Corruption Damage, Add Tags
Add to My Group(s)
Go To Commenting
The views expressed herein are the sole responsibility of the author and do not necessarily reflect those of this website or its editors.