(Image by Unknown Owner)   Details   DMCA
The ForeclosureGate scandal poses a threat to Wall Street, the big banks, and the political establishment.  If the public ever gets a complete picture of the personal, financial, and legal assault on citizens at their most vulnerable, the outrage will be endless.  (Image)

Foreclosure practices lift the veil on a broader set of interlocking efforts to exploit those hardest hit by the endless economic hard times, citizens who become financially desperate due medical conditions.  A 2007 study found that medical expenses or income losses related to medical crises among bankruptcy filers or family members triggered 62% of bankruptcies.  There is no underground conspiracy.  The facts are in plain sight.

ForeclosureGate represents the sum total illegal and unethical lending and collections activities during the real estate bubble.  It continues today.  Law professor and law school dean Christopher L. Peterson describes the contractual language for the sixty million contracts between borrowers and lenders as fictional since the boilerplate language names a universal surrogate as creditor (Mortgage Electronic Registration System), not the actual creditor.  Other aspects of ForeclosureGate harmed homeowners but the contractual problems that the lenders created on their own pose the greatest threats.

When the Massachusetts Supreme Court upheld a lower court ruling that the actual creditor must named in the mortgage agreement (a legal requirement that the banks forgot to meet in their contracts), there was consternation on Wall Street.  What would happen if a class action lawsuit challenged these flawed mortgages?  Isn't the Massachusetts decision the latest of many attacking the legal basis of the shoddy business practices and boilerplate industry contracts?  What if homeowners started walking away from their underwater mortgages based on the legally flawed contracts? If there were a viable prospect of a class action suit against financial institutions threatening to invalidate these contracts, wouldn't that crash the stock values of the big banks and some Wall Street firms?

The big banks and their partners on Wall Street need a preemptive strike to derail the legal process that threatens their existence.  They may get a temporary reprieve through pending consent decrees from the United States Department of Justice and consortia of state attorney's general.   If that protection fails, big money will make every effort to buy a bill from Congress that absolves them retroactively, en masse.  The consent decree might cost them a few billion dollars.  That's much better than owing the trillions in lost home values due to their contrived real estate bubble and stork market crash.

As bad as this is, it gets worse.

The surface scandal is about fraudulent business practices and a systematic assault on homeowners by lenders, servicers, and the legal system. A much broader picture must be viewed in order to understand the utter contempt that the ruling elite has toward citizens and the depraved tactics used to express that contempt, all to serve endless desire to accumulate more money and power.

The set up began when we heard about the ownership society in the 2004 presidential election.  President Bush defined ownership as taking the government out of our lives so more people could own homes and control their destinies.  The foundation was home ownership.  As Bush said on the campaign trail, "We're creating a home -- an ownership society in this country, where more Americans than ever will be able to open up their door where they live and say, welcome to my house, welcome to my piece of property" October 2, 2004. 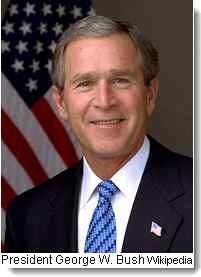 Then Federal Reserve Chairman Alan Greenspan was uncharacteristically coherent when he laid the foundation for the swindle earlier that year.  Greenspan told the Credit Union National Association that the fixed rate mortgage was "an expensive way of financing a home." He was clear when he advised lenders that, "consumers might benefit if lenders provided greater mortgage product alternatives to the traditional fixed-rate mortgage."  February 2, 2004.  Home equity through exotic mortgage products fueled consumption and became the new "margin account."

The Chairman of the Federal Reserve and the president ratified the real estate bubble, already underway at the time, as political and financial doctrine.  The advice was clear.  Get an ARM, own your piece of the American Dream and spend that equity.  Housing prices never go down, right?

Freddie Mack, Fannie Mae, Wall Street and the big banks provided the back room.  Mortgage Backed Securities (MBS) derivatives were vastly expanded. This made it easy for more homebuyers to qualify for mortgages they might not otherwise get, credit standards dropped.  Those with good credit saw an array of tantalizing zero interest loans and other mortgage products to maximize available cash and feed the stock market.

It was all good until it wasn't.

The real scandal is the unfathomable loss of wealth and opportunities by the vast majority of citizens and the vicious attack on the most vulnerable citizens as a part that process.  The attack continues and is worthy of review.

Related Topic(s): Banks; Citizens; Congress; Consent Decree; Dept Of Justice DoJ; Foreclosuregate; Money Party; Real Estate Mortgages; Reform; Scandal, Add Tags
Add to My Group(s)
Go To Commenting
The views expressed herein are the sole responsibility of the author and do not necessarily reflect those of this website or its editors.

STAY IN THE KNOW
If you've enjoyed this, sign up for our daily or weekly newsletter to get lots of great progressive content.
Series: "The Money Party"