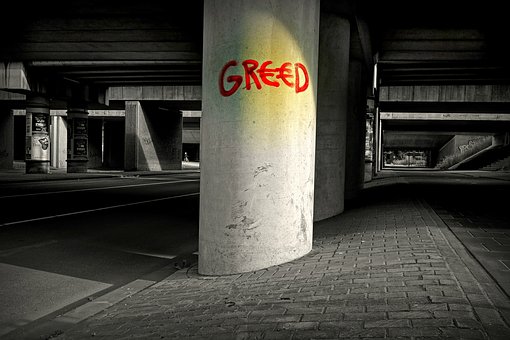 Years ago, when I was in radio school Mr. Marconi was about to give a lecture on Mr. Tesla or was it the other way around? Anyway, I had just pulled out a fresh clay tablet and started to take notes. The lecture was about the basics of journalism. Who, What, When, Where and most importantly why! Mr. Occam was there with his razor, "The most obvious solution is probably correct." And there was a Roman gentleman with his maxim asking, "Who gains from this?" There - I have condensed the basics of journalism to a single paragraph.

I was on a political Facebook page as I normally am when I saw this article. BERNIE SANDERS GOON SQUAD HARASSES PARKLAND FATHER. Needless to say, it got my attention. GOON SQUAD that's Republican speak for any group of two or more Democrats. It's like bureaucrat, Harry Truman said, "A bureaucrat is a Democrat in a job a Republican wants." These wild stories are rampant, last week it was Mike Bloomberg was going to pick Hillary Clinton as his running mate. So, I investigated the article and I won't name it because like a third grader with a crayon they're only seeking attention. Besides any attention garnered would only make them the most popular inmate in the asylum.

Who was in this Goon Squad"it didn't say. How many were in this goon squad"it didn't say. What were their names? Who was their ringleader? Were they menacing with knives and machine guns? Had police been contacted? Yeah, you got it. The article didn't say. It said they were trolling this Parkland father who was an advocate for gun control. Hmmm, the Sanders campaign would troll him rather than invite him up on stage? Is the Sanders campaign suddenly against gun control? See what I mean? It doesn't make any sense.

In politics there are some strict rules for running a campaign. To the front runner"make no mistakes. To those in the back of the pack"make a lot of noise. Is Bernie Sanders in the front of the pack or in the back? It doesn't make any sense. It smells, in fact it reeks, a candidate calling for a return to decency trolling a person he agrees with. I called Bull sh*t and told them I didn't believe a word of it. I was set upon by a pack of children insisting the fat man in the red suit was really Santa Claus! One offered, "MSNBC covered the story." I answered, does that make it true? MSNBC regularly plays clips from Donald Trump"are they true?

Related Topic(s): Asylum; Children; Decency; Democrats; Journalism; Politics; Radio; Republican, Add Tags
Add to My Group(s)
Go To Commenting
The views expressed herein are the sole responsibility of the author and do not necessarily reflect those of this website or its editors.