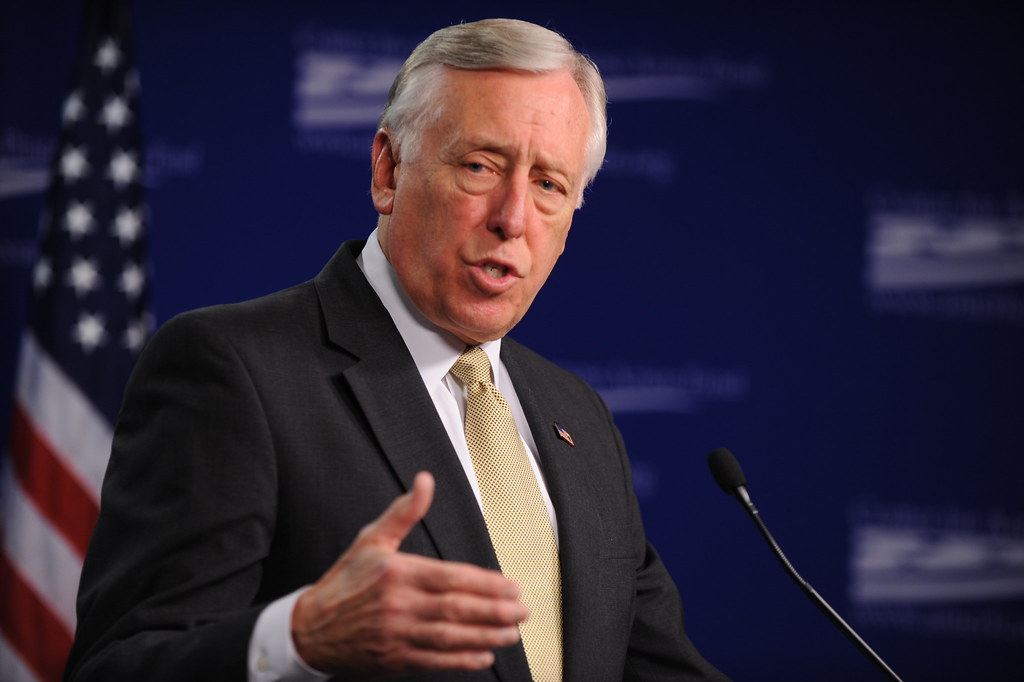 In recent days Trump and the Republican Party have done their utmost to cast the Democrats as anti-Israel. In his speech to an Israel lobby group on Saturday night, Trump said Democrats were harboring the Boycott, Divestment and Sanctions campaign (BDS). And last week when the Democratic majority in the House passed a resolution affirming the two-state solution and expressing mild criticism of the settlement project, Republicans lambasted Democrats as anti-Israel.

The Democrats are clearly worried about the charge. The party's base is beginning to fracture on the Israel question. Polls show younger Democrats are highly supportive of the idea of conditioning aid to Israel; and three Democratic presidential candidates have said they are open to doing so. The House resolution specifically ruled out conditioning aid, saying the $3.8 billion we send Israel is "ironclad" at a "critical" moment in history, in Rep. Ted Deutch's words.

Rep. Josh Gottheimer of New Jersey said only a "splinter" group wants to condition aid. "This vote officially puts to rest the splinter view of adding new conditions on aid to Israel and reinforces our historic commitment to restoring a two state solution."

So Buttigieg, Sanders and Warren are a splinter? In a sign of that fracture, four first-term Democrats voted against the two-state resolution because its references to Israel's illegal occupation had been stripped. And Rep. Betty McCollum, who wants to condition aid to Israel, voted present.

The Democratic leadership is clearly worried that the Republicans are going to use the British playbook: the Dems will be accused of harboring anti-Semitism because their base is pushing for Palestinian human rights.

What leaped out to me from the House debate was how much Democrats were bending over backwards to affirm their love of Israel as a "Jewish and democratic" state. Indeed, they were endorsing "the Zionist dream," as one liberal Zionist lobby group wrote in celebrating the vote.

Some of these Democratic Party statements were shocking in their contempt for Palestinian rights and liberal values of minority rights. Here are some of those comments:

Leading the debate for the Democrats, purposely, was Rep. Eliot Engel, the fire-breathing Israel supporter from the Bronx and Westchester. Engel bewailed Jews becoming "the minority in their own country."

"We cannot get to the point where Israel's role as a Jewish and democratic state is at risk...Do you know what a one-state solution means? It means a state where Jews could become the minority in their own country. It means one Palestinian state with no determination for the Jewish people or for the Palestinians. Israel's right to exist as a state that is both Jewish and democratic is incompatible with a one-state solution, period."

The good progressive from Illinois, Jan Schakowsky, sounded a lot like Engel and an old segregationist when she said in a statement that equal rights for Palestinians is a bad thing.

"All Americans need to think about the alternatives to two states. There are only 2 likely options that I see. The first is an ugly, one-state nightmare in which Israel's government tries to retain the West Bank permanently but does not grant equal rights to Palestinians. Were this to happen, Israel would actually become an 'apartheid' state as many wrongly accuse it of being today. The second option is to move toward one state, but with equal rights and equal votes for all. In this scenario, in short order the Jewish population would be in the minority, and Israel as a Jewish state would cease to exist. Would Israeli Jews accept that outcome? Do Palestinians really want that shared state instead of a state of their own? Is that really a state we imagine could live in peace? Every poll we have shows us that Israeli Jews and Palestinians both still prefer two states for two people. And that's what we should help them to achieve"

Imagine for a moment Schakowsky deploring minorities taking over an American political district, and how much white people are opposed!

Schakowsky also boldly declared her Zionism as the answer to Jewish history. Her language is very generational (she's 75). Many young Jews don't feel that Israel is a "miracle" and source of pride:

"As both a Zionist that is, someone who believes that the Jewish people have the right to a state of their own and a person that believes the Palestinians have rights and deserve a viable state of their own, I felt duty-bound to help facilitate the passage of this resolution...

Philip Weiss is a longtime writer and journalist in New York. He co-edits a website on Israel/Palestine, Mondoweiss.net, which he founded in order to foster the movement for greater fairness and justice for Palestinians in American foreign policy. He is currently working on a novel about the US in Australia during WW2.
Related Topic(s): Anti-semitic; Equal Rights; Israel; Jews; Nakba; Palestinian; Two-state Solution; Zionists, Add Tags
Add to My Group(s)
Go To Commenting
The views expressed herein are the sole responsibility of the author and do not necessarily reflect those of this website or its editors.