Republished from The Corbett Report 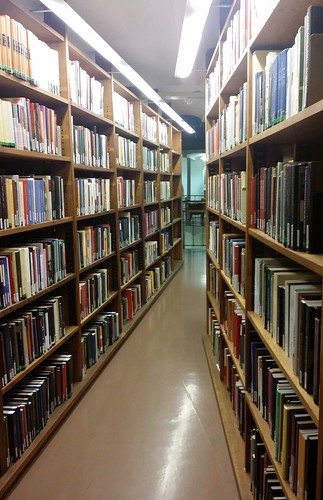 Since books are so central to the work that I do here at The Corbett Report, it should be no surprise that one of the most frequent requests I get is for a recommended reading list. In response to those requests, I compiled a New World Order Reading List back in 2015.

But that obviously wasn't enough so in 2017 I gave people a tour of my bookshelf.

But that obviously wasn't enough so in 2019 I got together with Liberty Weekly to compile a list of another couple dozen books to have in any respectable research library.

But that obviously wasn't enough so I followed up my WWI documentary with a recommended reading list of a dozen books on the First World War.

But that obviously wasn't enough so I just had a conversation with Richard Grove on the Grand Theft World podcast where we recommended another dozen books to read on finance, geopolitics and the New World Order.

But that obviously wasn't enough because the very first response to that conversation was a request for a definitive list of 25 books that "comprehensively explain the geopolitical and societal history as it actually is."

And you know what I say to that? Sure! . . . Well, kind of. You see, of course there is no definitive list of 25 books that will comprehensively explain the world. But I can keep recommending books as long as people keep requesting me to. (Wanna try me? I could easily whip up another list after this one!)

So, without further ado, here in no particular order is another list of 25 books that people who are interested in The Corbett Report should probably read.

Technopoly: The Surrender of Culture to Technology by Neil Postman (more info)

Although better known for his equally indispensable 1985 treatise on Amusing Ourselves to Death, Neil Postman was a prophet of the cyber age whose 1993 book on Technopoly might as well have been written yesterday. I was reading this book last winter and was very excited to begin an in-depth exploration of its insights through a series of podcasts on technology and society that I hoped to release in 2020 . . . and then 2020 hit, so that plan got completely derailed. But for those who are at all interested in the way media and technology are shaping society in profoundly worrying ways, this book is absolutely essential reading. Postman was far ahead of his time, and essentially foresaw the advent of the world wide web before it was even a twinkle in Al Gore's eye.

The Most Dangerous Superstition by Larken Rose (Text / Audio)

My audience will already have heard me implore them to read this book 100 times by now, so here's the 101st appeal! I defy any statist to read this book and not have a significantly different conception of government and its moral worth than when they started.

Yes, the Bible. It is incredible to think that there are those who live or have grown up in a Western country that have not read the Bible. As Tom Holland has emphatically argued, it is nearly impossible for a Westerner (or, to some extent, a human being) not to have been influenced by some of the ideas set forth in this bookeven a self-described progressive agnostic like Holland. Anyway, maybe don't read it all in one sitting, but a familiarity with the text is essential to basic cultural and philosophical literacy.

Related Topic(s): Books; History; Politics, Add Tags
Add to My Group(s)
Go To Commenting
The views expressed herein are the sole responsibility of the author and do not necessarily reflect those of this website or its editors.

Japan Did "Precisely Nothing" Against COVID-19

What in the World is Going On?

Predictions: What Will Happen Next in the Corona Crisis?