The Kimberley Process, or also known as the KPCS, strives to destroy the illegal trade of African conflict diamonds which are also known as blood diamonds. The idea is to also maintain peace and region stability while being an international scheme that conserves the order and balance of rough diamonds trade. Following Resolution 55/56 of the UN General Assembly, the Kimberley Process Certification Scheme was approved in November 2002 in Switzerland. Its official implementation started in 2003, where the primary objective has been to establish a certification scheme within the rough diamonds' international trade that would regulate, supervise, and control import, export, as well as transit trade of any rough diamonds. 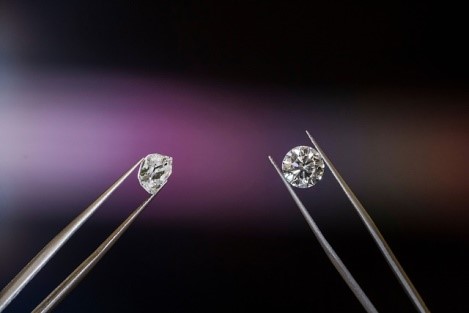 What does the Kimberley Process mean for the countries dealing with diamonds?

If a country wants to be part of the scheme, it needs to ensure the diamonds that originate from that country don't finance any rebel groups or other forms of an entity that seek to overthrow any internationally recognized government. Also, it must make sure that every diamond export is approved by a Kimberley Process certificate, guaranteeing that no diamonds are imported or exported to a scheme non-member. This plan represents a modest description of the measures taken to secure a string of countries that trade only with conflict-free diamonds. By restraining diamond revenues around government-approved origins, the Kimberley Process remains neutral towards any government out there.

The actions that helped reduction of war crime funding

· - Purchasing diamonds from suspicious sources and unknown suppliers are prohibited;

· - No trade will be done with countries that haven't implemented the KPCS;

· - No purchase will be done from sources that have been marked as violators of government regulations regarding the trade of conflict diamonds;

· - No diamond trade will be done with any region held as an advisory subject by a governmental body, symbolizing that there are conflict diamonds that are originating from or are available for purchase in that region. This is not taken into consideration if these diamonds are exported in agreement with the KPCS;

· - Do not knowingly engage in buying, selling, or assisting others in the trade of conflict diamonds;

· Ensure any company employee that is part of the diamond trade is well informed about all trade resolutions or government regulations that might restrict a trade.

With a reasonably quick understanding from many governments of the economic and humanitarian impact that conflict diamonds have in certain regions, the force within the diamond industry started to make a change.

T his article has been published in accordance with opednews.com's disclosure policy'.

I write and publish articles on various topics.
Related Topic(s): Trade, Add Tags
Add to My Group(s)
Go To Commenting
The views expressed herein are the sole responsibility of the author and do not necessarily reflect those of this website or its editors.