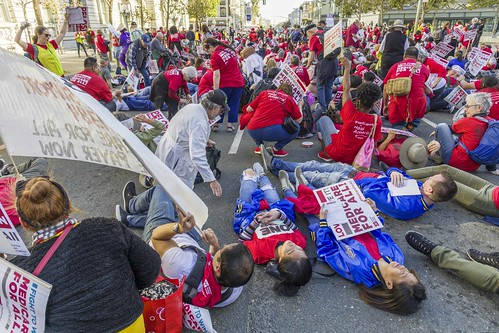 Take careful notice as of March 2020, the United States is operating as a more than strict Democratic Socialist system. The government is regulating aspects of American life economic, social, and medical. The Federal Reserve is printing money and making it available to financial and commercial industries and the public. Americans are being told what to do, what to produce and where they can go.

The Covid-19 epidemic has proven the final test for the capitalist system, which had a temporary rescue by neoliberal free enterprise. After the Reagan administration changed the economic landscape so that budget deficits drove the economy and Capitalism ran on debt, the neoliberal system chugged through several recessions and one major recession, reached its peak, and now has met its fate by a microscopic bug. The capitalist system could not respond to the crisis and fell apart in all its formations economy dropped precipitously, shortages of medical equipment appeared, health institutions did not know where to obtain supplies, workers were stranded, industry did not know how to proceed, and the Republican government reacted too slow and too uncoordinated.

Briefly reviewing the real history of the development of the crisis, which is much different than presented by President Donald Trump, we learn the extent of the failure of the present system in its duty to the American people.

On December 30, 2019, Chinese doctor Li Wenliang noticed seven cases of a virus that resembled Sars. He informed some of his associates that an unusual number of pneumonia cases were occurring in Wuhan.

The next day, December 31, the Chinese government informed the World Health Organization (WHO) in Beijing of the appearance of a possible new virus.

On January 1, the local government closed the food market in Wuhan, the suspected epicenter of the coronavirus outbreak, and performed environmental sanitation and disinfection. WHO requested further information from China.

Because the virus may have leaped from animal to human, it was unknown if the virus could be transmitted by human contact.

To prevent panic, and stall people from leaving Wuhan and possibly spread the disease, the Wuhan Public Security Force (not the central government) accused the doctor of disturbing the public order and prevented him from speaking further on the matter.

On January 7, Chinese scientists announced the identification of a new virus that, like SARS and the common cold, belonged to the coronavirus family

On January 11, China reported the first known death from the coronavirus, a 61-year-old man who bought food at the Wuhan market. WHO received "detailed information" from Chinese authorities that there is "no clear evidence of human-to-human transmission" linked to these coronavirus cases.

On January 15, Wuhan's health commission, in a reply to WHO, released a statement: "The possibility of limited human-to-human transmission cannot be ruled out."

On January 20, Chinese officials confirmed cases of human-to-human transmission, with two patients in Guangdong catching the virus from infected family members and medical staff also testing positive for the virus.

On January 24, a week before travel restrictions, the Center for disease control (CDC) confirmed two cases of the novel coronavirus in the U.S. from people who had returned from Wuhan, China.

Dan Lieberman is the editor of Alternative Insight, a monthly web based newsletter. His website articles have been read in more than 150 nations, while articles written for other websites have appeared in online journals throughout the world(B 92, (more...)
Related Topic(s): Citizens; Democratic Fiscal Policy; Democratic Legislation; Democratic Socialist; Democratic Socialists Of America; Failure; Pandemic, Add Tags
Add to My Group(s)
Go To Commenting
The views expressed herein are the sole responsibility of the author and do not necessarily reflect those of this website or its editors.