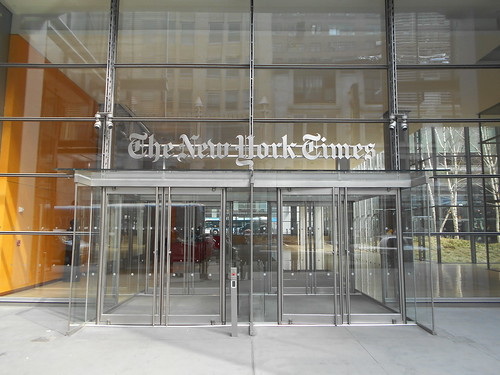 The U.S. government has now generated numerous news stories and released multiple "reports" aimed at persuading us that Vladimir Putin is to blame for Donald Trump becoming president. U.S. media has dutifully informed us that the case has been made. What has been made is the case for writing your own news coverage. The "reports" from the "intelligence community" are no lengthier than the New York Times and Washington Post articles about them. Why not just read the reports and cut out the middle-person?

The New York Times calls the latest report "damning and surprisingly detailed" before later admitting in the same "news" article that the report "contained no information about how the agencies had collected their data or had come to their conclusions." A quick glance at the report itself would have made clear to you that it did not pretend to present a shred of evidence that Russia hacked emails or served as a source for WikiLeaks. Yet Congresswoman Barbara Lee declared the evidence in this evidence-free report "overwhelming." What should progressives believe, the best Congresswoman we've got or our own lying eyes?

Supposedly the evidence has been made public and is overwhelming, but try to find it and you'll come up dry. Ask why, and you'll be told that of course the evidence cannot be made public as that would risk revealing how the U.S. government came upon the information. Yet the same government feeds the U.S. media with the story that it intercepted communications of top Russian officials just after the U.S. election celebrating Trump's victory. Did that story not run that risk? The U.S. government feeds the U.S. media (specifically the "free" press of the Washington Post whose owner makes more money from the CIA than from the Washington Post) that Russia has hacked Vermont's electrical supply, and -- because this was a claim that could be checked by an independent party -- the secret methods of the CIA quickly turned out to be these: they had simply made the thing up.

Even the NSA will commit only to "moderate" confidence in what millions of Democrats will now stake their lives (and potentially everybody else's) on. Former top NSA expert on this stuff William Binney swears the claims are utter nonsense. IP addresses produced as supposed evidence turn out in at least many cases to have nothing to do with Russia at all, much less the Russian government.

When the "17 intelligence organizations" put their collective multi-billion-dollar brains together and report on anything that's publicly available, they tend to get it wrong. The facts about Russia's television network in this latest "report" misidentify personnel, describe old programs as new ones, and screw up dates by failing to recognize that in some parts of the world people list the day before the month. Yet we are supposed to believe that anything they say about topics not publicly available must be true -- despite having proved false over and over again for decades.

WikiLeaks, which never claimed Iraq had WMDs, never alleged Gadaffi was about to commit a massacre, never sent missiles from drones into a single wedding or hospital, never concocted tales of babies taken from incubators, never screwed up its claims re chemical weapons attacks or the shooting down of airplanes, and in fact has never, as far as we know, tried to lie to us at all, says Russia was not its source. Julian Assange clearly does not think Russia used someone else to pass information to him. He could be wrong. But Craig Murray, a diplomat with a stellar reputation for honesty, claims to know at least one source and to place them in either the NSA or the Democratic Party.

Of course, having a plausible alternative account is not necessary to recognize that the U.S. government has no evidence to support its account. But the fact is that Murray's and numerous other scenarios are perfectly plausible. One ought to await evidence before declaring one of them fact. But we can go ahead and declare the CIA's story less and less likely with each passing day. NSA whistleblowers like Binney believe that if this story were true the NSA would have evidence of it. It is safe to assume that if the NSA had evidence of it, some outline of that evidence would have been made public by now, rather than all the fluff, nonsense, and incompetent false attributions of IP addresses to Russia, etc.

As each new perfumed pig of a report is released in Friday evening news dumps, we can advance ever closer to declaring that, while the Russian government has indeed done far worse things, it did not do this.

In fact, the latest report doesn't just produce no evidence of hacking and providing to WikiLeaks. It also tries to change the subject to things Russia openly and publicly did, that nobody disputes, but that the "intelligence" agencies still manage to screw up all the details on. I once, no kidding, invited a former CIA agent to speak at an event on the National Mall in Washington, D.C., and the guy was late because he was unable to find it.

The accusations against Russia in the latest "overwhelming" report include: favoring proposals to work with Russia over proposals to build hostility (shocking!), and running a television network that many people in the United States choose to watch (the outrage! how capitalistic!). And the television network is accused of cheering for Trump's election -- as if the British media wouldn't have cheered for Clinton's -- as if the U.S. media doesn't cheer for election winners abroad all the time. This network, RT, is also accused of covering third-party candidates, fracking, Occupy, vote suppression, flaws in the U.S. election system, and other forbidden topics.

Well why do you think people watch it? If the U.S. media gave good time to third-party candidates, would people have to turn elsewhere to learn about them? If the U.S. media could be trusted not to claim a U.S. government report was "damning" in the same article that would later admit it was devoid of evidence, would people in the U.S. search for alternative sources of information? If the U.S. media allowed honest reporting on Occupy or fracking, if it opened itself up to a wide range of points of view and debate, if it allowed serious criticism of U.S. government policies supported by both big parties, would people despise it the way they do? Would people cheer when a fascist buffoon like Trump denounces the media? Isn't the U.S. media's awfulness, combined with the incredible free airtime it gave Trump, a fair target of blame for his becoming president?

When I go on RT and suggest that the United States should end all its wars, and that Russia should too, I'm invited back on. The last U.S. network to have me on was MSNBC, and I opposed U.S. warmaking and was never heard from again. Perhaps most people watching U.S. media don't quite realize that there are no antiwar voices allowed, no voices that actually want to abolish war. Yet most people feel there is something missing, on this and most topics. There's lots of supposed debate on U.S. media, yet a dim -- or glaring -- awareness among viewers and readers that the debate is severely limited.

Here's an example close-to-hand: Whoever revealed to the U.S. public additional evidence that the Democratic Party had slanted its primary against Bernie Sanders did us all a favor. Those who still wanted to vote for Hillary Clinton (which was clearly most if not all the people who did before) could still do so. But anyone who approved of Hillary Clinton's disastrous decades-long record and yet objected to the unfair primary could choose not to vote for her. An informed public is a more democratic one, not less. Whoever informed us aided our democracy. They didn't damage it. And whoever informed us was not themselves responsible for rigging the primary against Sanders. That was the Democratic Party. But this point of view is neither permitted in the U.S. media nor consciously missed, because the topic has been focused on whodunit rather than what-did-they-do.

David Swanson is the author of "When the World Outlawed War," "War Is A Lie" and "Daybreak: Undoing the Imperial Presidency and Forming a More Perfect Union." He blogs at http://davidswanson.org and http://warisacrime.org and works for the online (more...)
Related Topic(s): Media; Russia And Us Conflict; Russia Bashing; Russia China Iran Hackers; Russian Diplomacy; Russian Foreign Policy; Russian Hacking; Russian Influence; Russian Jet Downed; Russian Military Strategy; (more...) Russian Propaganda, Add Tags  (less...)
Add to My Group(s)
Go To Commenting
The views expressed herein are the sole responsibility of the author and do not necessarily reflect those of this website or its editors.