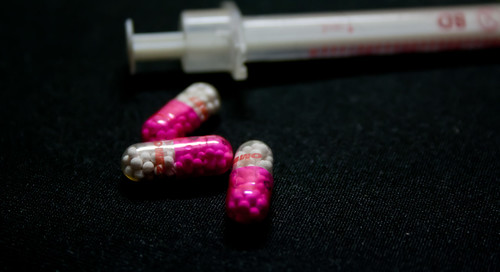 Methadone treatment can be highly effective and is most commonly suggested by doctors to help patients with heroin or other narcotics addictions. Methadone itself is a narcotic, which simulates the effects of heroin or other drugs without giving the user the same "sensations" or "high" that they're used to.

Methadone treatment can be crudely compared to a nicotine patch, with a similar goal to ween one off tobacco, or in the case of methadone, heroin. Methadone, however, comes with a much bigger stigma than something like a nicotine patch. The simplest explanation for methadone treatment is that it's a drug being used in place of another drug, and that makes some people think it's not the best solution, but many doctors believe that methadone is the best way to treat heroin addictions, when administered properly.

Pros and Cons of Methadone Treatment

Methadone came about in the late 1930's so it has been around for quite some time. It was invented for the same reason it's used today, as a way to treat dependence. While the laymen description of methadone is a drug being put in place of another, it's a little more complex than that. One of the reasons I see nothing wrong with proper methadone rehab is that each case is treated separately.

One of the factors that goes into deciding methadone dosage is how much heroin an individual has used. This prevents any more damage being inflicted on the body while still imitating the same effects as the narcotics being substituted before. The risk still exists, as it is very possible to become addicted and overdose on methadone. I still believe that the benefits outweigh the risks by far.

The cons for methadone treatment are pretty much directed to the side effects. If one is not taking care of oneself during treatment and drinking plenty of fluids, one can be more easily subjected to the common symptoms, which sound like the symptoms of any drug. Vomiting, nausea, headaches and troubled breathing, which make up only half of the most commonly listed side effects for methadone use. If one were to compare the pros and cons of methadone to heroin, I think methadone is still a better choice. Heroin can make one do some very desperate things, including having the will to commit criminal activities just to get their fix.

My View on Methadone Treatment

Addiction to narcotics or drugs of any kind has never been an issue in my own life. I do get intrigued by stories of addiction and roads to recovery. In almost every story and documentary I've seen on the topic, there is a common necessity for recovery. The one thing above all the treatments that mattered most in changing one's life is a support system.

Many people in treatment end up addicted to methadone. This is where the support matters, as it should be a requirement when taking a dose, right next to "take with food." When I think of methadone treatment being administered properly, along with doctor supervision, this is the major factor that makes or breaks the treatment.

Staying hooked on heroin or any narcotics is a sure path to major health issues resulting in death. Any kind of treatment requires one to follow steps, whether it is a remedy for a sore throat, stomach flu, or heroin addiction. Methadone rehab is no different, so if followed as intended, it can be an effective method of addiction treatment.

Blake loves to write about the world of addiction treatment, personal stories of recovery and hope, and news related to drug legislation and laws in the hopes of helping those who need it, find recovery in the United States.

Related Topic(s): Addictions; Heroin, Add Tags
Add to My Group(s)
Go To Commenting
The views expressed herein are the sole responsibility of the author and do not necessarily reflect those of this website or its editors.

Trump's Answer to the Opioid Epidemic