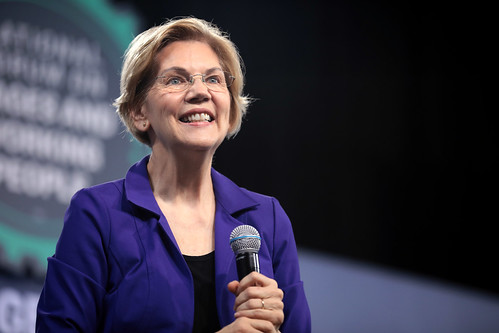 President Trump has now fulfilled his disastrous promise to pull the United States out of the Paris Climate Agreement. The agreement represents decades of work by both Democratic and Republican administrations to achieve a common goal: bringing every country of the world together to tackle the climate crisis, the existential threat of our time.

President Trump surprised no one with his decision to withdraw from the agreement. It is yet another reckless choice in line with his steps to roll back our bedrock environmental laws, which have cleaned up our water and our air for decades. But that doesn't minimize the gravity of his latest move. Trump is not only ceding American leadership at a critical juncture in the fight against climate change, he's also giving away American jobs in the clean energy economy of the future walking away from the greatest economic opportunity of our time.

Related Topic(s): Climate Change; Climate Change Deniers; Climate Crisis; Trump, Add Tags
Add to My Group(s)
Go To Commenting
The views expressed herein are the sole responsibility of the author and do not necessarily reflect those of this website or its editors.