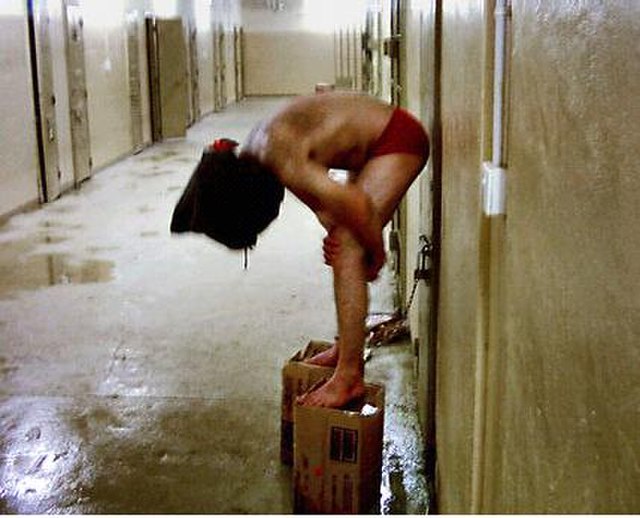 Twenty-two-year-old Aron Dilawar grew up and lived on his family farm in the small town of Yakubi. He was a slight man standing 5'9" and weighing 122 pounds. He suffered from asthma and had a minor heart condition, but was otherwise in good health. He was married and had a young daughter.

In November 2002, Aron's family bought him a used Toyota sedan so that he could make a living as a Taxi driver rather than work on the farm - labor that he was not really cut out to do. On December 5 of that year, Aron's mother asked him to fetch his three adult sisters who lived in near-by towns so the family could celebrate an upcoming holiday together. However, at the time Aron was short of gas money, so he decided that he would first drive to the small capital city of Khost to look for fares. He was in luck. He found three passengers that needed a ride in the direction of his hometown.

As Aron drove past a notorious military post used by the brutal regime that was running his country, his taxi was stopped by one of the regime's local guerilla commanders. Aron and his three passengers were at once accused of being terrorists and herded by the guerrillas through the gates of the military post. There, soldiers handcuffed the four men to a fence where they spent their first sleepless night in custody. The captives were then transported 200 miles north to the regime's stronghold. After a brief but brutal interrogation, Aron's three passengers were flow to the regime's main off-shore prison complex where they were held for 15 months without charges. Aron was not so lucky. He was held at the regime's stronghold and tortured. While in his cell, Aron had his hands chained so that they remained suspended above his head. He was routinely beat, stripped naked and given painful rectal exams. Grilled about his terrorist activity, Aron could not deliver the information his torturers wanted to hear since, in fact, he was not a terrorist. Shackled, Aron was given knee strikes with a club. Each time he was hit, Aron cried out "God!" His captors thought this funny and would routinely visit his cell and strike Aron in his legs simply to hear him cry out in a language that they did not understand. Over one 24 hour period, Aron was beat in the legs over 100 times. During his fourth interrogation, Aron had his bare feet stepped on and was kicked in the groin. After a while, the questions stopped and Aron was just kicked and hit. He was taken from that session back to his cell where he had his hands chained to the ceiling keeping him in a standing position until the next morning.

At the time of his final interrogation, Aron was incoherent. He was so weak and tired that he was unable to kneel or look up as his tormentors required. He was shoved against the wall and ordered into a "stress position" (a wall sit), but Aron's head slumped to the side and he began to fall asleep. He was violently shook a wake. When Aron asked for a drink of water, one of his jailers took a water bottle, poked a hole in the base, and then forcefully squirted the contents into Aron's face cause him to choke. After the session ended, Aron was taken back to his cell and once again chained to the ceiling. By morning, he was dead.

A post-mortem done on Aron's body showed that his legs had be "pulpified" buy the blows. Had he survived, the coroner stated that his legs would have had to be amputated.

Aron's brutal death received no media coverage at the time. His family was not told what had happened to him. They were not able to report things like, "Aron was a warm, engaging, brilliant young man whose curiosity and enthusiasm for life knew no bounds." His best friend, Bacha Khel, was not able to share with the world statements like, "If Aron had anything family-related that he needed to do, there was absolutely nothing you could say to him to convince him to do stuff with you," or that "He was funny as all get out," or "He was a man of extraordinary character." People in his hometown were not able to espouse sentiments like, "He had the biggest heart of anyone I knew," or "I didn't know Aron personally, but in Yukubi that doesn't matter. Everyone is family. When we lose one of our sons it really hits home." Aron was buried in virtual silence.

As America's twenty-four hour media laments the death of twenty-two-year-old Otto Warmbier, coverage that not only angers and saddens us all, but may serve as a pretext to war, we would do well to remember that twenty-two-year-old Aron Dilawar committed no crime nor sought out the regime that killed him. The regime came to him. He died on December 10, 2002 at the hands of America soldiers at Bagram Air Force base, Afghanistan.

While there is only one Otto Warmbier that we know about, there have been hundreds of Aron Dilawars tortured in places like Bagram, Abu Ghraib, Guantanamo Bay, and countless U.S. "black sites" strewn throughout the world. While lack of media coverage that humanizes the victims of atrocities committed by the U.S. may tip the scales when it comes to moral outrage directed at our official enemies, you can be sure that these enemies love their innocent dead just as much as we do.

*In all the reports detailing Dilawar's story, no first name is given. I chose the Afghani first name of Aron -- meaning "exalted one" -- to humanize him. The quotes speaking to Aron's character in this piece were lifted from media accounts related to Otto Warmbier.

Michael Galli is the Dean of Students at Rivendell Academy, a small 7-12 interstate public school on the New Hampshire / Vermont border, where he teaches classes on media and U.S. foreign policy.

Related Topic(s): Atrocities; Media, Add Tags
Add to My Group(s)
Go To Commenting
The views expressed herein are the sole responsibility of the author and do not necessarily reflect those of this website or its editors.

I Went to a Parade and Lived to Tell About It

Gershman, NED, and the Ukraine

If Blair is a War Criminal, What Does that Make Bush?